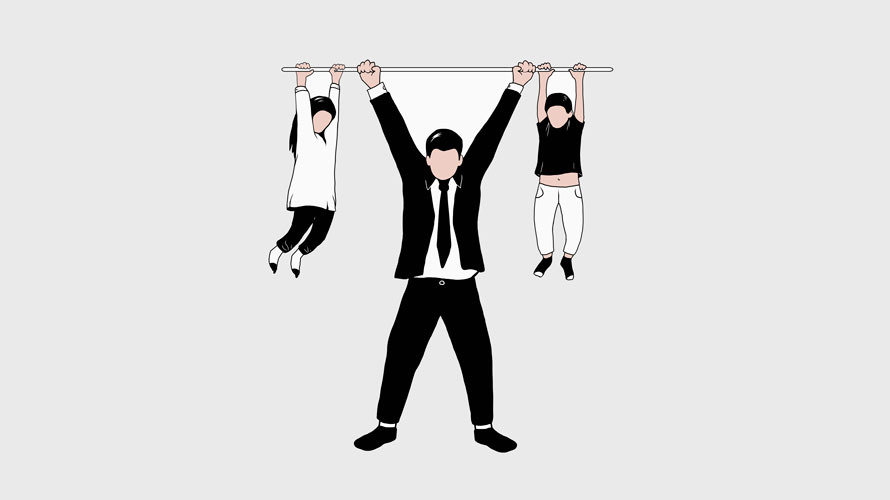 Kids are learning more from this day than they're given credit for. - Credit by Getty Images

My father didn’t just take my brother and me to work; he liked to joke that he put us to work. Admittedly, my father celebrated this holiday more often than I’m sure many of his employees liked. To this day, I still have to live down stories of the havoc my brother and I wrought as we ran wild in the halls.

To those employees of my fathers I haven’t had the privilege of apologizing to yet, please accept them now but also accept my thanks for my career that I wouldn’t have had without you. It has been 24 years since I ran wild at Macromedia, but it is only recently that I am starting to fully appreciate what those days did to shape who I am and how I move through the world.

I have no doubt I wouldn’t be at this point had I not gotten such a head start. Here are a couple of things I learned from those days.

Offer a seat at the table 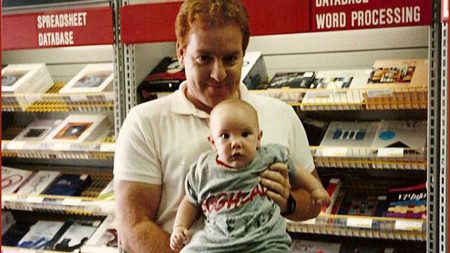 Some of the earliest memories of my childhood are sitting in what felt like impossibly big chairs in Macromedia’s boardroom while my dad took meetings. My father at the time was the vp of marketing and was already well-established as a firebrand and eccentric, so his kids running around underfoot was likely the least of anyone’s worries.

While my father’s employees indulged him—and by proxy, me—I was delightfully unaware of that. I felt grown up getting to participate and vote on logos, colors and pictures. I felt like my voice mattered, and when a decision was made, I felt like I had contributed.

As a child, it never occurred to me that at some point in the future I couldn’t have a seat at that table or any table. Looking back now, I can’t help but wonder how different my life would be if I didn’t grow up with the privilege of assuming that I had the right to an opinion. That when my opinion was expressed at the right time and right place, it would be valued. I grew up with the privilege of having no idea that I might not have a seat at the table. And while a combination of growing into self-awareness and dealing with imposter syndrome that has likely tempered that childlike self-assurance, it hasn’t completely destroyed it.

The CD was revolutionary. Rather than trying to sell software by explaining the product, my father’s company sold them by showing what you could do with them.

My father always credited his success to his refusal to play the game. In meeting after meeting, he would always say, “We haven’t won until they change the rules about what we just did.” The was the Showcase CD that was considered as the win for them.

Overnight, they changed how software was sold. No longer did you have to set up a demo with a rep; they created an unlimited 24-hour salesforce essentially for free. I would listen to a room full of people in those meetings as they thought about what had been accepted as the rules and brainstormed how to break them.

Hire people smarter than you

I felt grown up getting to participate and vote on logos, colors and pictures. I felt like my voice mattered, and when a decision was made, I felt like I had contributed.
I got to learn from the exceptional people my dad worked with. My dad had one simple rule: Never hire anyone who isn’t smarter than you. As a result of his love of changing the rules, my dad hired more women than almost any other executive in tech at the time. As a little girl, I was totally unaware that there were jobs women don’t have.

More than just women, he hired people from all sorts of backgrounds, himself being an art history major who graduated from college by the skin of his teeth. Each of these people brought a unique point of view to their team.

That exposure to so many different points of views and styles from such an early age enabled not only an appreciation of various perspectives but the idea that I could still learn from everyone. More importantly, I learned that not only did I have a seat at the table, but so did everyone else.

My dad hired the brightest people and then pushed them; he was rarely easy. He kept a framed magazine cover of himself with the caption “America’s toughest bosses” in his office.

His meetings were war rooms. He prided himself on his work ethic and expected nothing less from his teams. Those meetings required excellent preparation and being prepared to fight, convince and cajole, knowing when to stand your ground and when to back down.

I paid careful attention to anyone who could convince my father of anything. At the time, it was mostly just childish enlightened self-interest. I was desperately looking for ways to convince my parents I really did need that pony. However, in hindsight, it was a crash course in interpersonal skills and power brokering. Winning his approval required a combination of technical excellence, compelling strategy and engaging delivery. I watched meeting after meeting of different people’s attempts and saw what worked and what didn’t. When I eventually got older and had to sit across the table in the hot seat of my own, I had the benefit of having seen these interactions.

I can’t tell you what lessons your son or daughter will be thinking about in 25 years, but what I can tell you is that they will be grateful for the skills they learn. My brother and I have made very different choices in our careers, and yet both of us often draw on those early experiences and credit them with our successes. Neither of us would be who we are nor where we are in our lives without having been included.

If you have children, include them and talk to them about your work. Ask for their thoughts. Don’t just park them in a conference room with HR for an afternoon to do arts and crafts. If you don’t have children but have the opportunity to engage your colleagues’ children, attempt to do so. You are investing in your future employees and coworkers.

Mc Kenna Walsh is head of business development at VentureDevs.