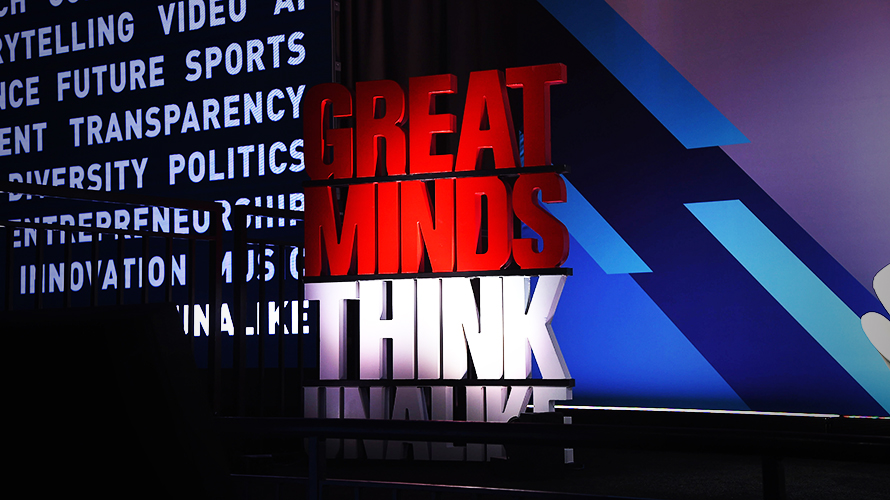 The year was different, but the conversations were the same. - Credit by Getty Images

Attendees at Advertising Week this year could be excused for feeling a sense of deja vu. As the industry moves deeper into a digital revolution, it remains in a state of flux, facing what seem like constant threats on all sides.

Yet the topics were oddly familiar. Famously crusty “ad contrarian” Bob Hoffman described the calendar in a tweet as “five days of horseshit about every imaginable cliche.”

Most agency vets were less dismissive, but all remained painfully aware of their existential crisis.

What is an ad agency, and should I start my own?

Advertising Week opened with a classic refrain: Advertising is dead; long live advertising! In a debate at least as old as the hills, multiple panels pondered what it means to work in the industry today and how one should define the word “agency,” exactly. All parties did at least agree that agencies must adapt or die—and soon.

Despite all this hemming and hawing over sustainability, many executives remained defiantly positive. Johannes Leonardo offered attendees a how-to panel on launching one’s own indie operation, and 72andSunny made the case for optimism while leaders from Wieden + Kennedy, Joan and Mekanism argued that you, the reader, should chase your dreams of agency ownership with an ominous “… but.”

And yes, there was a panel on creative consultancies. But Martin Sorrell thinks agencies only need to worry about them when they tell clients, “you’re spending too much on marketing.”

Repairing the trust between agencies and clients

Sorrell also addressed brand safety, stating that the Facebook-Google duopoly must “take responsibility for what flows through their pipes.” But if you read this and other trade journals, you might be more interested about declining trust between agencies and their clients.

On the media side, GroupM’s Sarah Warner said she’s seen programmatic advertising begin to rebound after a “potential exodus out of programmatic because of issues with ad fraud” earlier in the year. Others disagreed, arguing that the ball remains in Facebook and Google’s court.

Creatively, the general consensus held that agencies and clients must be clearer about the nature of their relationships, with Principal Financial Group senior vice president and CMO Beth Brady arguing that nitpicking on either side is “not good for the creative process.”

So how have Audi and Venables Bell & Partners spent 10 happy years together? Honesty and respect, said Audi’s vp of marketing Loren Angelo. If only it were that simple.

As Advertising Week got started, HP released the results of its much-hyped agency diversity study, revealing that its partners had hired and promoted more women over the past year. Yet, while minority representation also crept up, it remains below HP’s goals, and most Advertising Week panels came to the same conclusion.

One executive on a 4A’s talent and diversity panel said the diversity issue would only change “if we have some unfortunate incendiary action.” For Detroit’s Campbell Ewald, that action was 2016’s “Ghetto Day” email scandal, which led to the firing of CEO Jim Palmer. Successor Kevin Wertz and others explained how the organization moved beyond that moment, with strategic planner Ken Walker elaborating on a series called Courageous Conversations at which staffers respectfully discuss hot-button issues like police violence and the Black Lives Matter movement.

The creatives of Saturday Morning went a step further, working with sponsors like Airbnb and P&G and creating a line of underwear bearing slogans like “I’m A Father” and “Please Don’t Shoot.” Jenner herself largely went unmentioned, but the specter of Pepsi’s PR crisis hung over the entire event.

How do you solve a problem like The Donald?

Is America so divided that appeals to our better angels are doomed to fall on deaf ears?

Reputation Doctor Mike Paul, like Paul Jankowski before him, argued that marketers need to take more time to understand the average Trump voter. Y&R executives essentially did the same in a panel discussing the “cultural immersion” practice in which teams embedded across Middle America for months at a time.

For MDC Partners CEO Scott Kaufman, however, the white nationalist rally in Charlottesville, Va., this summer was the last straw. At a “CEO Action for Diversity and Inclusion” panel, he explained that his daughter warned him against over-sharing on social media, adding, “Then Charlottesville happened, and I couldn’t stop myself.” During the same panel, IPG CEO Michael Roth celebrated the unexpectedly positive response to an all-staff memo he sent the day after the incident urging unity.

On the lighter side of things, Gyro executive creative director Kash Sree may have asked the most important question of Advertising Week 2017: Are you an asshole? His answer was, essentially, yes … and?

@ErikDOster erik.oster@adweek.com Erik Oster is an agencies reporter for Adweek.
@PatrickCoffee patrick.coffee@adweek.com Patrick Coffee is a senior editor for Adweek.