The annual event had been rebranded as Accelerate 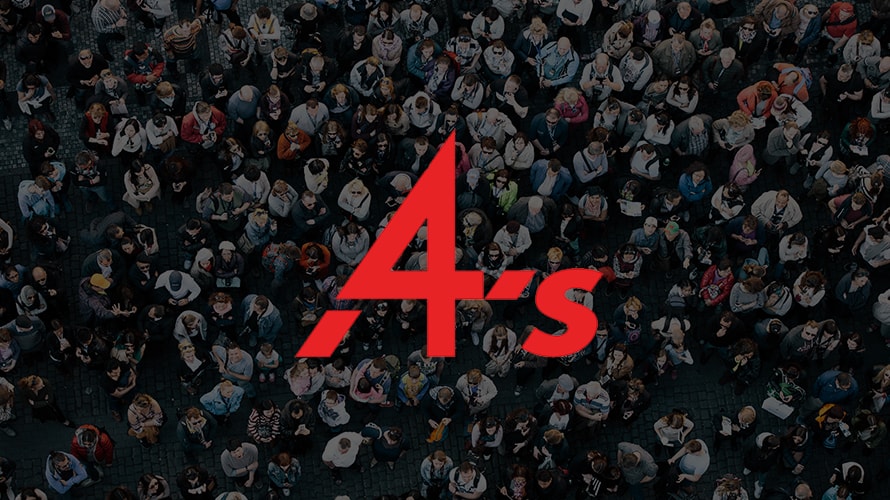 The 4A’s, the organization founded in 1917 that serves more than 700 member agencies across 1,300 offices, announced today a restructuring of sorts, pivoting to events that focus on “tangible actions.” In doing so, the organization is canceling this year’s annual spring conference slated to be held in Los Angeles (which was rebranded in 2018 as Accelerate from Transformation).

Instead, in 2019, the 4A’s will host shorter forums, including an inaugural Decisions 20/20 event from March 25-26 in Washington D.C. Decisions 20/20 will aim to tackle industry concerns around data, media technology and privacy—issues that have come to the forefront over the past few years thanks to the ANA’s 2016 transparency report and various data breaches that have plagued the likes of Facebook and Google.

That forum will focus on “pressing” keynote speeches, debate-oriented panels and smaller breakout sessions that foster live learning across two days, compared to the Accelerate conference that was primarily an extended weekend of panel discussions, according to the 4A’s.

"We took a step back and really looked at this year's program and our overall event strategy."
Marla Kaplowitz, president and CEO, 4A's

Still, president and CEO Marla Kaplowitz told Adweek that, for now, Accelerate is only on pause.

“We took a step back and really looked at this year’s program and our overall event strategy,” Kaplowitz explained. “The event was doing well and resonating with our members, but there was a time commitment factor.”

She said “everyone is so busy” and “there’s a flood” of existing advertising conferences already, so the 4A’s wanted to ensure that its own events are “worth the time.”

Part of that strategy will include the 4A’s building out its popular annual Management Practitioners’ Forum (MPF) as a standalone event to take place from April 29-30 in downtown Chicago. The MPF was previously an off-shoot of larger 4A’s conferences, but due to attendees’ increasing amount of positive feedback, the 4A’s decided to expand on it.

Kaplowitz said the MPF has been the 4A’s “number one” event at its annual spring conferences. It brings together clients and dozens of otherwise-competitive agency leaders to discuss collaborative efforts to drive change in the industry, she explained.

The MPF is also always closed to the press, so “agency entrepreneurs” (as the 4A’s described them) can openly share guidance, solutions and suggestions on challenges that are hindering daily agency operations. Content at the Chicago forum will relate to topics around the future of marketing, talent, clients’ wants and need, the increasing competitive landscape, agency value creation, “punching above your weight” and getting paid what you’re worth.

Kaplowitz added that every MPF speaker “must end their conversation with three to five takeaways, so it’s very action-oriented.” She noted agency compensation is always the most popular topic there.

The 4A’s said it will invite speakers from across the business community to both Decisions 20/20 and the MPF, with lineups slated to be unveiled early next month.

This pivot in event strategy is something the 4A’s has been prepping for over a year. In 2018, the organization had already rebranded its annual Transformation conference that was launched in 2010 as Accelerate to focus on creating more impactful experiences for attendees via hosting more workshops and Q&A discussions. Transformation focused on keynote speeches and panels.

As an example of what to expect, look to the 4A’s announcement of the formation of the Advertiser Protection Bureau at the 2018 conference. The bureau is a group of designated leaders from each agency holding company that works to identify and alert agencies and their clients of ads in potentially unsafe environments, which the 4A’s described at the time of the announcement as brand safety incidences.

Kaplowitz said members should anticipate seeing momentum around more of these initiatives that “drive the industry forward” at its future events.

“At the end of the day, you need people to come and experience [the event] and commit the time,” Kaplowitz said. The new strategy “keeps in line” with the 4A’s aim to position itself as the organization that allows “the industry to thrive well past 2020.”