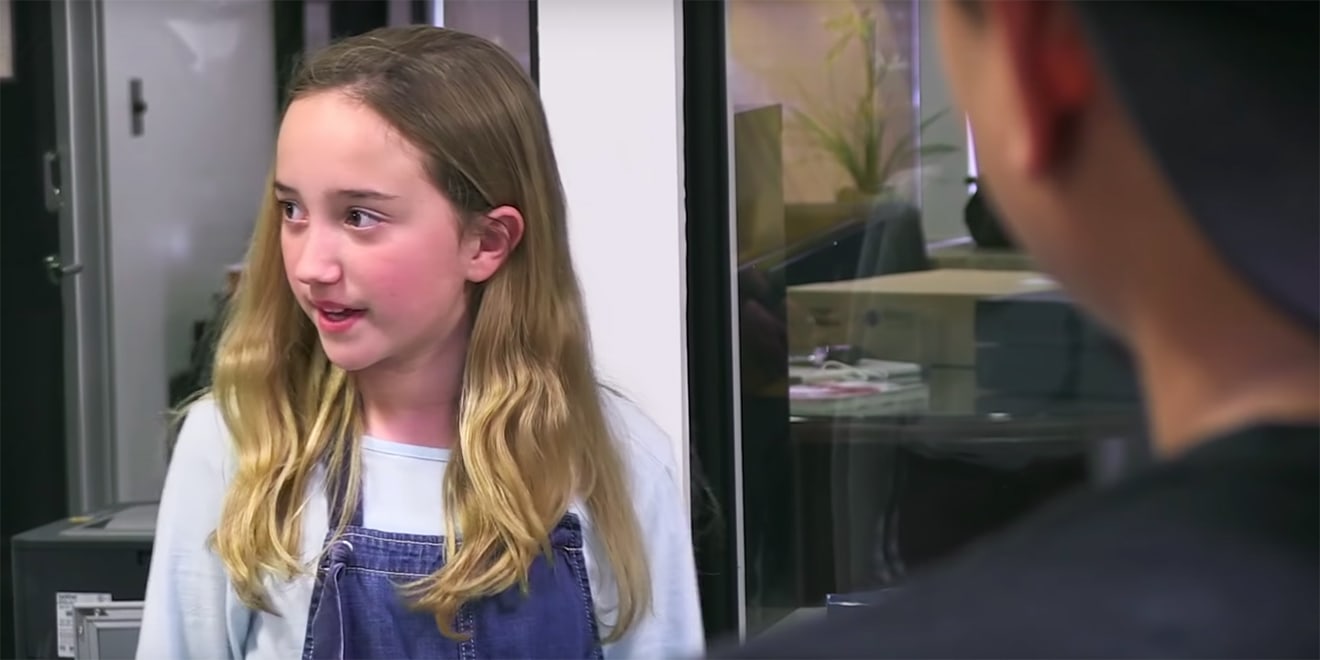 Kayleigh teaches a group of adult coworkers the tips she's learned from many lockdown drills at school. - Credit by March for Our Lives

We all wish we could protect children from the horrors of our world, but one of the darkest ironies of modern life is that preparing for mass killings has become an aspect of everyday life for schoolkids, while adults rarely think about it beyond the newest grisly headline.

To help show adults just how pervasive the idea of “active shooter” preparation has become in schools, advocacy group March for Our Lives and agency McCann New York have created a gut-wrenching PSA in which a child named Kayleigh surprises a workplace by arriving to be the group’s active shooter training coach.

According to March for Our Lives, 95% of today’s schoolkids—some as young as 5—have been trained on lockdown drills to prepare for the possibility of a shooter in school. As Kayleigh illustrates in the PSA, they’ve learned to hide quietly, stand on toilets, barricade doors and (perhaps most heartbreakingly of all) that “if the shooter comes into the room, screaming won’t do anything.”

Specifically the PSA asks viewers to support legislation requiring universal background checks for firearm purposes, though the lesson clearly goes far beyond one call to action. March for Our Lives also supports extreme-risk protection orders, safe-storage laws and other measures that could prevent gun violence including mass shootings.

Since April 15, March for Our Lives has also been running an ad campaign in Times Square, where the group estimates it will reach 5.5 million people over two weeks.

March for Our Lives and McCann have collaborated on several other awareness and advocacy campaigns together, including the Price on Our Lives initiative that divided the amount of NRA donations to politicians in each state by the number of students to determine a “price” of each life that might be lost in a school shooting.

McCann also partnered with Kesha to create an intricate, looping music video about the cycle of gun violence.