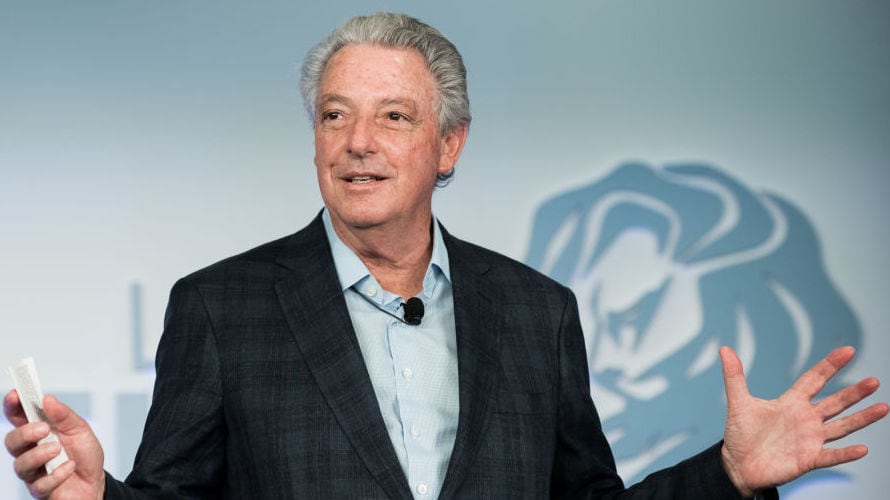 'That's not news,' Roth said of Accenture and other firms competing with his company. Getty Images

Michael Roth has been watching his competitors’ headlining moves in recent months, and he is less than impressed.

“Our economics are sound, especially in the U.S.,” he said, with 5.7% organic growth in that region. Investors responded in turn, boosting IPG’s stock price more than 5% in afternoon trading.

"These continue to be outstanding results, especially when compared to our peers."
Michael Roth, chairman and CEO, IPG

Net revenue for the holding company this quarter was $2 billion, an increase of 13% over the same period in 2018. That number seemed to reflect Roth’s assertion that the integration of Acxiom is “going along very nicely,” and management claimed in a statement that the company is on track to achieve 2% to 3% organic net growth for the year.

“These continue to be outstanding results, especially when compared to our peers,” he added.

That said, Roth acknowledged that the effects of several major account losses, such as Fiat Chrysler and the U.S. Army, would hit in the second half of 2019—much as WPP saw a dramatic dip in North American revenue this quarter.

He also made a point of questioning the value of recent acquisitions made by Publicis Groupe and Accenture, which bought data firm Epsilon and creative agency Droga5 earlier this month, respectively.

He had particularly harsh words for the rival holding company.

“[Mergers and acquisitions] isn’t an easy thing to do, and the history of integration there hasn’t exactly been stellar,” he said in an apparent reference to Sapient, calling Epsilon “an attempt by Publicis to be more in line with ourselves and others in the industry.”

Forrester principal analyst Jay Pattisall described this line of criticism as “ironic,” stating, “Roth was not at all clear about the integration of Acxiom except to say that they’re sitting at the table.”

According to Pattisall, observers believe that the data firm has begun working directly with IPG Mediabrands but not the creative agencies that are less “receptive to data-driven insights.” For example, it’s understood that Acxiom played a key role in helping UM win recent pitches for Amex and Charles Schwab.

Regarding Accenture and similar firms creeping in on holding company territory—an idea reinforced, yet again, in this week’s WPP annual report—he said “that’s not news.”

Roth acknowledged that IPG agencies view consultancies as challengers but said the two companies rarely compete directly against one another in RFPs. Instead, these firms bypass the process by expanding their relationships with existing clients.

The chairman voiced skepticism of the Accenture/Droga5 integration, which he said “is going to be interesting to watch.” He added a final critique by stating, “I don’t think there was a lot of integration going on” with the agency’s former minority owner, Endeavor.

“Roth is a little too quick to dismiss a growing competitor that has deep pockets and works with 95% of the Fortune 500,” Pattisall said.

For now, however, IPG is quite happy with its standing.