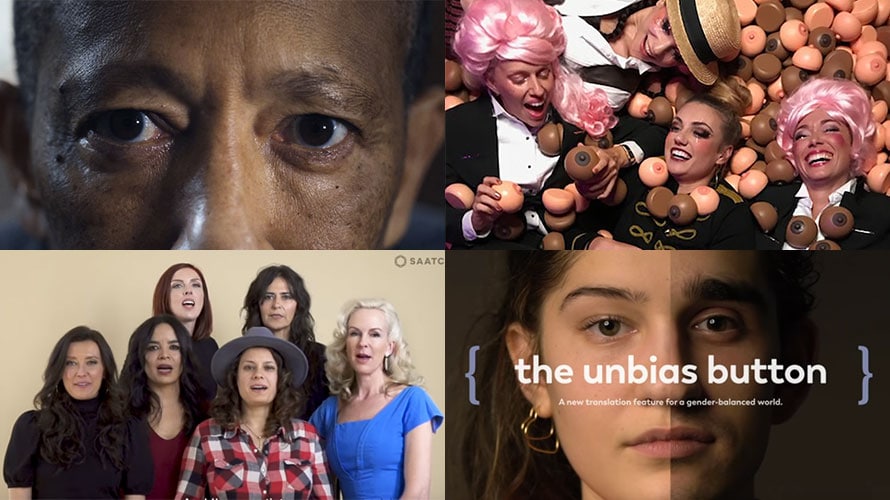 Even in 2019, women are far too rare of finds in the advertising industry—even more so in C-suite level positions.

To encourage the advancement of women in the industry and celebrate their own illustrious female leaders and creatives, agencies across the U.S. are either partnering with their clients or acting on their own to create unique campaigns and projects around International Women’s Day on Friday.

At SXSW on Friday, Huge unveiled what probably should have been invented years ago: the smart tampon dispenser. Called the “Hooha,” the dispenser currently resides in the Female Quotient’s FQ Lounge at SXSW and requires just a simple text to release a tampon—eliminating the archaic coin-operated mechanism.

“We’re so excited to be unveiling Hooha at SXSW on International Women’s Day, where we can rectify the decades-old tampon dispenser problem—and, at the same time, communicate the need for more women in tech,” said Steph Loffredo, senior social marketing manager at Huge. 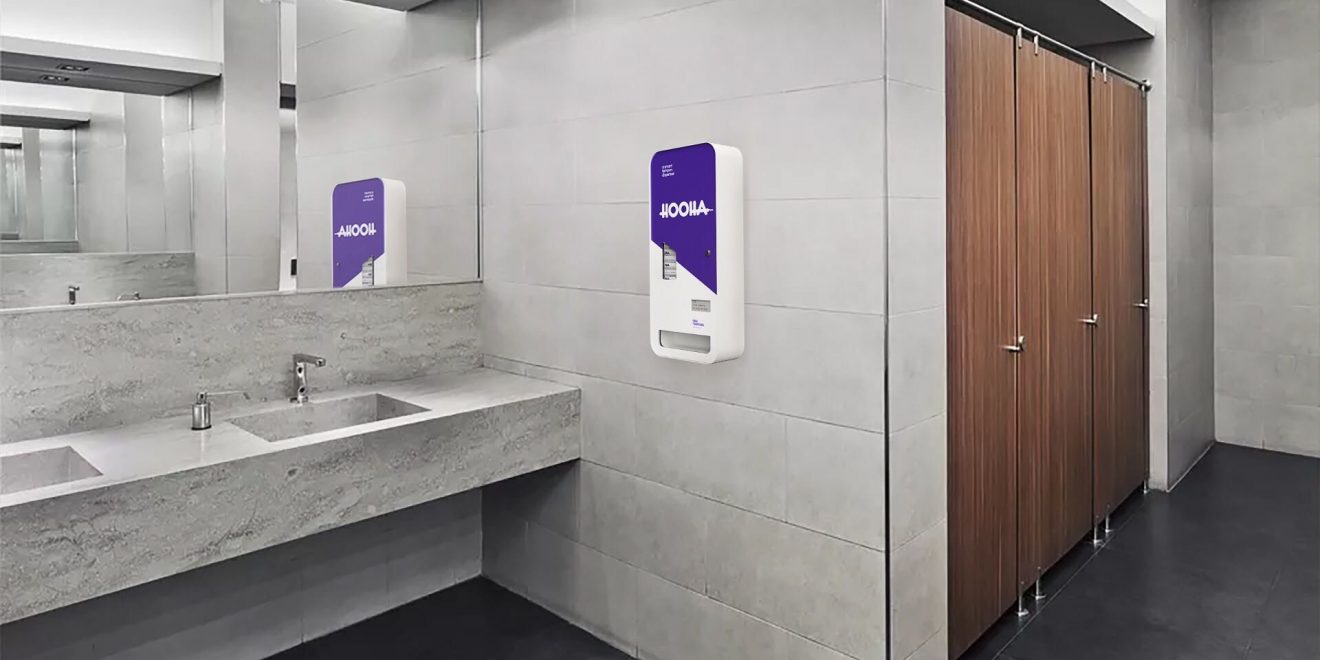 Ogilvy is turning the IWD acronym on its head, transforming it into “I Wanna Discuss” to start a conversation about what both women and men think the industry should look like. The campaign is two-fold: a social media campaign encouraging employees to voice their opinions and a series of events spanning 20 markets and including panels, focus groups and mentoring sessions.

The tongue-in-cheek gender equality-focused experiential art installation that debuted in San Francisco last year returned to the city’s Phoenix Hotel on Friday with a fresh lineup of female-friendly activations and artists. From creative director Jamie Shaw and female-owned San Francisco and Dublin-based agency Cogs & Marvel, the event runs through March 10 and includes a scratch-and-sniff wallpaper that smells of toxic masculinity, “the shame booth” where women record stigmas that plague them, the “Pink Tax” gameshow and a fictitious ice cream parlor where the flavor of the day is wage discrimination. 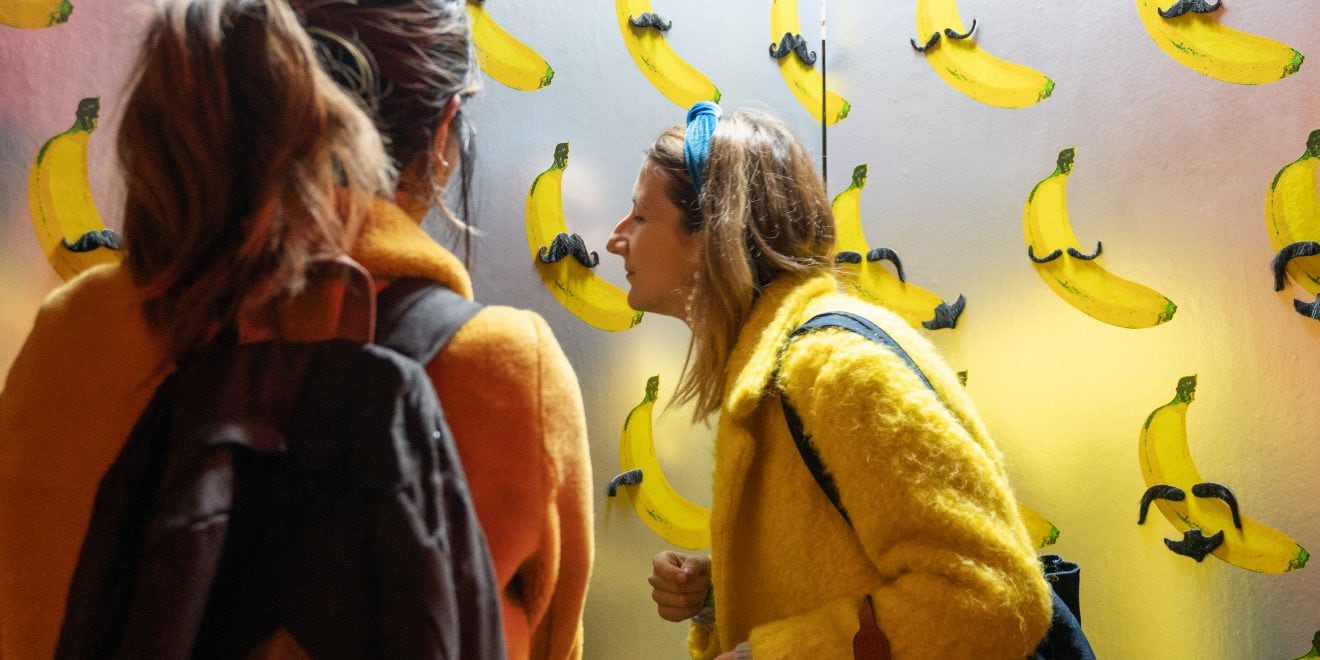 Barbie turns 60 this year, so the brand and R/GA are spotlighting women who have “shattered the plastic ceiling” in a social and experiential campaign called “Last Generation of Firsts.” The campaign includes a multi-platform AR experience on Facebook and Snapchat that allows people to see themselves as a plastic-ceiling-shattering Barbie with Camera IQ. It kicks off on March 8, the day before the very first doll in the franchise was created in 1959. On Saturday (Barbie’s actual birthday), the brand will also host a 60th anniversary pop-up shop in New York where fans can literally step into an oversized doll box of their choosing.

S&P Global and agency Publicis New York are displaying a “Change Pays” installation today through March 13. Global currencies and bank notes featuring female portraits create a typographical illusion when hung 17 feet above the ground from the ribs of the World Trade Center Oculus, highlighting the positive effects of having greater female representation in finance. The installation also includes an accompanying AR experience. 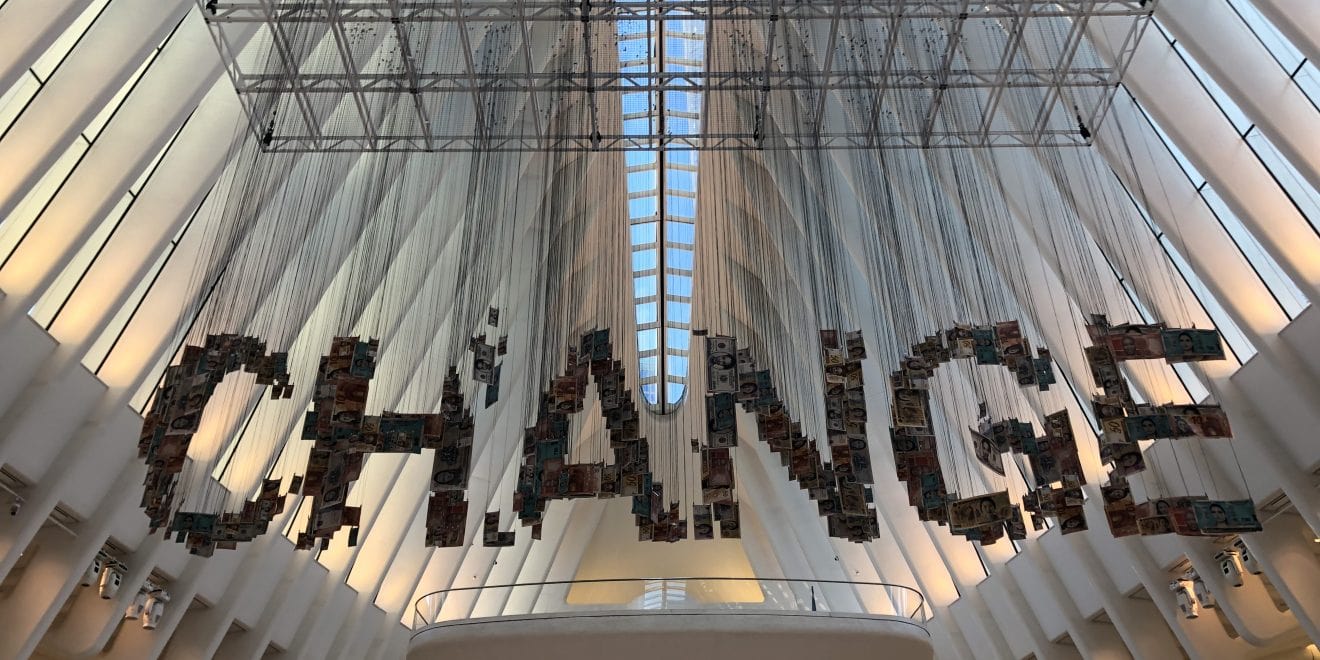 Burns Group and nonprofit Catalyst launched the first #BiasCorrect plug-in for Slack that tags unconscious bias in real-time conversations happening on the platform. The tool, built by tech company Eskalera, identified 25 stereotypical words sometimes used to describe women and replaced them with suggested, unbiased words (“assertive” instead of “aggressive” and “passionate” instead of “emotional,” for example). The campaign includes social, OOH and digital components featuring prominent women like Hillary Clinton and Gale King—and the harmful ways in which they have been described and misrepresented in the past. 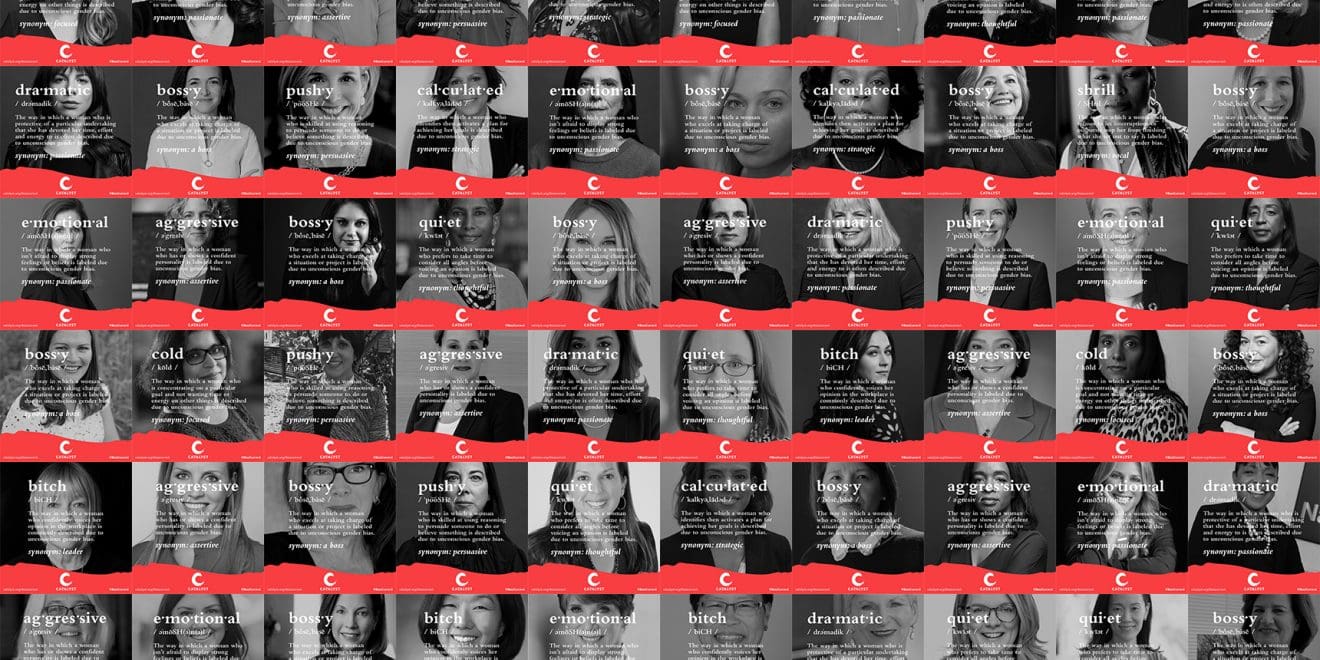 JWT Amsterdam wants you to check your gendered language

J. Walter Thompson Amsterdam has deployed “the unbias button” to bring gender-neutral language to the forefront of online conversations. Watch below to learn more.

JWT and the larger WPP organization are giving voice to the unheard stories of incredible women fighting for human rights for the UN Women campaign “the Unheard Project.” Today, the campaign will share stories across social platforms through more than $1.5 million pro bono media donations and a billboard takeover in New York’s Times Square.

Video marketplace Unruly has donated 50,000 views across its U.S. network to “Unheard Women.”

Also in partnership with UN Women, Havas Group is branding media sites in visible, high-traffic locations across the world with the “impossible to ignore” theme celebrating female scientists, engineers, designers and inventors. By securing print, online and OOH media placements in key locations like Times Square and and Westfield London, and with partnerships with Facebook, the NASDAQ, the Economist and more, Havas and UN Women hope to accomplish a goal of reaching 2 million impressions in just one day. Featured women include ethical ad platform Good Loop founder Amy Williams, singer-songwriter Beatie Wolfe and Dr. Christyl Johnson, the first African-American deputy director NASA ever hired.

Havas honors its own female executives with mimosa brunch

As the mimosa flower is a symbol for women’s empowerment and independence, all female executive leaders in the Havas network were treated to a mimosa brunch on Friday. Additionally, on Monday, Havas will launch its “Read About Her” campaign, in which it will distribute various print and online content promoting women to its network of employees through the month of March. 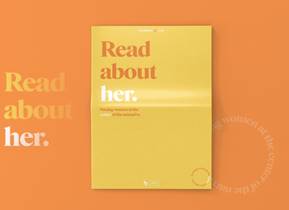 Beginning on Friday, Wunderman U.K. will be running a week-long initiative, “Fund Female,” to encourage its employees to consciously and exclusively support female-owned businesses. Wunderman created a #BalanceforBetter campaign microsite mapping out where employees can find these businesses in relation to their offices in Mornington Crescent.

“While we talk about equal representation, to date, very little has been [said] about joining up support for female entrepreneurs with our spending habits,” said Wunderman U.K. CEO Pip Hulbert. “Only 27 percent of U.K. business owners are women. We hope that by supporting them with our custom, it will help this number grow.”

Anomaly is highlighting undefeated seven-time former world champion boxer Michele Aboro from her journey from London to Shanghai. Directed and shot by Dalton Lai and drawing talent from Unreasonable Studios’ seven locations, the film illustrates how Aboro first learned how to box at a time women were barred from the sport, eventually becoming a world champion while overcoming challenges like breast cancer.

Throughout all of March, Colle McVoy will promote the #BalanceForBetter theme by taking over all digital screens in the agency with images of renowned female employees and their respective inspirational quotes. It will also hang a large blank canvas in its office for employees to leave quotes, stories, signatures or affirmations in support of the #WomenOfCM, and it will place billboards in the women’s bathrooms that display user-generated messages of encouragement and appreciation for one another.

Today, Brownstein Group’s female leaders will conduct a panel session open to all employees. Over drinks and snacks, employees can discuss their career paths and other gender-related topics. Brownstein touts a workforce that is 72 percent female.

Many are unaware that Alzheimer’s largely affects women: Two thirds of people living with the disease are women, and women over the age of 60 are twice as likely to develop Alzheimer’s as they are breast cancer. That’s why GSD&M, the Alzheimer’s Association and the Maria Shriver’s Women’s Alzheimer’s Movement (WAM) launched an integrated “AlzheimHER’s” campaign that details the formation and promotion of a nationwide chorus of people with dementia. With a PSA starring the chorus, a Facebook Stories component and a karaoke experience, the organization wants the campaign to reach a younger audience, as Alzheimer’s isn’t just an “old person’s issue” but a disease that can affect people of all ages.