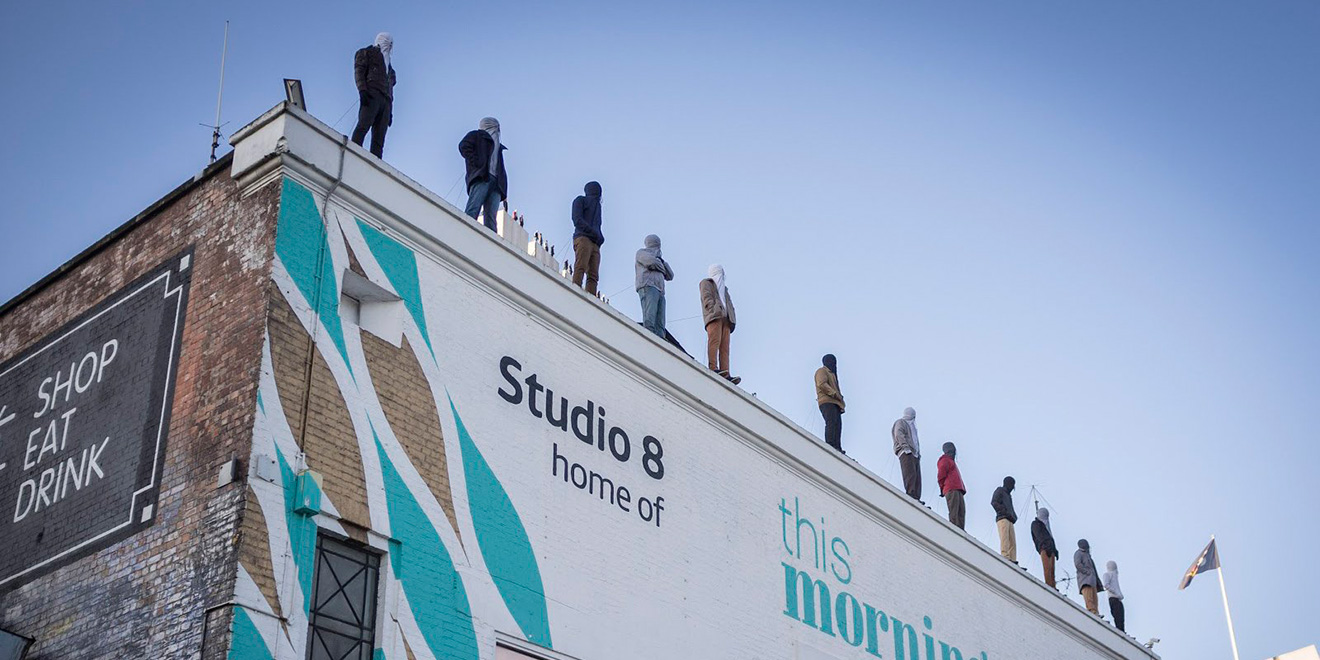 The advertising awards season is in full swing now, with the ADC Awards in the books and its sister, the One Show, beginning to announce its 2019 winners. Half of the One Show honorees were announced at an awards show in New York City tonight, and the rest will be revealed Friday evening—followed quickly by Britain’s D&AD Awards and the Cannes Lions in June.

Adam&eveDDB was the top gold pencil winner of the evening, scooping up eight for the agency’s work on the Campaign Against Living Miserably (CALM). The impactful—and haunting—effort with This Morning ITV was created to raise awareness of male suicide in the U.K. and centered on “Project 84,” a stunt that placed 84 male sculptures (representing the number of men who take their own lives each week in the nation) on top of a London building.

Following up its strong showing at the ADC Awards, Droga5 won seven golds, four of which came from the agency’s “The Truth Is Worth It” campaign for The New York Times. The agency also won two for last year’s Tourism Australia work around the Super Bowl and one in partnership with W+K for one of this year’s buzziest Super Bowl ads, bringing together HBO’s Game of Thrones and Bud Light’s “Dilly Dilly” kingdom with deadly consequences.

McCann New York was also a big winner tonight, scooping up seven golds, including three for the powerful “Price On Our Lives” campaign for March For Our Lives in the public relations category. Additionally, the agency won three golds for “Universal Love,” the compelling same-gender reimagination of love songs for their MGM Resorts International.
In addition to W+K’s win with Droga5, the agency’s Kaepernick work was honored in a category dedicated to creativity that impacts culture. “Dream Crazy” also picked up a “best-of” award for the Nike work in the creative effectiveness category.
Other best-of-discipline (the One’s Show’s equivalent of a Grand Prix) winners include:

The One Show continues Friday with the announcement of several categories including best of show, agency of the year and the CMO pencil for the industry’s top marketer.

All winners can be found at The One Club’s site.