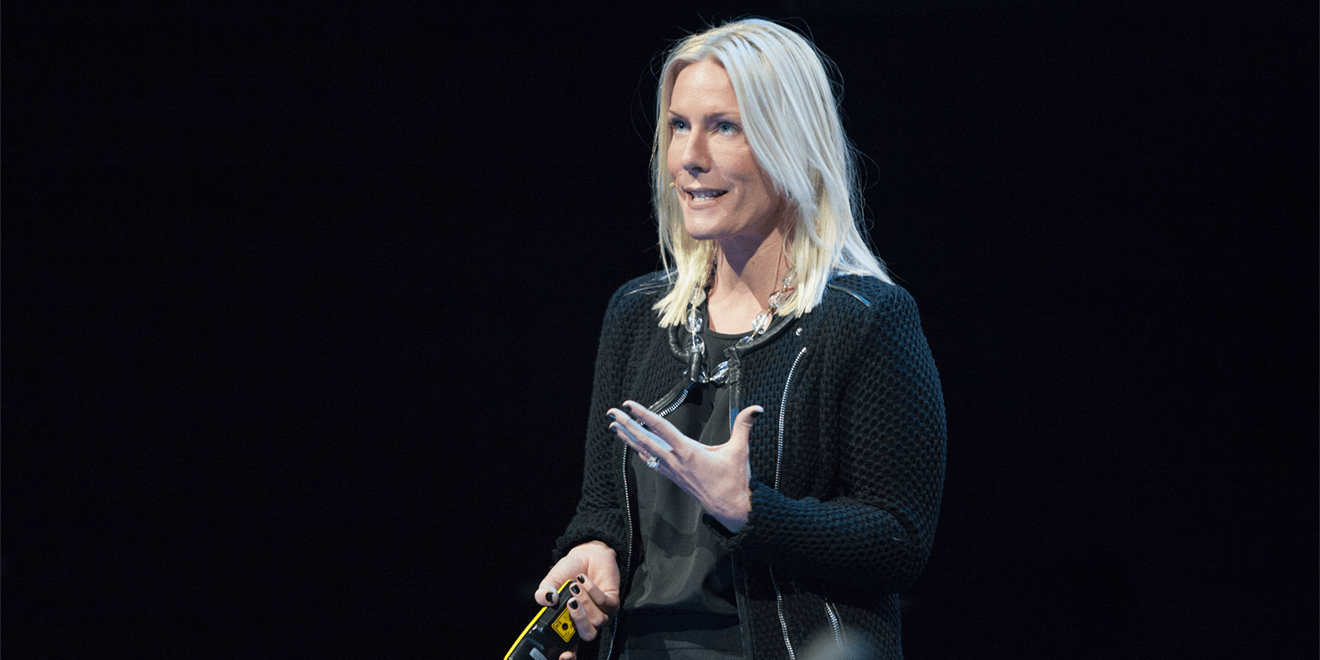 The outdoor advertising industry continues to grow, with 37 consecutive quarters of global expansion as of Q2 2019. Wikimedia; IAB

The Out of Home Advertising Association of America (OAAA), the trade body that represents the out-of-home advertising industry, has tapped Interactive Advertising Bureau (IAB) executive vice president Anna Bager as its next president and CEO.

Bager will start the role in September. She replaces Nancy Fletcher, who has led the organization since 1991, an era when the industry was rife with legislative battles over its future.

Originally from Sweden, Bager was selected after a six-month search by a committee that included CEOs from some of out-of-home’s (OOH) most prominent companies like JCDecaux, Intersection, Lamar Advertising, Outfront Media and Clear Channel Outdoor.

“We wanted a leader who could build on OAAA’s past successes while aligning the industry around a common vision of asset digitization, programmatic execution and data,” said Ari Buchalter, CEO of Intersection.

“OOH has become more digital, more measurable and more data-driven. Given Anna’s outstanding track record at IAB, she is well-positioned to lead the OOH industry to an even stronger and more innovative future,” added Jean-Luc Decaux, co-CEO of JCDecaux North America.

While at IAB, Bager’s work spanned a wide range of initiatives in digital, mobile, video and data representing more than 650 member companies like Amazon, Google, Facebook, Microsoft and Disney. Additionally, she was responsible for market research, media measurement, and advocacy for key issues like brand safety and consumer privacy.

An ascending medium that’s anything but traditional

For its part, the OOH industry continues to grow, with 37 consecutive quarters of global expansion as of Q2 2019, and is the only traditional medium that hasn’t lagged. According to a report by advertising data firm Magna Intelligence, OOH revenues were up by just over 4% in the last nine years while TV dropped by 2.5%, radio by 4.2%, magazine 15.5% and newspaper close to 20%.

But growth is only part of the story, as OOH continues to redefine itself with better creative execution and measurement.

“Digital and out-of-home have a lot of similarities,” Bager said. “Advertisers are interested in the platform, and it’s one that everyone talks about right now. It doesn’t have some of the challenges in the same way that digital has at the moment: It’s much more brand-safe, you can’t skip it, you can’t time-shift it or turn it off.”

"Digital and out of home have a lot of similarities. Advertisers are interested in the platform, and it's one that everyone talks about right now."
Anna Bager, president and CEO, OAAA

“Anna can bring that digital experience and help them continue and enhance the growth by focusing on further uniting the whole out-of-home ecosystem,” outgoing CEO Fletcher said. “In her experience at IAB, she worked a lot on definitions and standards guidelines to create a really rich foundation. And that’s the same kind of foundation that out-of-home needs now to expand its growth trajectory.”

From legislative battles to today

The OOH era that Bager is inheriting has its own issues to tackle. Yet it is a far cry from what Fletcher, a Minnesota native and lawyer by training, found upon taking the role of OAAA leader in 1991 after working in government affairs and site development at Minneapolis outdoor firm Naegele.

At that time, legislative battles were brewing that threatened the existence and future of billboards. A bill in the U.S. Senate would have banned any new billboards nationwide and removed several that already existed. It was Fletcher who convinced legislators to kill the bill, and continued to advocate for the industry.

The advent of digital billboards occurred during Fletcher’s watch as well. In 1999, the first of its kind was developed by Yesco, and the OAAA worked on getting regulatory acceptance for the new technology. She considers that triumph one of the key accomplishments of her tenure.

“In order to get that done, we did a lot of traffic safety and driver behavior research,” she said. “Ultimately, the federal government did its own research that the digital billboards are safe for drivers.”

Another key accomplishment for Fletcher, who sits on several corporate boards and plans to focus on her family foundation in Minnesota, was uniting the disparate parts of OOH—advertisers, suppliers, printers and manufacturers—under one umbrella. It’s an effort Bager intends to continue as she builds her vision for the future of the organization and medium.

“[It’s important] to educate the market about terminology and creative execution,” said Bager, who is planning a listening tour with the OAAA constituency. “I feel that out-of-home is still sometimes treated as a special platform. It’s really about making it part of the overall media mix.”

Additionally, investing in data and programmatic will continue to play an increasingly important part in OOH’s future.

“That’s where the market is going,” Bager said. “I’ve had a good relationship with the 4A’s and ANA working [at the IAB]. I’m hoping that we can work with other associations and the IAB to increase the understanding of the platform and improve standardization so it can be easier to buy and sell.”

Yet, in the end, it’s about the excitement generated by the platform and where it can thrive in the future.

“What’s special about out-of-home is that a lot of these traditional legacy companies are family-owned, very entrepreneurial, business-focused entities,” Bager said. “I think that that stands for the whole industry. It’s incredibly entrepreneurial and innovative and, I’m hoping that by lifting those values, we can work together and create something that works.”