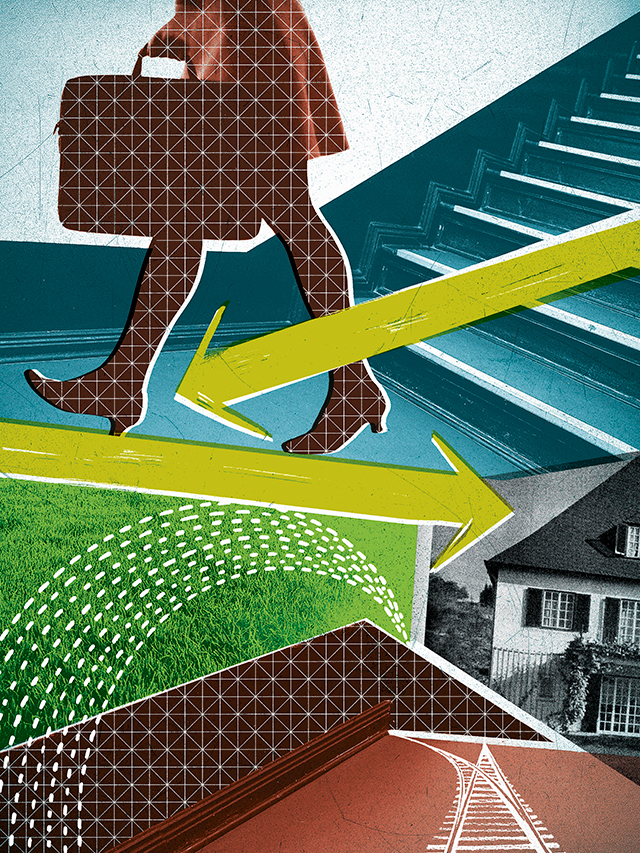 Many agencies are enacting better policies for a healthy work/life balance. - Credit by Getty Images

During stops at renowned shops like Lowe and Partners, McCann and Grey, longtime creative director Erica Fite said she never received the kind of support that working parents really need in order to flourish in the industry. Twenty years ago, she brought her then-5-month-old son on a commercial shoot in Los Angeles so she could breastfeed him, but as Fite recalled, “didn’t dare” tell her employer or client.

“I made my own plan, with my mom meeting me and acting as my on-site babysitter,” Fite admitted. “It was a parenting disaster. I had no creative-director-mom mentors to guide me.” Fite said her client never caught on to her baby debacle, but amid the chaos of trying to work around the clock, she had her computer stolen and lost the ability to nurse her child.

Since then, many agencies have begun to enact better policies for a healthy work/life balance, including improved maternity (and paternity) leave, but those efforts have little impact on American women who take a break from their careers to raise their children (43 percent, according to the Harvard Business Review). For women in advertising, however, a host of obstacles have made it next to impossible to return to the office.

No longer. Shops including 72andSunny, Odysseus Arms and Venables Bell & Partners are working to change this paradigm, creating internship-type programs called returnships to get mothers back.

Meanwhile, since 2011 Fite has been committed to helping mothers, too, co-founding Fancy, a creative boutique, alongside fellow working mom Katie Keating, who held stints at agencies like Publicis and Grey. According to Fite, Fancy focuses on employing women over 40, most of whom are mothers who are encouraged to work on schedules that are best suited for their families. “We trust everyone to be a grown-up,” Keating said. “The fact is, moms are super-efficient. We have no choice. We get shit done.”

"Parenting offers a diversity of perspective that is great to have, especially in the creative room."
Keesha Jean-Baptiste, svp of talent, engagement and inclusion, 4A’s
Libby Brockhoff, co-founder, CEO of Odysseus Arms, never thought she could return to an agency as a working mom of two children despite having an impressive work history that included founding Mother London. Her husband Franklin Tipton, an accomplished creative director himself, convinced her to come back in 2011—after five years off—to open the San Francisco shop.

“I’m really fortunate in that I had a lot of support to come back; it wasn’t my idea to just start another ad agency,” Brockhoff said. “It was the idea of the people around me, who showed me there was space for me to come back.”

But not all working moms are as fortunate as Brockhoff. A year after launching Odysseus Arms, she met another mother at her child’s school, a “brilliant, former big-league exec” for Gillette, she recalled. But Brockhoff was shocked to learn that no company would hire her simply because she couldn’t work standard 9-to-5 office hours.

So Brockhoff offered her a job at Odysseus Arms with flexible hours. And that’s how Army of Moms was born—which was her version of a returnship before she even had heard the term. To date, Brockhoff said the Army of Moms program has employed 40 to 50 women.

“They’re working across many different verticals; we have moms in creative, strategy, account management,” Brockhoff said. “Most of them work from 9 a.m. to 2:30 p.m. and then from 9 p.m. onward. That’s not our choice; we let them work on their own time … whenever they feel creative.”

Now more agencies are offering their own returnships (a term first coined by Goldman Sachs in 2008).

Mary Johnstone, associate partner and head of talent at Venables Bell & Partners, said the firm has been talking to women who took time off to raise children in the interest of building and shaping the agency’s returnship program.

“The main thing we hear from them is they feel really insecure coming back; things have changed; we’ve transitioned into this digital age,” Johnstone said. She added, they usually only need “a few days” of training to get up to speed.

72andSunny’s Sedef Onar, chief talent officer and partner, noted that the agency launched its first returnship last year, employing one woman under the program in Los Angeles. This year, 72andSunny will admit four into returnships, which Onar stressed is an educational-based program separate from the internships the agency offers. At the end of the program, “if it’s a fit, we hire; if not, we give them direction,” Onar said.

“We all know that the more diverse our teams are, the smarter they are, and parenting offers a diversity of perspective that is great to have especially in the creative room, where we’re putting together campaigns that resonate with consumers that are working parents,” added Keesha Jean-Baptiste, the 4A’s svp of talent, engagement and inclusion. “If we want to hold on to our brightest talent, we have to make sure we’re not losing people when they are entering or exiting different stages of life.”