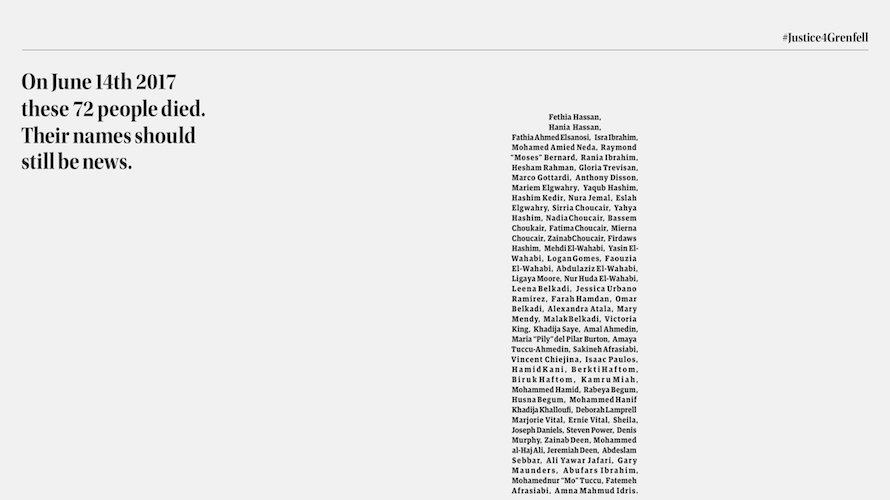 BBH used the names of those who lost their lives in powerful print campaign. - Credit by BBH London/Justice4Grenfell

The Grenfell Tower fire was one of the worst and most tragic disasters in modern British history. In the middle of the night on June 14 three years ago, a fire broke out in a kitchen on the fourth floor of the 23-story residential tower block in West London, killing 72 people.

Firefighters, who believed controls within the building would halt its spread, advised people to stay inside the building. They were only able to rescue 65 people from the high-rise, while 72 people lost their lives and many more were left without homes.

To this day, the tower remains standing, cloaked in white sheeting, a stark and solemn reminder of what was the worst fire in England since WWII.

To honor the people who lost their lives, BBH London created a powerful, striking print and outdoor campaign for Justice4Grenfell, a community organization set up to get justice for the bereaved families, survivors and evacuated residents from the tower.

In the pro bono campaign, BBH created a black Grenfell Tower created typographically from the names of the 72 victims. The work appeared in major British newspapers The Mail on Sunday, The Sun and the Sunday Times, which donated the media space this weekend.

The work also appeared on donated billboard space in Wembley, Westfield, Kensington, Ladbroke Grove and Holland Park, which are all within close proximity of the Grenfell Tower. 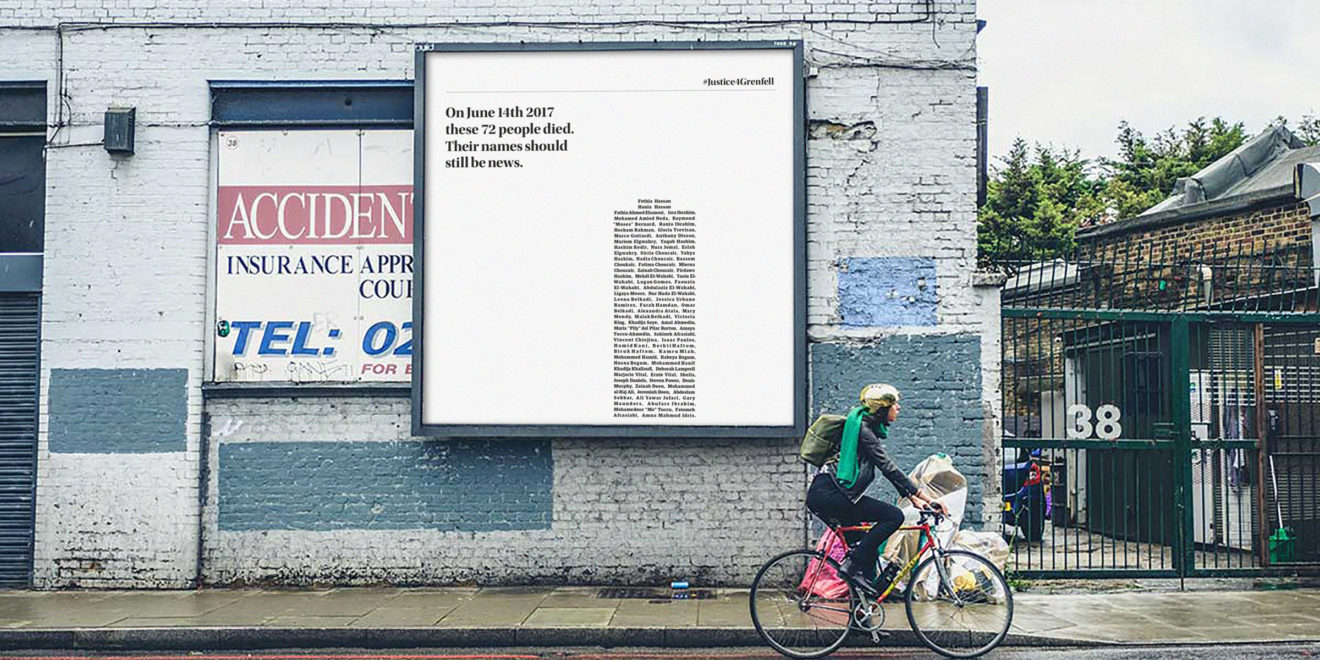 All media space was donated.
Due to the novel coronavirus, an annual silent walk to mark the anniversary had been canceled, so the group wanted to inspire a collective mark of respect that could be enacted indoors. In a separate pro bono campaign for survivors and bereaved families group, Grenfell United’s agency Anomaly asked people to illuminate their homes in the vibrant green associated with the movement.

On Sunday evening, people turned off their lights, opened their curtains and were asked to watch a YouTube video from Grenfell United, which was lit with a green light to illuminate people’s windows to the outside world. Thousands of Tweets shared the #GoGreenForGrenfell hashtag, with many sharing photos of their homes lit up in green. 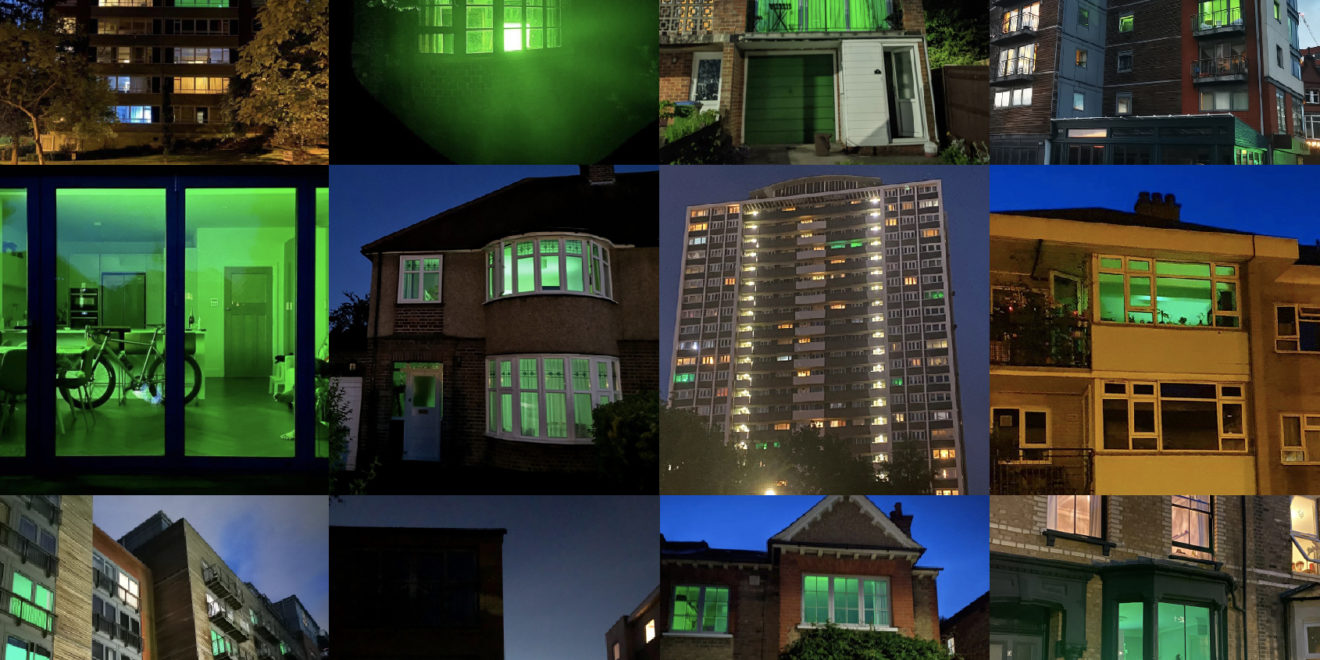