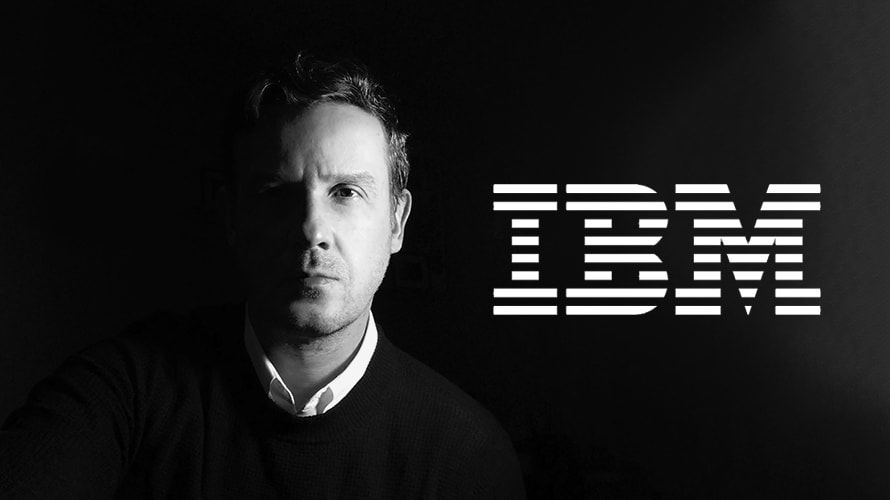 Experiential marketing agency George P. Johnson (GPJ) announced the hiring of Marcos Ribeiro as vice president, global executive creative director for the IBM account, as he can provide expertise on the tech company he previously spent a decade overseeing at Ogilvy.

The Project Worldwide-owned agency has worked with IBM for 20 years. Ribeiro was a creative lead on the account from 2003 to 2013, at WPP’s Ogilvy.

Based out of GPJ’s New York headquarters, Ribeiro will lead global creative efforts for IBM while expanding the domestic team on the account. He hails most recently from Digitas where he was a group creative director for Accenture and American Express.

Acknowledging his “long history with IBM,” Ribeiro told Adweek that he has come to “understand the powerful disruptive effect that technology has in every industry, including marketing,” and claims that he wouldn’t be the same creative he is today without that experience.

“I’m more interested in creating ideas that are highly engaging and building strong relationships between brands and consumers,” Ribeiro said, later explaining that “I watched how this 100-year-old B2B brand adapted from business speech only to a more human-centric approach.”

“Experiential marketing is no longer just about sharing a brand’s ethos in a physical space,” Ribeiro noted. “It’s about demonstrating how a brand’s story intersects and aligns with the consumer. It’s about creating immersive experiences that brings together many of my areas of interest: digital, live experiences, data, content and design.”

One of Ribeiro’s first projects for IBM under GPJ will be to launch a data, fan-driven experience for the company at the U.S. Open Tennis Championships.

“GPJ is wholly producing this IBM fan experience,” he said. “It will be a fun and informative [one] that aims to showcase how IBM’s technologies are helping to change the game of tennis and the world around us.”

The agency will also work on IBM Think, the company’s largest annual global conference that covers everything from branding to “networking functions and activations that appear on the show floor,” according to Ribeiro.

Along with the tempting opportunity to reunite with IBM, Ribeiro said he was persuaded to join GPJ because of its own attractiveness as “this unique hybrid environment where conceptual creative is almost merged with strategy.”

“It’s a mix of agency and production house,” Ribeiro said. “GPJ can actually produce the ideas that are created here. I haven’t ever seen anything quite like that. Here you can dream of ideas and make them come to life all in the same place. It’s just like Hollywood.”

That can be compared to more traditional creative shops that hire production houses to help bring ideas to life.

“We are truly fortunate to have such a veteran creative join our ranks,” GPJ CEO Chris Meyer said in a statement. “Not only does Marcos have deep experience across many brands, but he also brings an impressive history of working with IBM on a global scale. We’re excited for him to bring our work with them to the next level.”

Aside from Digitas and Ogilvy, Ribeiro held stints at agencies including BBDO and J. Walter Thompson. His work has garnered Cannes Lions, One Show, D&AD, Effies and Clio awards, among others.