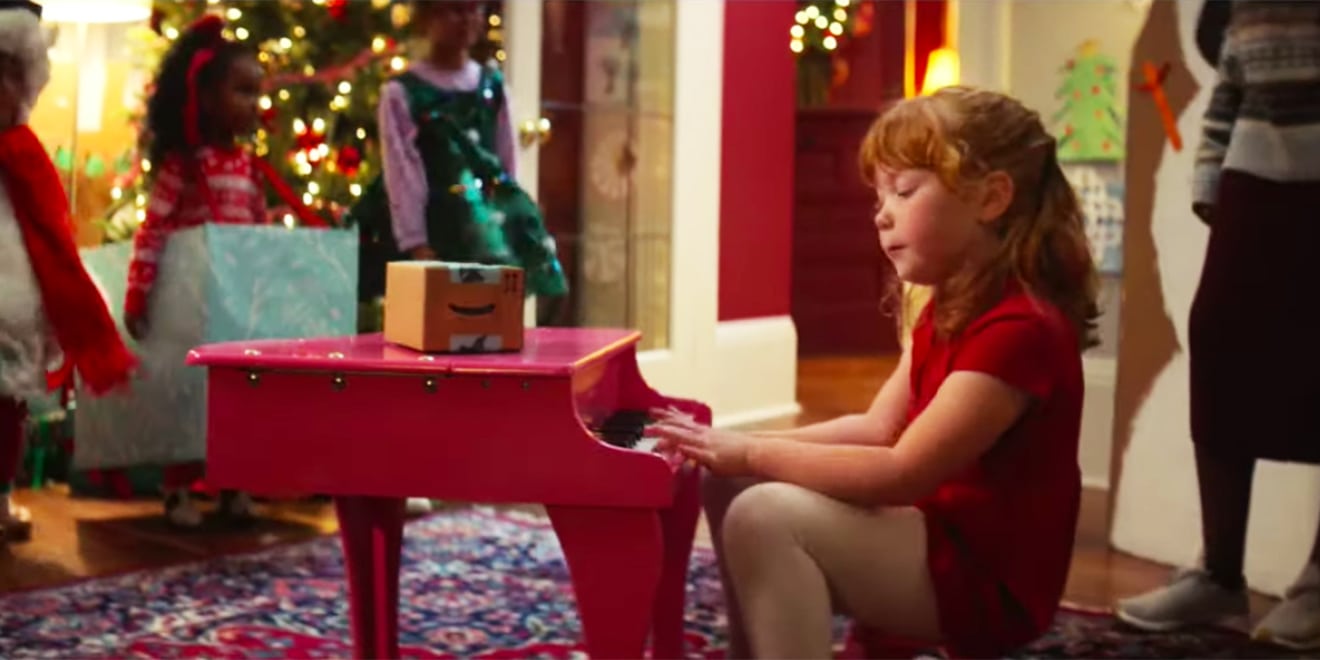 Amazon's singing boxes are becoming a holiday tradition for the brand. - Credit by Amazon U.K.

Amazon hopes its singing smile boxes will tug on even more heartstrings this holiday season as they return in another upbeat spot—this time to the tune of preacher and singer Solomon Burke’s “Everybody Needs Somebody to Love.”

Amazon debuted the 90-second version of its 2019 holiday ad in the U.K. on Nov. 4 during a broadcast of the long-running soap opera Coronation Street.

Created by TBWA-owned agency Lucky Generals, the singing boxes’ costars include a diverse cast: children at a fancy dress party; passengers on a train in what might be a meet-cute; a delivery driver making her rounds; an older couple dancing while talking to loved ones (presumably on an Echo Show); toe-tapping office workers in a meeting with the acronym BLAH on a whiteboard; bus passengers; a wistful Santa; and buskers playing a melodica—a mini keyboard that you blow into—and a ukulele.

The singing boxes, of course, have cameos and solos throughout.

“Amazon’s singing boxes are at the heart of people coming together on their festive journey,” the ecommerce giant said in a statement about the campaign.

The 90-second ad also weaves in references to Amazon Logistics, the program Amazon launched in 2018 to help aspiring entrepreneurs start their own last-mile delivery businesses for Amazon packages, as well as Amazon’s Hub Counter pickup locations, which include thousands of stores in the U.S. such as Rite Aid and GNC.

According to Amazon, 60- and 30-second versions of the spot will air in the U.K. until Dec. 22. And as part of a broader creative campaign, a “further series of ads will run in parallel highlighting specific festive moments, including a focus on Black Friday, gift giving and preparing for those all-important Christmas parties.”

It was not immediately clear whether the ads will run outside of Britain, but a press release from Amazon U.K. said a related global brand campaign will run on digital, radio, print, out-of-home and social.

In prior years, Amazon’s smile boxes have sung along to versions of The Jacksons’ “Can You Feel It?” and Supertramp’s “Give a Little Bit.”

“This [2019] campaign is about those special moments that we all share at this time of year,” said Simon Morris, vice president of global creative at Amazon, “and how Amazon helps to deliver smiles and [plays] a small part in creating these wonderful memories.”