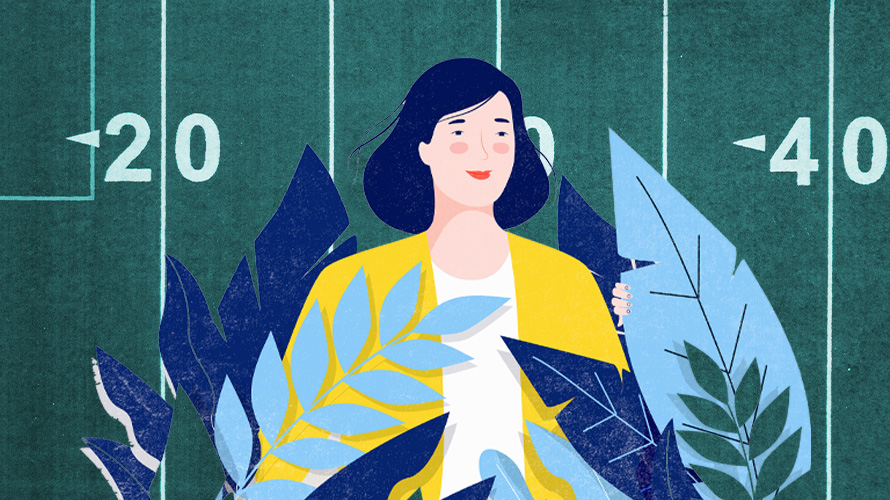 Obviously, the demo those ads are reaching, the group watching the Big Game live, is critical. And up until a couple years ago, you’d have been sure that that demo was a chip-chomping, beer-guzzling, man-boy. Except you’d have been wrong. Women have consistently made up about half of the audience. Yet the ads have consistently told them where they belong, what they should look like and how (or not) to use their voice.

Advertising has gotten away with it because by and large it’s been a business of boys. Boys clubs, boy jokes, boy POVs. Creative made by boys and approved by boys—or girls who felt that to survive they needed to be one of the boys. This reality was perpetuated by like hiring like and then reflecting themselves in the work.

So, what happened? Why the sudden shift? Why did this portrayal of women that had been not just OK, but celebrated, for half a century make us feel uncomfortable?

Women started showing up, sitting at the table—sometimes even at the head of the table. In 2011, the 3% Movement came on the scene making the point loud and clear about how very few creative directors were women.

In the years since, as agencies were put in the hotseat, they have started promoting women. And clients started demanding it. The Representation Project galvanized women around the #NotBuyingIt initiative during the 2012 Super Bowl, and brands with sexist messages were taken to task. In 2014, the NFL even hired its first female CMO, Dawn Hudson.

In 2016 Badger & Winters launched #WomenNotObjects, and in case anyone thought that women were just being oversensitive and blowing this whole sexism thing out of proportion, that compilation video made it very clear we weren’t. I do not need to go into what happened in November 2016, but I am pretty sure we were all hoping for a more feminist shift in the country. In 2017, we had the 84 Lumber spot that couldn’t be aired in its original form, and we had the Audi “Daughter” commercial.

It wasn’t all perfect; men were in starring roles 2.5 times the rate of women (and 14 spots had no women at all). We had sexy Mr. Clean, but it was a far cry from the Coors Light twins and Carl’s Jr. burger sex of the past.

And then later that year, the #MeToo movement exploded across the media landscape. From big Hollywood studios to small independent ad agencies, women were saying enough is enough. Men were losing their jobs in disgrace. It seemed like change was picking up speed. But while the 2018 Super Bowl included women in 73% of spots, they were in less significant roles than the prior year.

The historic 2018 midterm election saw a wave of women not being empowered but claiming their power as record numbers ran for governor, U.S. Senate and U.S. House. And last year there was Bumble, Olay, Toni Harris for Toyota. Women weren’t simply not being insulted; they were celebrated for being in the room. They were being spoken to, acknowledged, valued.

But now it’s 2020, and who knows what could happen. We’re hearing that men are so afraid of the way they engage with women that they’d rather just avoid the whole thing altogether. They’re nervous to hire women, to travel with them, to work with them. Rather than get it wrong (or risk a scathing review of their commercial), it’s easier to just not cast them at all.

I haven’t reviewed this year’s pre-released spots (I like to experience them in the moment, during the game), so I have no idea what’s going to show up on Sunday. But I know what I hope to see: more insights from the real world. The world where women are and where they matter. That will be a Super Bowl win.

Katie Keating is co-founder and co-CCO of Fancy.