Anomaly Execs Celebrate Pride During World Cup With Jersey Declaring, ‘We All Belong to the Same Team’ 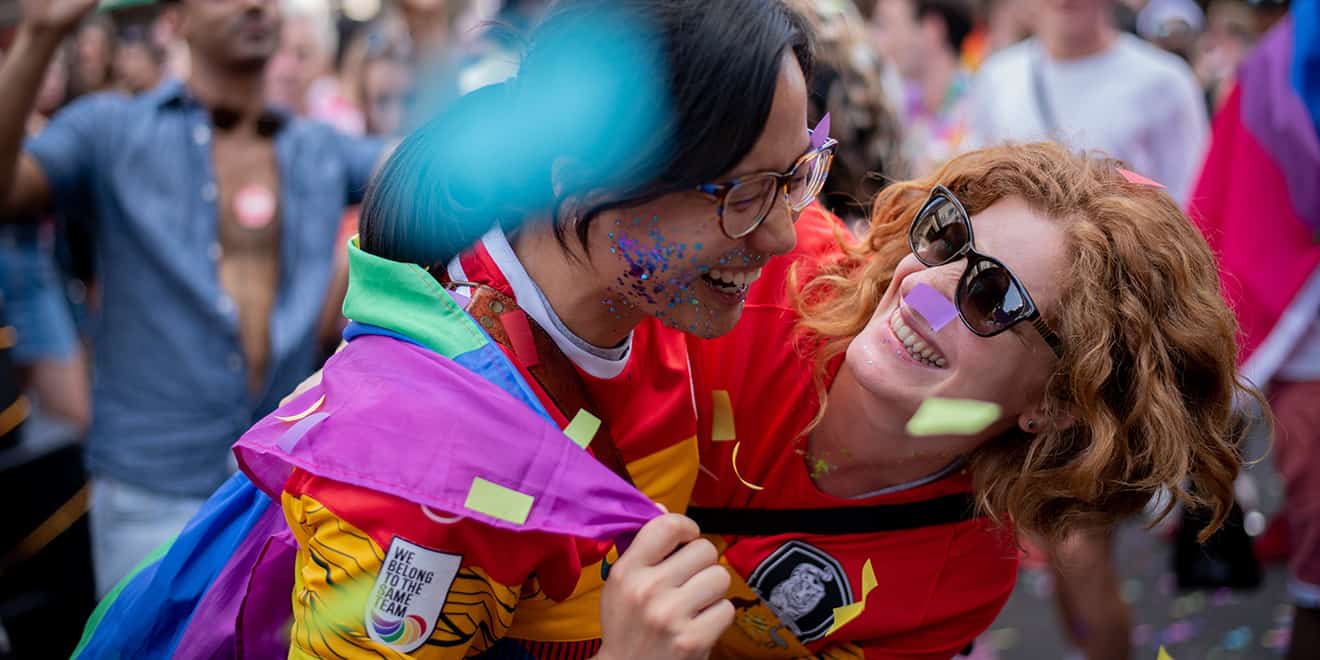 The World Cup in Russia coinciding with Pride Month was too good of an opportunity to pass up.

About a week before the opening of the World Cup, Anomaly partners and ecds Paco Conde and Beto Fernandez—who recently founded creative agency Activista as part of Anomaly—came up with the idea to create a rainbow soccer jersey combining countries from five continents along with an arm patch reading, “We Belong to the Same Team.” Among the countries included were Australia, Brazil, Iceland, Japan, Senegal, Spain, South Korea and Tunisia.

Fernandez told Adweek they were inspired to launch the campaign when they learned that there are 73 countries in the world being gay, in one way or another, is forbidden—information he said “that came as kind of a shock for us.”

“I don’t think many people are talking about that,” he said. “And one of those countries is Russia.”

“Pride Month and the World Cup happening at the same time was such an extraordinary moment that we decided to do something. It was the best context to deliver this kind of message,” he added.

The World Cup also coincided with the launch of Conde and Fernandez’s new agency, Activista. “We felt this was the perfect moment to do something, and it’s something that’s going to help us define the way we are going to operate,” he said. 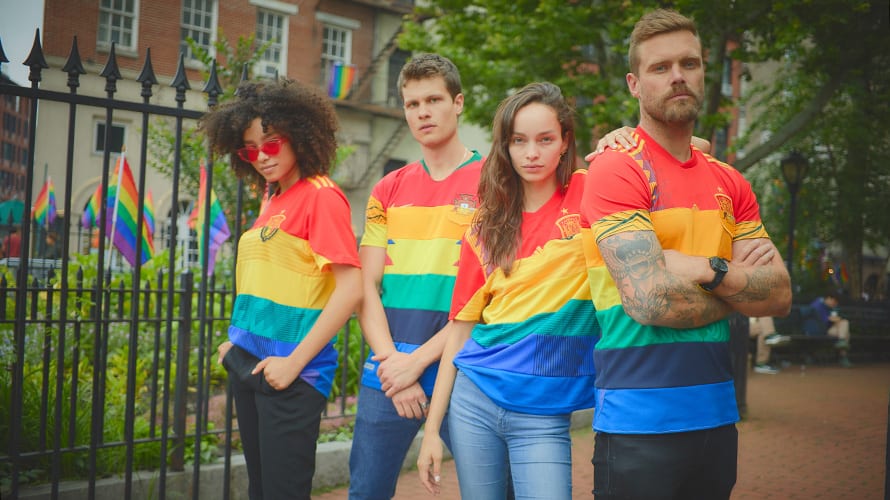 “Everybody is making things happen, and in that way, we can be more agile and make it possible to do projects like that,” Fernandez said.

Conde explained that men’s soccer lags behind other sports in terms of LGBTQ expression and acceptance. 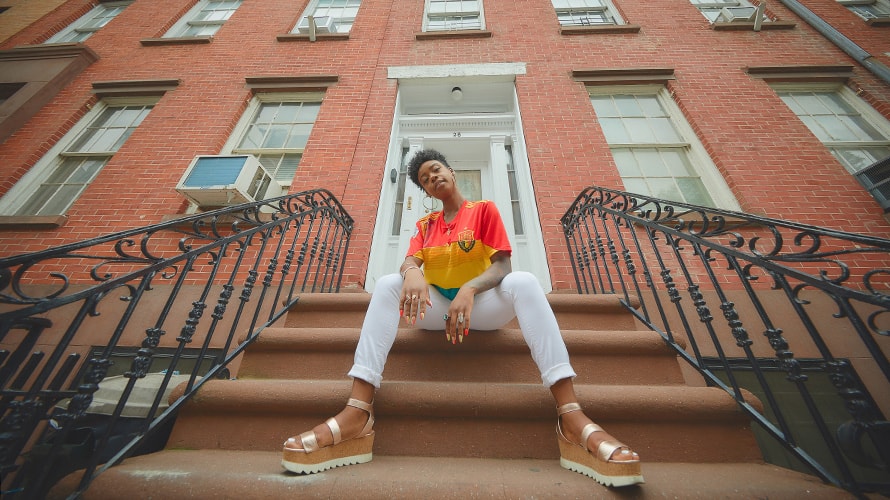 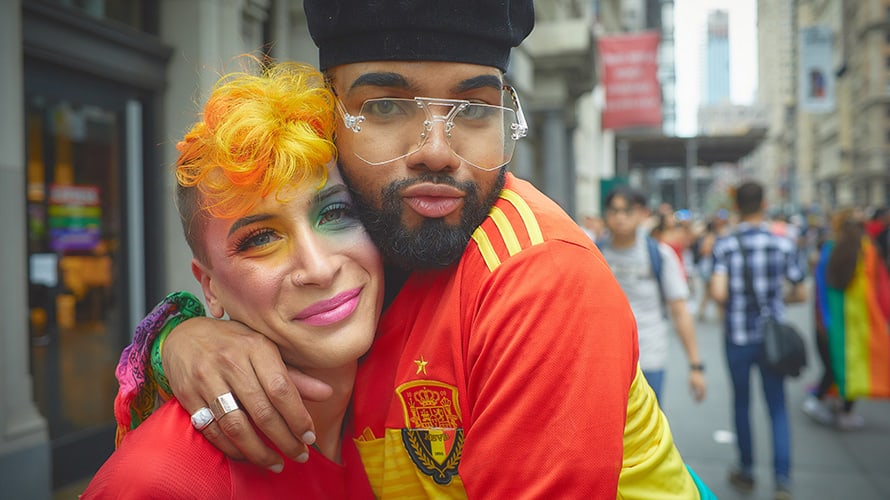 “We were struggling to get support [from pro soccer players],” Fernandez said, adding that due to the stigma around the issue in the soccer world, “no one wanted to support or wear the jersey [until] suddenly Pele, the greatest of all time, said, ‘I’m going to speak up for you guys.'”

Conde added that the extent of players’ reluctance to support the cause came as something of a surprise.

The World Cup brings all kinds of people together. It’s a good moment to remember that whatever you look like and whoever you love, we are all part of the #SameTeam. #WorldCup https://t.co/XYOl9zGSya

Conde explained that the effort led to some hateful messages from people in countries including Egypt and Tunisia.

“That proves two things: that the campaign is getting a truly global reach—getting to places and getting to people that that kind of conversation has never reached before—and that the hate of the freedom of LGBT rights is still a massive issue,” he added.

At the same time, positive responses to the effort have been far more common, with Fernandez saying they receive emails every day from fans asking about how to get a jersey of their own. Fernandez and Conde hope the campaign can lessen the stigma of being LGBTQ in soccer and drive change towards greater acceptance.

“The amount of love and the requests for jerseys is unbelievable” Conde said.

Getting hyped up for the France vs Belgium #worldcup2018 match this morning. My favorite thing about the World Cup, especially after getting to enjoy a magical two months in South Africa for 2010, is the manner in which people from all around the world truly love and celebrate each other. It’s special. I am proud to don this 1 of a kind @sameteamjersey - which will be auctioned off at the end of the World Cup - in support of the global #lgbtq community as a reminder that no matter how you identify WE ARE ALL A PART OF THE SAME TEAM!!! __ #pride???? _ #GOFRANCE

A select number of signed jerseys will be auctioned off on eBay on the last day of the World Cup, July 15, with proceeds donated to LGBTQ charities supporting individuals in areas facing LGBTQ persecution, including the Russian LGBT network and the United Nations “Free and Equal” campaign.

Conde and Fernandez said the “We Belong to the Same Team” message behind the jersey is widely applicable and especially important in the current divisive political climate.

“It’s not just about LGBTQ rights. It goes beyond that,” Conde said. “We have to understand that others have the right to be different and have the right to have different perspectives,” something the campaign attempted to communicate in an “uplifting and positive way.” 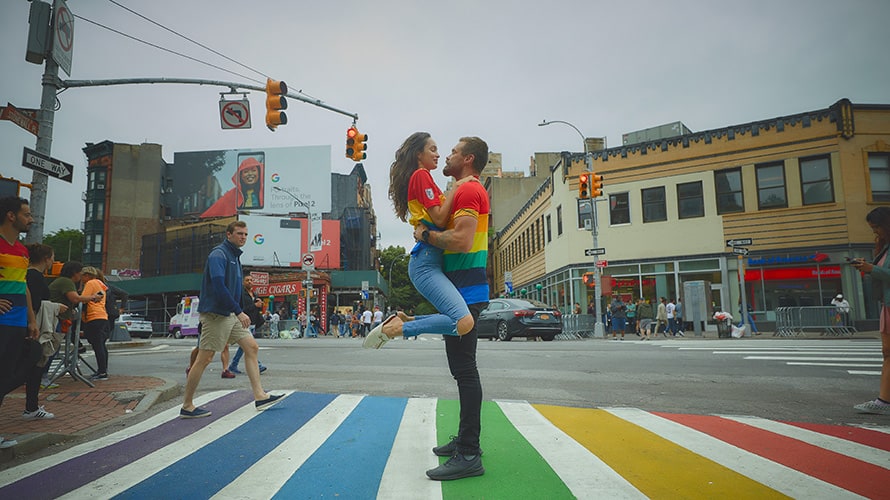 “‘We Belong to the Same Team’ is something that can be related to the LGBT community, it can be related to immigration, politics in the U.K. with Brexit, Trump, etc.” Fernandez added. “We like the idea of using the uniforms that take from different nations because that represents the unity of the world.”

“That’s why it is such an important time to have conversations,” Conde said, adding that using the World Cup as a vehicle allowed them to reach individuals globally who would normally close down such discussions.

The campaign is an introduction to the type of work Fernandez and Conde plan to pursue with Activista.

“We want to do campaigns that can really provoke conversations,” Fernandez said, pursuing “ideas that have a point of interest that goes beyond the uses of media to reach a lot of people.” 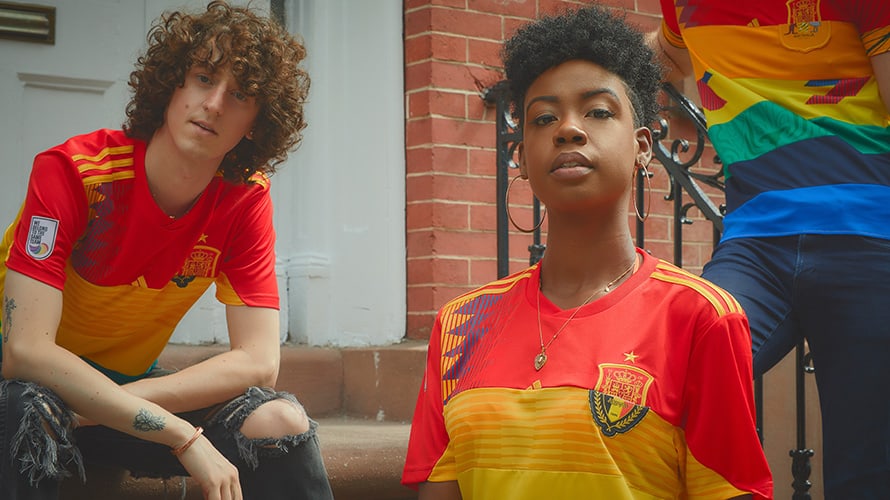 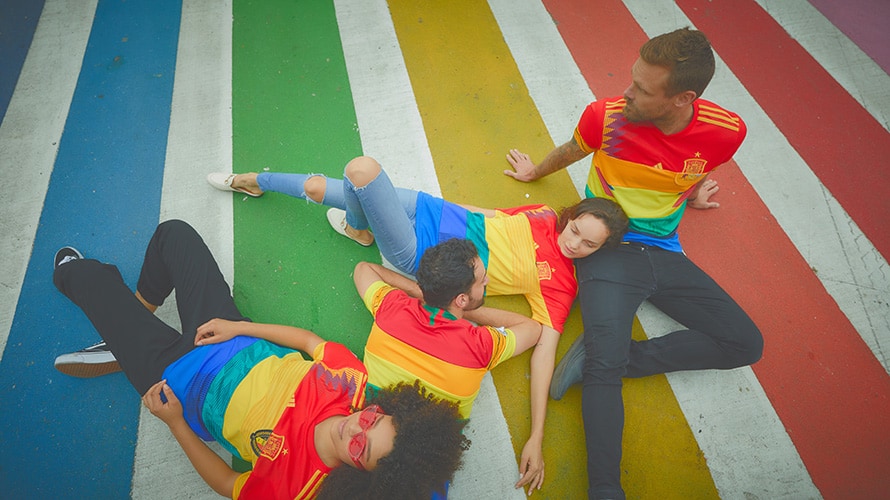