#WomenCannes hopes June 22 is the darkest day of the festival 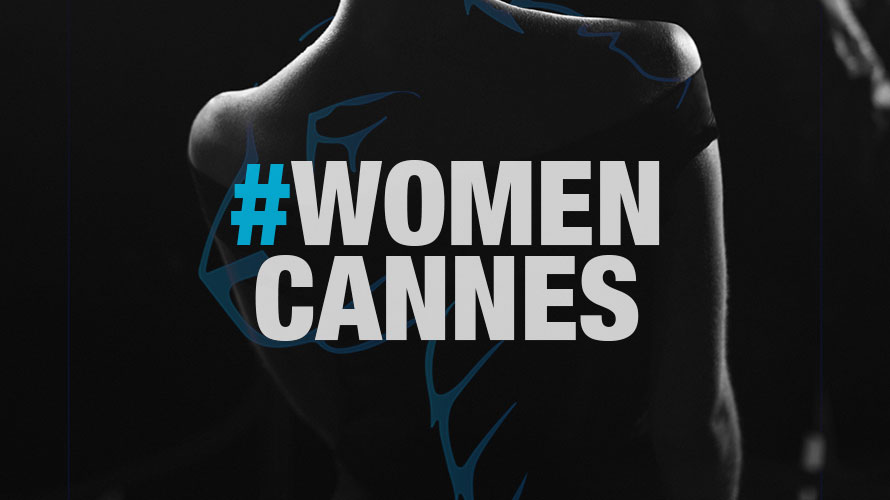 Describing its members to Adweek as “lionesses” from various agencies, an anonymous group is calling on women attending the 2018 Cannes Lions Festival to wear black.

The movement functions as a statement of solidarity and safety, as well as to highlight the fact that so many qualified female talents in the industry are still excluded from the world’s largest advertising festival.

The organization, called #WomenCannes, recently launched a website to spread the message, encouraging agencies and individuals to participate. On its Instagram page, the group asks agencies to submit the names of female employees they’re sending to the festival and the projects they worked on so #WomenCannes can “roar” for them or cheer them on when they’re on stage.

Our movement is inclusive, everyone can wear black to stand with women of all kinds in advertising and show that we all have a 0 tolerance sexual misconduct policy. Rules, regs and HR needs us to self inforce too #womencannes #timesupadvertising #metoo #changetheratio #canneslions #seeitbeit #manbassadors

#WomenCannes told Adweek the group is focused primarily on fostering participation in what it calls “the big blackout moment” on the final day of the festival, June 22. That includes not only Cannes participants, but people back home, who #WomenCannes hopes will show their support by wearing black to their offices. The organization plans to share photos of Cannes women in black on its social media accounts.

“Wearing black to work on June 22 is just as important as wearing black at the festival to visualize our Time’s Up Movement—there aren’t enough senior women, so not enough women actually get to go,” #WomenCannes wrote in an email to Adweek. “And yes, we’d love men to stand alongside us and wear black in solidarity.”

#WomenCannes requested anonymity to protect its members and the agencies they work for. The group also clarified that it isn’t officially involved with Time’s Up.

The group claimed it reached out to Cannes representatives but so far only received an out-of-office reply. A spokeswoman for Cannes said that, as of late Tuesday afternoon, the festival had no knowledge of being contacted by #WomenCannes, but would be interested in hearing about “[what] sort of support they are looking for to figure out how we could help.”

#WomenCannes said it’d “love” the festival to “take this on and co-own it with us.

“We need industry bodies that span wider than the agencies and holding companies people work for,” the group said. “Only outside forces can take the charge on advertising’s Time’s Up Movement. The Cannes Lions Festival have found themselves in the right place at the right time to make this happen.”

#WomenCannes is working with other groups—including The 3% Conference, Girlsday and We Are Unstoppable—to help spread the word.

So far, the organization has garnered plenty of love on social media from fellow adwomen, although some have noted that wearing black in nearly 80-degree weather may not be ideal.

Yes. Together we can call out bad behaviour, celebrate success and get to the top. #WomenCannes #Changetheratio #MakeAStand #SpeakUp https://t.co/orfZ5bBRQv https://t.co/otX5hpv69x

Every time someone makes a choice on what to wear they are deciding how they want to portray themselves. But wearing Black in @Cannes_Lions this year will be a part of a bigger narrative. The one that we can't ignore. #WomenCannes

There are also critics of #WomenCannes, including Shelley Zalis, CEO of The Female Quotient and founder of The Girls’ Lounge (an official Cannes partner). Zalis said she won’t wear black at this year’s festival.

“I think the way for change to happen is through proactive, positive, next-step solutions,” Zalis said. “We support and applaud all of these movements that are uniting all of us together but now I am ready to create change … not in a protesting way.”

For her part, Zalis said she is bringing the safe-space Girls’ Lounge to Cannes this year, where attendees are invited to discuss and propose solutions to the ever-pressing issues of gender disparity and sexual harassment.

#WomenCannes argued in an email to Adweek that the group is rooted in positivity and saluted the “brave work” of the movements that preceded it, like Time’s Up Advertising and #MeToo.

“Cannes is the most famous industry event we have,” the note read. “But Cannes has sometimes been somewhere our industry behaves at their worst. In the past, young women were often brought as window dressing for yachts, not to pick up awards on stage. This has to change—both for the industry and for the Cannes festival amplifying it.”

The initiative comes on the heels of the Cannes Film Festival earlier this month, when several actresses wore black for similar reasons.