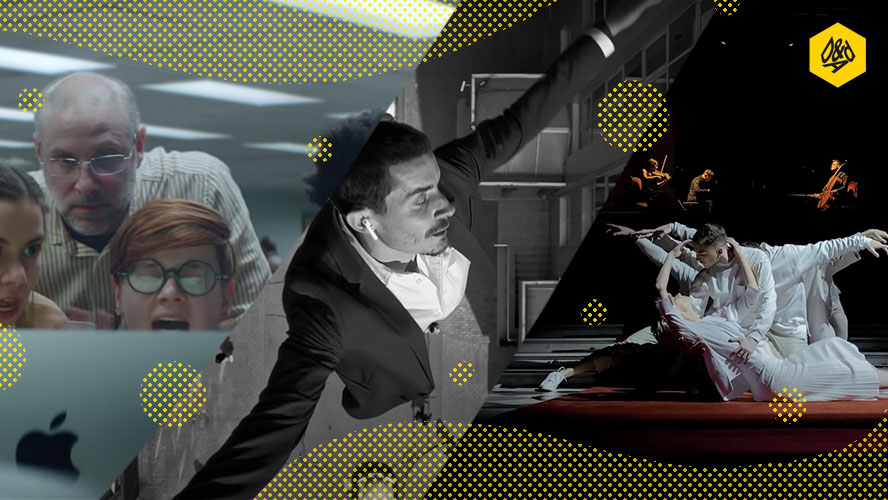 Apple clinched a total of 20 Pencils for various campaigns at this year’s virtual D&AD Awards, which canceled its annual festival because of coronavirus. Winners of D&AD’s highest honor, the Black Pencil, will not be announced until September.

Apple won three Pencils, one Yellow and two Wood, for “The Underdogs,” a 3-minute film about a group of humdrum office workers who jump at the chance to pitch an idea they’ve cooked up: the circular pizza box. The ad was produced by Smuggler and directed by Mark Molloy.
The brand’s lengthy “Hermitage” ad, created to illustrate the battery life of the iPhone 11 Pro, won a Graphite Pencil. The video, which clocks in at 5 hours, 19 minutes and 28 seconds, takes viewers on a tour of the sprawling Hermitage Museum in Russia. TBWA\Media Arts Lab’s London office worked on the project.
“Wonderful Tools,” an animated film that shows how Apple’s products have evolved throughout the years, also clinched a Graphite Pencil.

Burger King also had a good run at this year’s D&AD Awards: The fast-food chain took home a whopping 10 Pencils, five of them Yellow, for the Moldy Whopper. The crux of the campaign is a video that shows a Whopper literally molding over the span of a month to illustrate the brand’s commitment to stripping its menu of artificial preservatives. David Miami, Publicis Bucharest and Stockholm-based Ingo are the agencies behind it.

Burger King picked up an additional 15 Pencils for a handful of other campaigns, including three Yellow ones for the “Stevenage Challenge.” Created by David’s Miami and Madrid offices, the campaign encouraged FIFA 20 gamers to play for Stevenage FC, a little-known football club the chain sponsors. Players who competed in a series of challenges created by the brand could win free Burger King food.
David’s São Paulo office won four pencils for “Burn That Ad,” a feature on Burger King’s app that lets users virtually “burn” McDonald’s ads in exchange for a free Whopper. Jones Knowles Ritchie won three pencils for Burger King’s “Meltdown” campaign, which debuted when the chain made the decision to stop including plastic toys in kids meals served in the United Kingdom.

Other big winners at the 2020 D&AD Awards include: