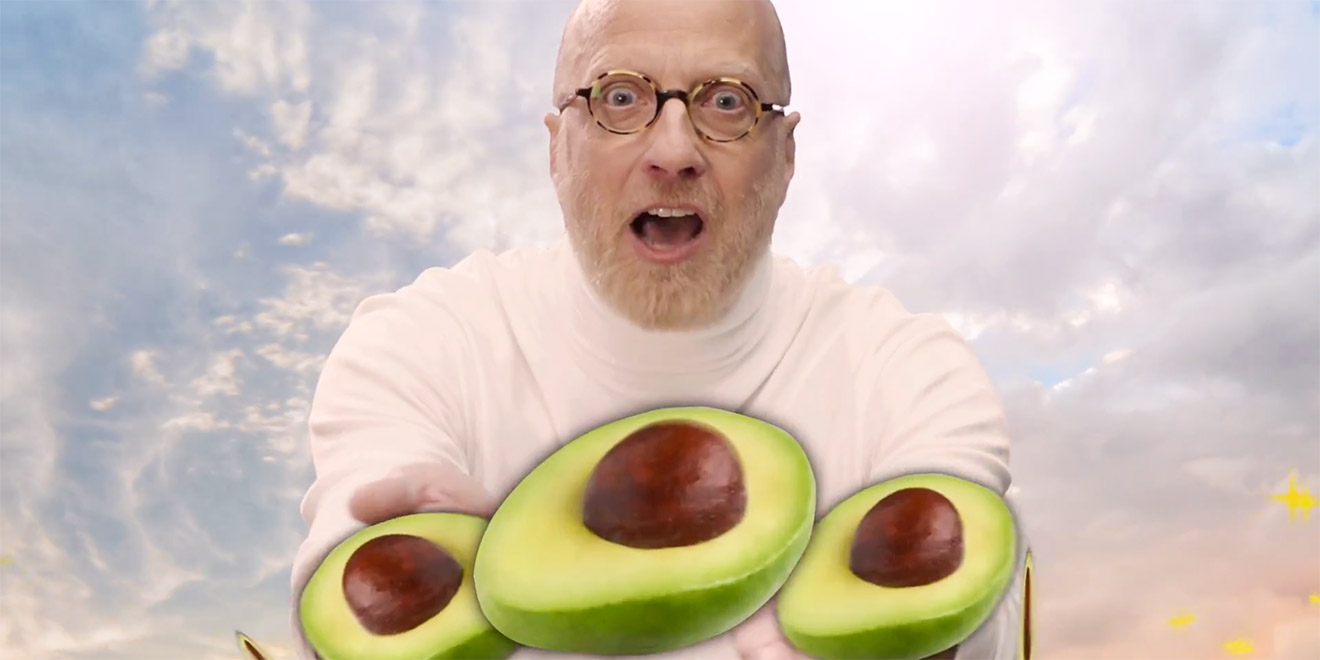 Incumbents GSD&M and Arnold both sat out the review. - Credit by Avocados from Mexico

Perennial Super Bowl presence Avocados from Mexico has chosen Energy BBDO as its new ad agency of record after a competitive review.

The organization—which is a nonprofit trade group representing the Mexican Hass Avocados Importers Association and the Association of Growers and Packers of Avocados From Mexico—issued an RFP earlier this year, aiming to consolidate its marketing efforts with a single agency, according to senior director of marketing Kevin Hamilton.

Hamilton told Adweek that his team is “very excited” about working with Energy BBDO. “The have the right experience and a nice client base with some overlap with regards to our consumers,” he said. “They also have Super Bowl experience, and the creative team really wowed us. From accounts to strategy, analytics and leadership, they were pretty impressive across the board.”

“Avocados from Mexico is a recognizable and fun brand,” added Energy BBDO managing director Jeff Adkins. “We’re excited to partner with Kevin and the entire team to continue building the AFM brand and help even more people fall in love with this amazing and delicious fruit.”

Arnold has served as the organization’s official AOR since its 2013 inception, while Austin’s GSD&M played the more visible role of creating its Big Game campaigns starting in 2015.

Both of those shops sat out the review. GSD&M declined to comment for this story. When news of the RFP first broke, an Arnold spokesperson said, “Arnold is not participating in the brand’s creative review. We wish them the best of luck for the future.”

According to two parties close to the matter, Select Resources International managed the review process, with other finalist agencies including 72andSunny, Doner Detroit and Merkley + Partners.

“We have an extremely high bar, and we’ve been very open about that with our teams both internally and externally,” Hamilton said, adding that GDS&M did a “great job” for the brand.

“The numbers have proven that out not only on the front end with copy testing but on the back end with Super Bowl research conducted by Nielsen,” he added. “We appreciate everything they’ve done.”

The brand has appeared in the last four Super Bowls; its wacky, sometimes-surreal ads have regularly been some of the game’s top-rated efforts. A post-game consumer sentiment survey published by YouGov in March found that Avocados From Mexico had easily achieved the largest increase in purchase consideration in the weeks following the event.

Hamilton said the brand decided to launch a review after tripling in size since its establishment four and a half years ago. “We have extended the reach of what we’re doing, and we’re constantly looking, from the marketing standpoint, at different capabilities and ways of going to market,” he added.

Regarding future plans, Hamilton said he looks to develop a new campaign by early 2019 that will be “wholly connected to Super Bowl efforts, assuming we go forward.” While the company cannot confirm, “particularly at this time of year,” whether it will be running a full spot in Super Bowl LIII next February, Hamilton said the review proceeded with the presumption that its winner would be handling a Big Game campaign. “You want a partner who can handle the biggest platform in the world,” he said.

When asked whether the brand would retain its irreverent tone, he said, “We like what works, and it has been working.”

He also added that, beyond broadcast efforts, Avocados From Mexico will remain “very active in digital and shopper marketing” while exploring new channels and “opportunities we haven’t used in the past.”

Kantar Media’s latest numbers have the organization spending $20 million on measured media in 2016 and $12.6 million during the first nine months of 2017.