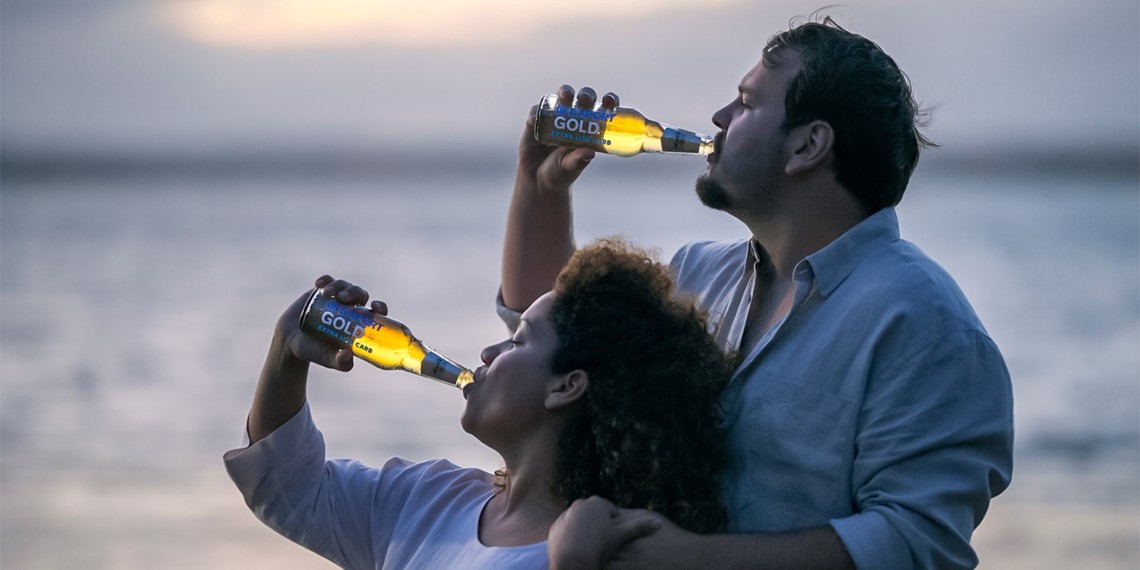 The reason New Zealand beer brand DB Export and Kiwi ad agency Colenso BBDO get along so well may be their sense of rebellion.

The beer was created by eccentric genius Morton Coutts, who invented a revolutionary process called “continuous fermentation,” in which ingredients were added to one end of the system with beer continually withdrawn from the other, eliminating the need for storage. The process became, essentially, the world’s largest beer tap.

The Auckland-based agency has its own quirks, continually churning out head-turning creative like recent work for Pedigree including the award-winning SelfieSTIX campaign, a radio station for dogs and a “child replacement program.” Colenso BBDO nabbed a 2017 Adweek Isaac Award for an activation for the DB Export brand that let beer drinkers instantly crush their bottles to create a sand substitute for industrial use. And the agency’s 2008 satirical radio ad for the New Zealand International Comedy Festival took offense to new heights. While all in good fun, Colenso has a great deal of self-awareness about its rebellious streak.

“Someone has to figure out where the edges of acceptable communications are, and it might as well be us,” said Levi Slavin, Colenso BBDO’s chief creative officer.

DB Export’s story is all about rebellion. In the late 1950s, New Zealand imposed a massive tax on imported beer. Coutts decided that he could create an “import quality” beer in the country to not only give the market more selection (there wasn’t much at the time) but one that could be more affordable.

“Anything that was remotely tasty at the time cost more than most working class people in New Zealand could afford,” Slavin said. “It had a massive impact on culture here, and Coutts became a working-class hero.”

In February, Colenso BBDO created a catchy R&B song and music video, not only to celebrate Valentine’s Day but to promote the brand’s newest low carb beer, DB Export Gold Extra Low Carb. While other low-carb beers like Michelob Ultra touted the more athletic side of drinking beer, the agency and brand looked at it as a more inclusive lifestyle choice for everyone.

Casting more “ordinary” people (instead of athletes partying after running a marathon), “I’m Drinking it For You” took the market by storm and features what the agency called “New Zealand’s brightest singing talents,” Keshia and Tom (actors Keshia Pulse and Tom Knowles who helped choreograph some of the moves in the ad).

Strategically, the nearly four-minute ballad came from the insight that a lot of people who choose low carb beer are married and it’s a lifestyle choice—which explains the theme and the title of the song. It also fits nicely with the tongue-in-cheek ethos the agency created for the brand: “Is there anything that beer can’t do?”

“[We thought] that the higher purpose for this beer was basically a dedication to the people in your life and yourself to keep yourself trim,” Slavin said.

Slavin, an Australian expat who left BBDO New York as an evp and group creative director, was the original mastermind of the song.

“I always wanted to create a country western song, oddly enough, called ‘I Don’t Need Two Hands to Hold You,’ and we had a team here that wrote a demo and everybody realized that we were on to something,” Slavin said.

Though it’s not the title of the ballad, the notion of not needing two hands to do some kind of activity is present throughout the music video. There is a slow boil of more mundane activities (like cooking dinner), and it progresses into more bizarre scenarios that play to New Zealand’s quirky sensibilities.