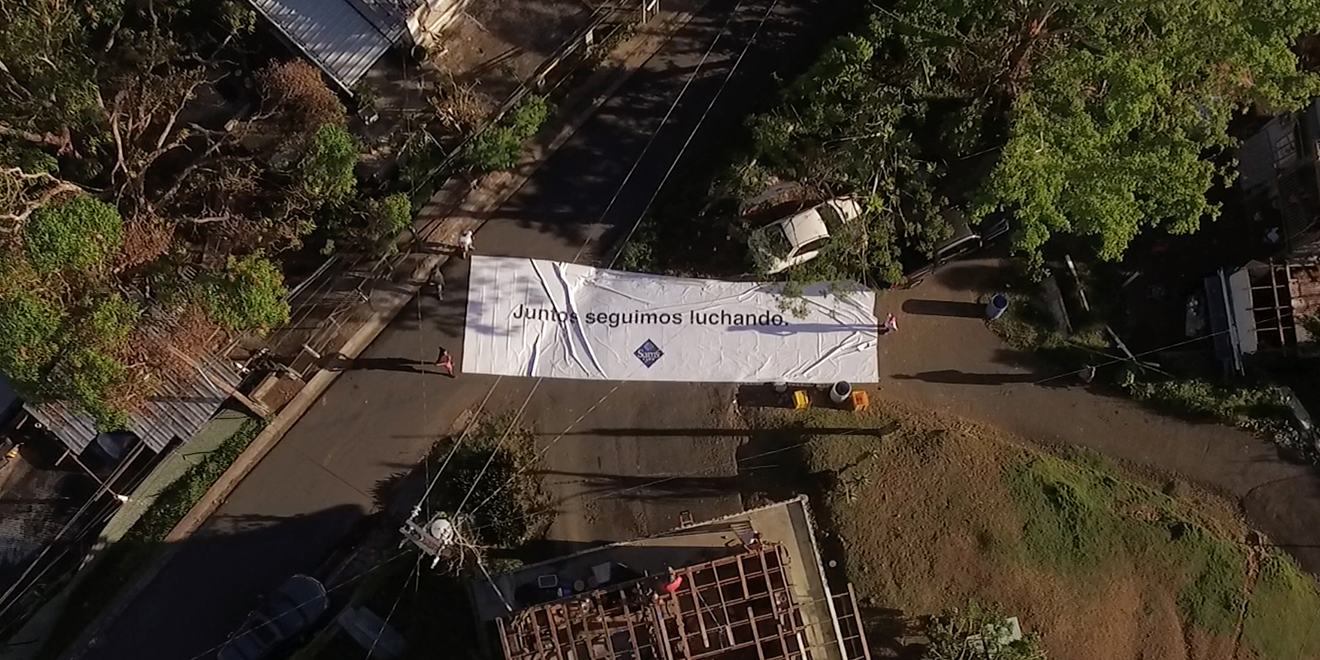 The conditions in Puerto Rico may be out of the wider public eye, but many are still awaiting basic necessities, like shelter or power. Thousands of families in Puerto Rico are still awaiting FEMA tarps more than six months after Hurricane Maria made landfall. In response, the Outdoor Advertising Association of Puerto Rico (OAAPR) launched the AidMedia project, which allows brands to buy ad space on top of houses while simultaneously providing a protective shield against the elements. When companies purchase an ad through the initiative, the funds go toward creating a billboard-strength tarp to cover a residence.

“We heard that FEMA would put up tarps but its a process; people have to apply and wait for an inspection and it’s a whole procedure,” said Ramon Rodriguez, OOAPR marketing secretary. Knowing there were tarps and spare parts sitting in warehouses on the island, OOAPR joined forces with agency DDB Latina Puerto Rico to bring AidMedia to fruition.

“For people who live alone and don’t have help, we arrive with a roof and also food and water,” said Rodriguez. OOAPR has been joined by construction workers and a host of other volunteers to put up the roofs in seven cities across Puerto Rico.

“There has been a very good response from companies,” Rodriguez said. OOAPR has reached out to Puma, Walmart and Sam’s Club among other companies.

The primary company responsible for making billboard tarps and related parts in Puerto Rico also gave the association a discounted rate on parts for the roofs, said Rodriguez. Close to a thousand tarps have been raised in total all over the island, with the OOAPR responsible for about 30 to 40 individual tarps, he added. The most popular size has been 13 feet by 48 feet.

The currently available spaces are listed on www.aidmediapr.com, mapping residences in need, so advertisers can choose where to help, according to a statement from DDB Latina Puerto Rico. 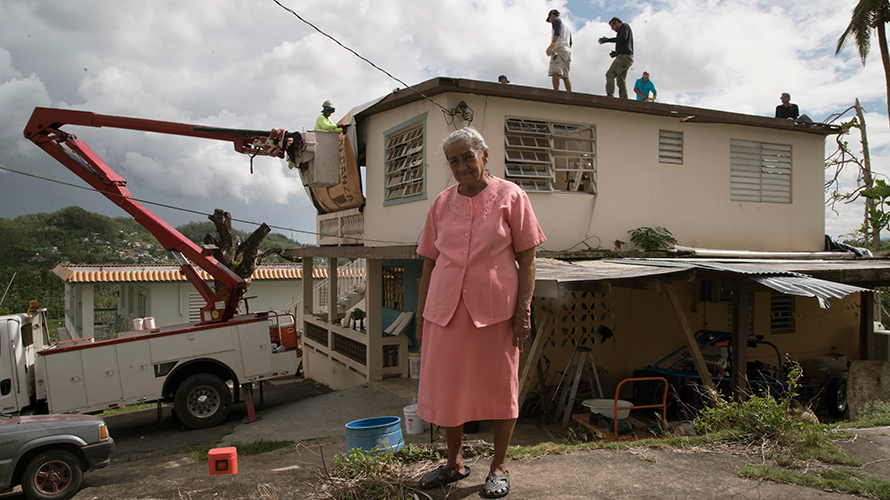 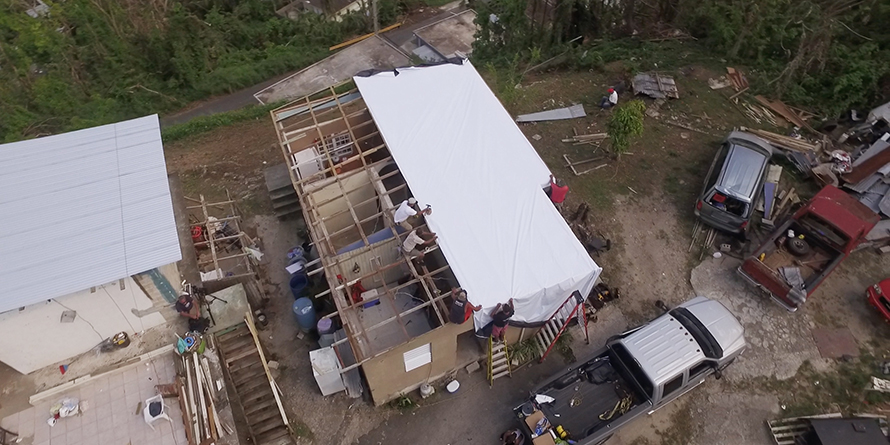 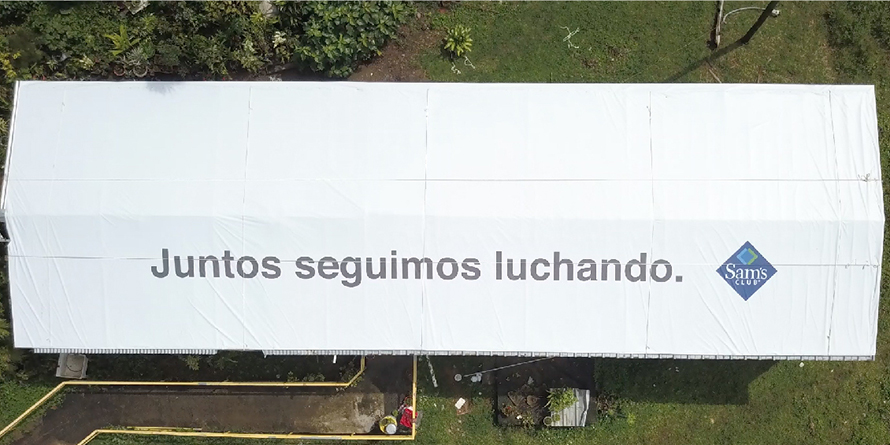