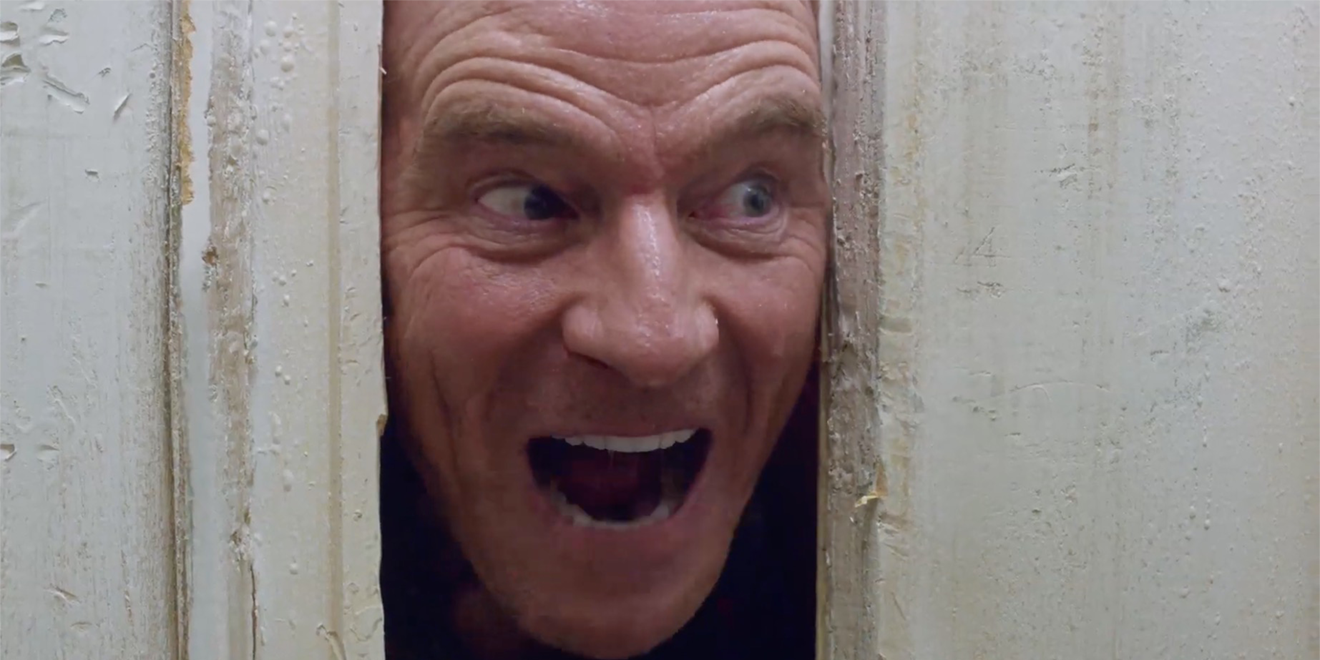 The spot is essentially a 30-second spoof of said scene, except this time it’s Cranston in the role of maniacal Jack Torrance, the character famously portrayed by Jack Nicholson in the 1980 horror film. Opposite Cranston is Ellis Ross, who plays Torrance’s terrified wife as he tries to bash down a bathroom door to attack her.

Created by TBWA\Chiat\Day New York and directed by Tom Kuntz, the commercial promotes Mountain Dew’s sugarless variety, which was unveiled earlier this year.

Fans of the horror flick will notice that one of Nicholson’s most famous lines—“Here’s Johnny!”—is tweaked for the sake of the Super Bowl ad. Instead, Cranston utters “Here’s Mountain Dew Zero!” before Ellis Ross admits defeat and grabs a bottle of the sugarless bright green soda to quench her thirst.

The spot concludes with a question that references both the comedic remake itself and the new drink: “As good as the original, maybe even better?”

According to Amy Ferguson, ecd, TBWA\Chiat\Day New York, the hope is that the tongue-in-cheek ad will encourage fans of the soda brand to debate whether or not the zero-sugar version is just as good as (or better than) regular old Mountain Dew.

“We loved this positioning and this open-ended question for two reasons. It drives trial, and it inserts Mountain Dew into the remake versus original conversation which is super relevant right now,” she said. “It also opened up a whole wonderful world for us creatively and gave us permission to remake a classic in a cheeky way. After that it was just the daunting task of finding the boldest, funniest thing to remake.”

Ferguson said casting the right actors for the spot was no easy task.

“We did not want to find actors who would simply do imitations of the original cast, rather we set out to find amazing modern actors who could put their own spin on this,” she explained. “They needed to be talented enough to play the part convincingly, but also have the comedic chops to deliver the entire thing with a wink.”

Cranston told Adweek that the concept was presented to him in a way that was “clearly a parody,” as is further evidenced by the fact that he makes a quick appearance at the end of the ad as the movie’s eerie twin girls.

“I apologize for any damage that does to any person’s psyche, but it is funny,” Cranston said. “That’s how they hooked me.”

This isn’t Cranston’s first time appearing in a Super Bowl spot; in 2015, he revived his most iconic character, Breaking Bad’s Walter White, for Esurance. He said he holds Super Bowl ads in high regard.

“They are of a higher quality, [brands] put a lot of time and energy and money into them, and frankly, audiences expect more from a Super Bowl commercial than they would from any other advertising,” he said. “Because of that expectation, you have to raise the bar.”

“Dew is an instigator brand,” she said. “We have an action-packed year ahead with various product and partnership announcements and advertising on one of the world’s biggest stages will help set the tone for how we will excite our passionate fan base. Each time we participate in the Super Bowl, we put a lot of thought into which product we want to advertise and how we’d like to show up creatively based on our overall brand strategy.”

Mountain Dew sat out of the game last year, but its 2018 spot was a mashup with Doritos that starred Peter Dinklage and Morgan Freeman in a lip-sync rap battle.

For all the latest Super Bowl advertising news—who’s in, who’s out, teasers, full ads and more—check out Adweek’s Super Bowl 2020 Ad Tracker. And join us on the evening of Feb. 2 for the best live coverage of Super Bowl commercials anywhere.