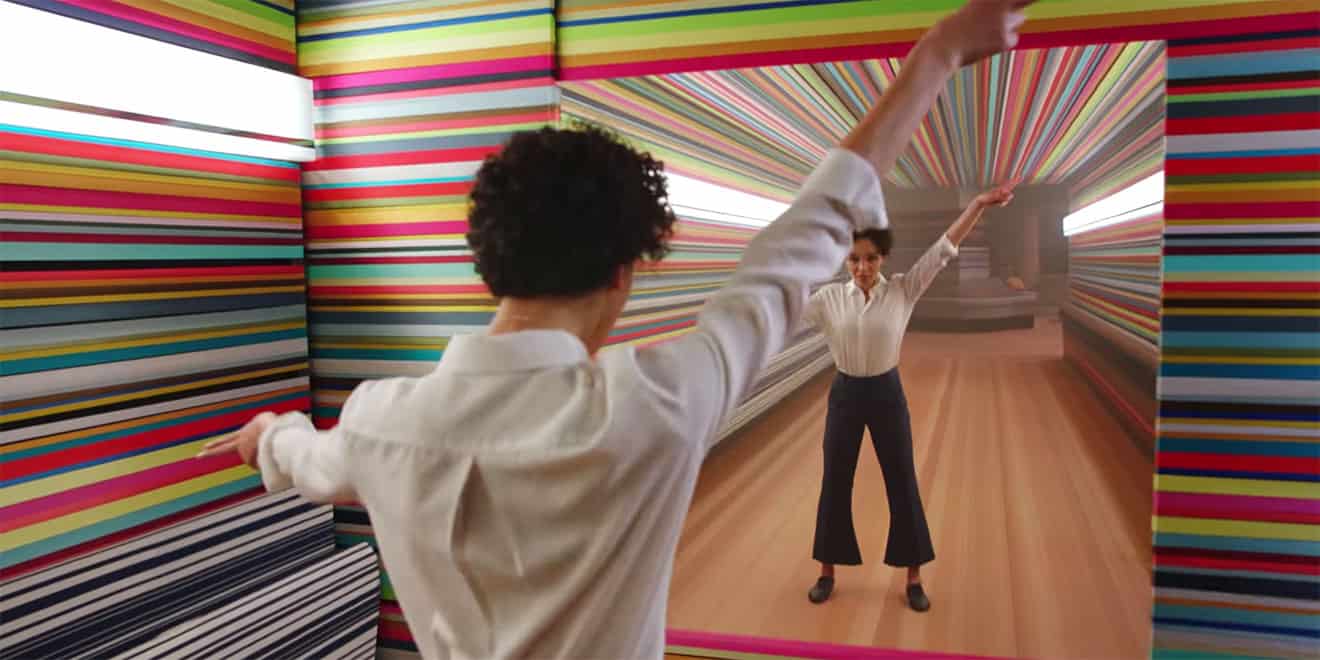 We did it, reader! We made it to the final day of Cannes. And this is the one you’ve been waiting for.

The festival draws to a close with a big awards gala tonight, when the holding company, network, agency of the year, Titanium winners and more will collect their gold Lions. (We’ll also see whether attendees turn out in black, as the movement #womencannes suggested doing in support of #MeToo last month.)

Here’s one change you might notice about the winners this year: Almost every Grand Prix has gone to a different campaign, rather than one big winner like “Fearless Girl” or “Dumb Ways to Die” dominating across categories. Creativity Editor David Griner noted a pair of campaigns is pulling ahead, though:

“Thursday was the first day any campaign took a second Grand Prix, and it was ‘Trash Isles,’ a pollution awareness campaign that lobbied the United Nations to recognize massive clumps of floating garbage as a new country. The campaign, from the Plastic Oceans Foundation and LADBible, won Grand Prix in Design on Wednesday and then took top honors in PR on Thursday.

It might be time to say goodbye to the Croisette, the Palais, Yacht Row and the Pizza Boat, but you can keep reading about the insights coming out of Cannes at adweek.com. So much happened, we need another week to tell you all about it. 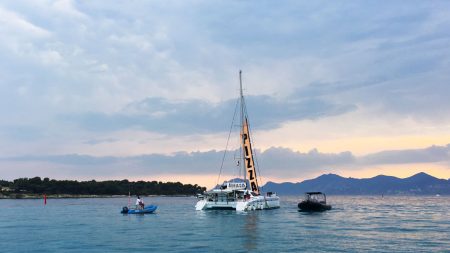 Now you see them, now you don’t

Funnily enough, you can’t even see a few of the winners in this year’s Social & Influencer Lions category. Leading the pack was Nike’s “Nothing Beats a Londoner,” created by Wieden + Kennedy London by working with young adults in the city’s sports and social media scenes. However, due to a problem with the spots and merchandise using “LDNR,” the company had to remove the ads. This was not supposed to be a part of the evaluation process, according to Facebook’s vp and chief creative officer, Mark D’Arcy, who was the jury president of the category.

Gold Lions also went to Skittles’ “Exclusive the Rainbow,” its Super Bowl ad that was shown to one teenager, and Tourism Australia’s “Dundee: The Son of a Legend Returns Home,” another Super Bowl spot, which was a “fake” trailer for a fake movie as a way to get people talking about Australia.

Ridley Scott is back in the game

The director revered for his “1984” Apple ad announced that next week he’ll start directing two new commercials—the first time in 20 years he’s directed commercial work. The projects are for two different brands and two different agencies, but he wouldn’t say which ones at the New Directors’ Showcase. He dipped his toe into the pool when he collaborated with his son on a Super Bowl spot for HP in 2017, but now he’s jumping in.

Folks, the man bun is alive and well in Cannes. Or, as our Senior Creativity Editor Doug Zanger likes to call it, the Cannes bun. One could write a book about the style trends that find a home here at Cannes Lions. Straw hats, floral prints, seersucker and millennial coral abound—even Shaquille O’Neal rolled up to a panel in a polo shirt printed with tiny anchors. But the Cannes bun will always be our favorite. 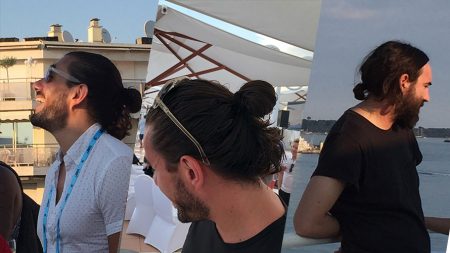 The Colonel and the creative

W+K ecd Eric Baldwin came to his panel with client KFC dressed as none other than Colonel Sanders. Feathers weren’t flying, but candor certainly was in an entertaining look at how the brand evolved quickly under the stewardship of the Portland, Ore., agency. The conversation with fellow W+K ecd Jason Bagley and George Felix, marketing director, branded communications at KFC, provided a compelling argument for the power of agencies and brands taking chances together. Bonus? Free chicken and rosé post-chat.

Will social managers go the way of the dodo?

&Co, an agency collective in Copenhagen, made a campaign called “The Indoor Generation” that’s going viral at 72 million views and counting. But Morten Saxnæs, partner, head of social and brand activation, said his job could be extinct soon. “Usually, my role would be to get an idea and figure out how can this live on social media and how can this travel? My team is not obsolete, but I hope it will be soon,” he said, “because I can see that the new type of creative we have, they learn at an enormous pace. The borders—they just collide and they’re not really there anymore, and I think that’s a new type of creative and a new way of thinking.”

In Case Any Brands Are Looking for a New Ambassador, Adam Rippon Is Available

Digital Transformation Is Driving New Conversations on Transparency and Privacy