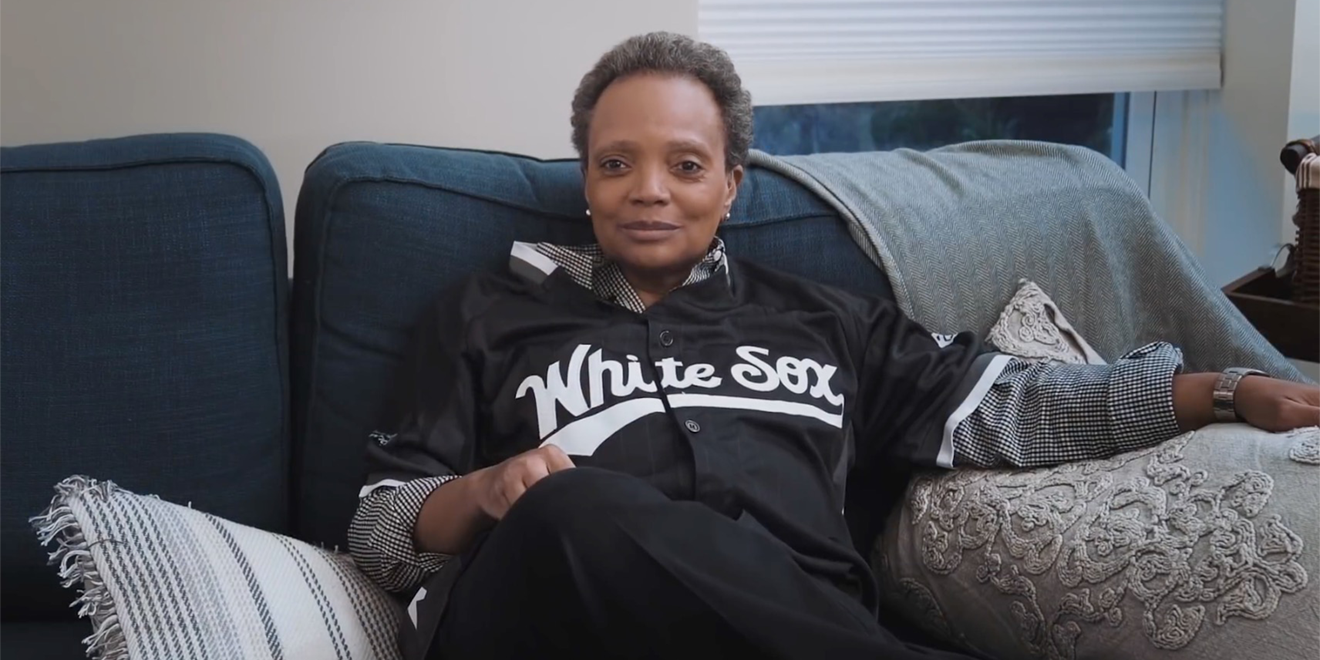 Mayor Lori Lightfoot was a natural in front of the camera. - Credit by Havas Chicago

Chicago Mayor Lori Lightfoot has a simple message—delivered in a variety of clever ways in a new PSA campaign.

In a series of relatable scenarios, Lightfoot pleads with the city’s inhabitants to stay home to stop the spread of coronavirus. She takes on various personas such as The Analyst, emphasizing the statistics on social distancing, and is shown pursuing the same kinds of at-home interests that her constituents are, from baking to learning a new instrument (she actually learned how to play a guitar chord during the shoot).

Throughout, Lightfoot comes across as personable rather than a strict authority figure, as the PSAs aim for a lighthearted tone while underscoring the importance of staying home.

Havas Chicago CCO John Norman explained that the project came about when the mayor’s marketing office contacted the agency with the pitch to work with Lightfoot on PSAs about the importance of practicing social distancing.

“I think the main reason why they worked with us is we are fast and nimble and quick at making content,” Norman told Adweek.

The agency was able to put the campaign together over the course of about four days. After spending Thursday and Friday on concepting, writing and production, the agency shot the series at Lighfoot’s home on Saturday with a very small crew due to the need to remain six feet apart. Havas Chicago group creative director Marianna Ruiz directed the effort. The agency then had the PSAs ready to go by the end of Monday and released them on Tuesday.

“It was a nimble crew,” Norman said. “There weren’t a lot of people allowed in the home.”

He said Lightfoot’s ease in front of the camera and ability to deliver the campaign’s message in a lighthearted and relatable way helped the effort succeed.

“She had given signs to the public–on social media–of having a wry, clever sense of humor. It was important to us that we created scenarios that humanized Mayor Lightfoot and made her relatable,” he explained, particularly to reach a younger audience.

“She was so good and on point—sometimes it would only be a couple takes and we’d get it,” he said, adding that Lightfoot was “actually a really great actor.”

The PSAs will run on donated media space in the Chicago region secured by Havas Media, including digital and traditional channels.

“Getting to work with Mayor Lightfoot was a thrill. Even during these odd times, I wanted to make sure we had fun on set—and stay six feet apart—so we could get this meaningful, life-saving message out to as many people as possible. We’re all going through this, so we can make relatable content and still have the message come through loud and clear,” Ruiz said in a statement.

She added: “This this type of campaign is the reason I’m in this industry: bringing a compelling message to life in a fun, engaging way that will (hopefully!) resonate with people to make a real difference.”