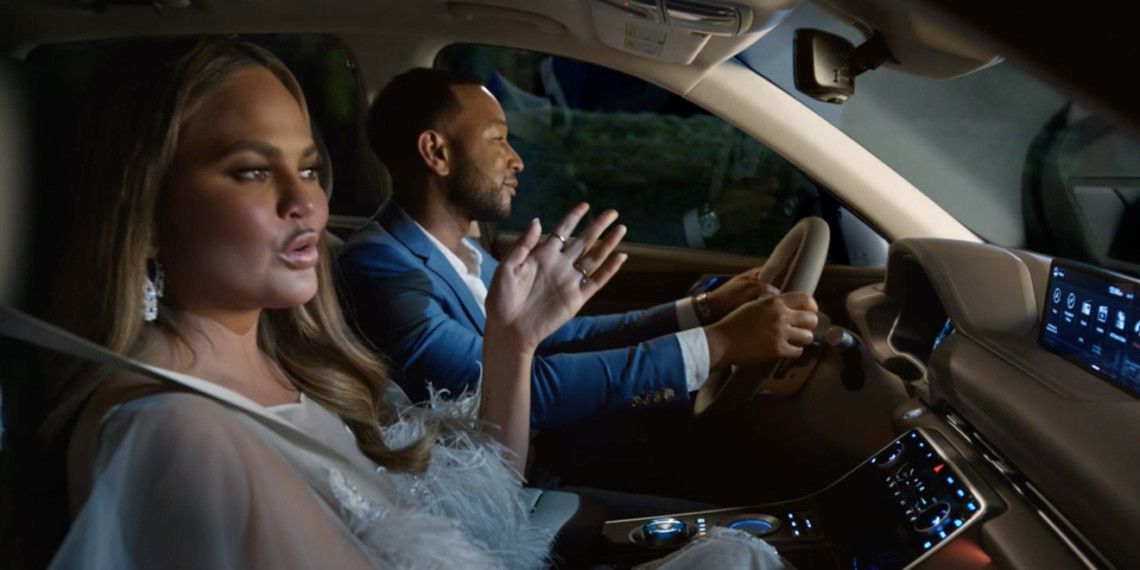 As the ad begins, the couple walks into a very fancy party, and Teigen complains to Legend, asking why he made her come along. He says he thought it was time to throw “old luxury” a going-away party. Cut to Teigen on a staircase, calling out partygoers for things like going to Asia once and thinking it makes them spiritual, thinking a loud suit is a personality or chummily leaning on the shoulder of anyone nearby—though it’s unclear what any of these things really has to do with “old luxury,” or what that phrase even means.

As she raises her glass, Teigen makes a toast: “To old luxury. You had a good run, but now it’s time to zhuzh you up a little.”

She runs to the front doors to present “Young Luxury,” but Legend isn’t exactly on cue. When he finally does show up, Teigen chides him for his tardiness. Then, in an uncharacteristically egotistical moment for Legend, he requires the “magic word” (sexiest man alive) from Teigen before letting her into the car.

The spot will run during the second quarter of the game.

For all the latest Super Bowl advertising news—who’s in, who’s out, teasers, full ads and more—check out Adweek’s Super Bowl 2020 Ad Tracker. And join us on the evening of Feb. 2 for the best in-game coverage of the commercials anywhere.