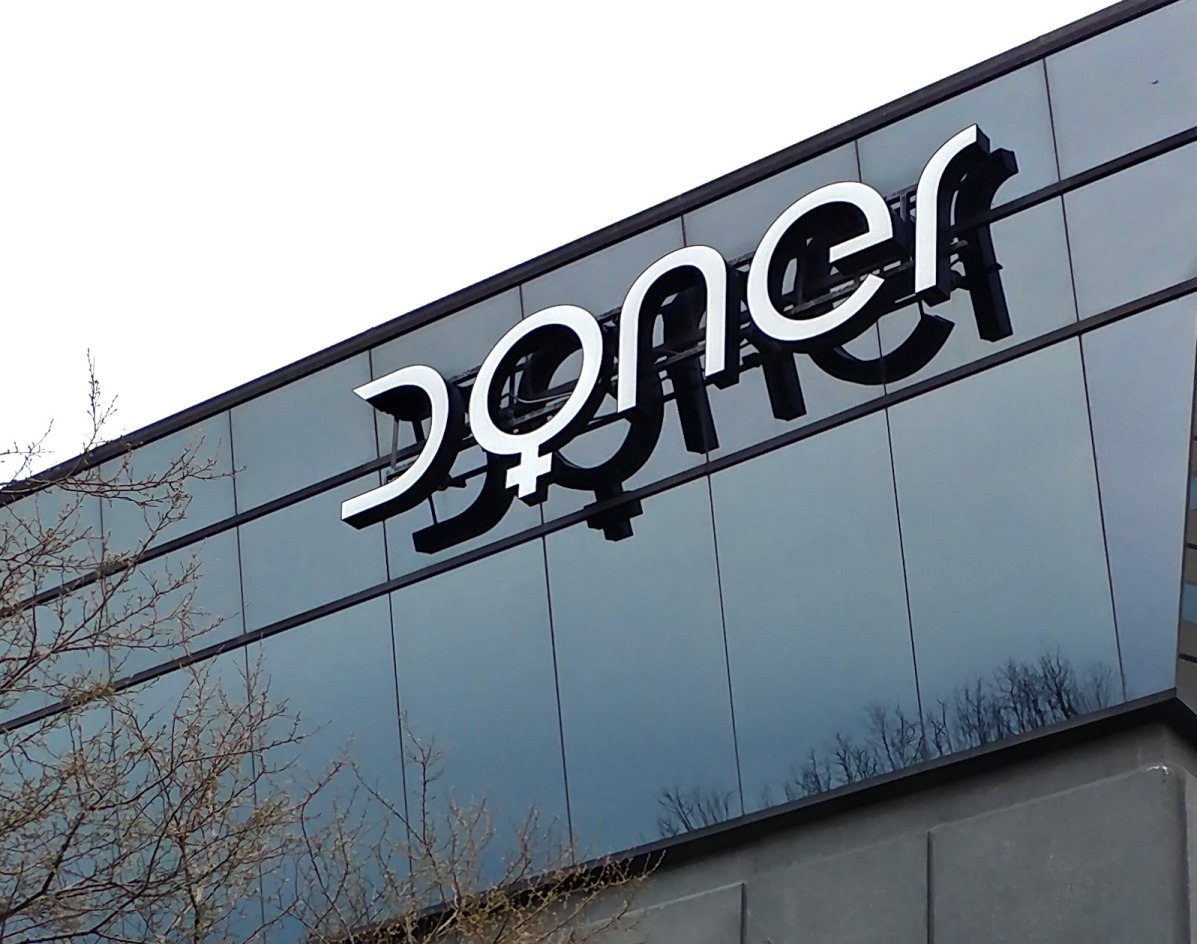 Former Doner creative director Susan Walsh is suing the agency for age discrimination after being let go three days before her 60th birthday.

Susan Walsh, who worked for Doner for 10 years, first in 2008 as a copywriter and later as a creative director, has filed a lawsuit against the agency for age discrimination.

The suit, filed on Dec. 17 in the U.S. District Court for Eastern Michigan, alleges that Walsh was abruptly and unjustly fired from her job at Doner Detroit last May, three days before her 60th birthday. Her departure was among a round of layoffs that targeted employees who did not possess the “anticipated skills, knowledge and abilities needed by employees in the future,” the lawsuit alleges Doner told Walsh upon her termination.

“Susan Walsh’s employment was terminated by Doner as part of a larger staffing reduction last spring,” a Doner spokesperson said in a statement to Adweek. “Her separation from employment was not due to any of the alleged reasons stated in her complaint. Doner has complied with all applicable laws and firmly believes that her lawsuit is without merit. Doner takes pride in recruiting and nurturing a diverse and inclusive workforce and treating all our employees fairly. Doner intends to vigorously defend Ms. Walsh’s lawsuit.”

The spokesperson added, “Ms. Walsh filed an earlier charge with [the Equal Employment Opportunity Commission (EEOC)] for alleged discrimination. Doner contested this claim, and the EEOC dismissed the charge in September 2018. Specifically, the EEOC found that the information obtained regarding Ms. Walsh’s charges did not establish any violation of the law.”

It is not clear why that complaint was dismissed. The EEOC was unavailable for comment as it is closed until the government reopens.

Walsh’s attorney, Shereef Akeel of Troy, Mich., firm Akeel & Valentine, disputed that the original complaint filed with the EEOC was dismissed because Walsh’s claims against Doner were unfounded. Akeel said the EEOC “did not make finding either for or against Doner” and did not have the resources to investigate further so it issued a right to sue letter on Sept. 21.

“Typically, the right to sue (which we got) is issued to allow the lawyers, like us, to then pursue the action,” Akeel said.

Matthew Disbrow of Detroit firm Honigman Miller Schwartz and Cohn is the lead attorney representing Doner. The agency has not yet filed a response to the lawsuit.

In the suit, Walsh is described as a standout employee who regularly received promotions, salary increases and positive performance reviews during her time at the agency. Doner’s culture shifted, the suit alleges, after the agency hired global chief creative officer Eric Weisberg in the summer of 2016. Walsh says the new CCO showed preferential treatment to younger employees—including reassigning work from older employees to younger ones.

The filing states that Weisberg openly expressed a fondness for “digital natives,” a phrase often used to describe people who grew up with the Internet, namely millennials and Gen Zers.

Weisberg did not respond to Adweek’s request for comment via his Doner email address.

Walsh says the only explanation she received for her termination was that she had been identified “for a reduction in force” as one of a group of employees, including two of the three oldest employees in the creative department, who did not have the “anticipated skills, knowledge and abilities needed by employees in the future,” per the suit.

According to the lawsuit, Walsh’s direct manager, whose consistently positive performance reviews were attached as evidence in the case, was not aware of the decision beforehand. Walsh was also unaware ahead of time that she lacked the unspecified skills listed in the “reduction in force” order, the suit claims.

A ‘brilliant mind and a hard worker’

Randy Belcher served as executive creative director at Doner Detroit before his retirement in July and was Walsh’s manager. Belcher had been with the agency since 2000, after spending 10 years at The Martin Agency.

Belcher declined to comment on the lawsuit and denied any prior knowledge of it but said he was not part of the decision to fire Walsh.

“I worked with Susan for a couple of years,” Belcher told Adweek. “She was a wonderful writer and talented woman. I cannot speculate on why Doner did what Doner did.” He called Walsh a “superior talent” and said he hopes “this all resolves itself out where everyone is happy in the end.”

According to performance reviews, Belcher once recommended that Walsh be promoted to associate creative director from senior copywriter. (Before she was elevated to creative director in 2014, and given two pay increases that year.)

In one review, Belcher called Walsh his “go-to copywriter.”

“I can always count on her for a fresh and surprising perspective,” Belcher wrote in a 2014 review. “I can give her the most ridiculous deadlines—’Can you spend an hour on this tonight?’—and she always comes through. I think she’s a brilliant mind and a hard worker. I would recommend her for greater client responsibility.”

“Susan was a superstar,” said attorney Akeel, adding that the issue of age discrimination is “running rampant in the marketing industry” due to a false perception that “older folks can’t keep up” with the ever-evolving digital landscape.

The issue of age along with racial and gender discrimination has plagued the advertising industry, and has been widely discussed, for some time. Walsh’s lawsuit is not the first of its kind. Suzanne Hernandez, who worked as executive director of insights and analytics at WPP-owned brand consultancy Landor Associates up until her termination last June, sued her former employer in October for age discrimination. Her case read quite the same as Walsh’s. Hernandez, 60, was allegedly one of several older employees excluded from pitches or fired and then replaced by “digital natives,” that lawsuit stated.

“Clearly, she went above and beyond expectations and there was no evidence of a downturn in her performance,” he said. “She wasn’t told that she wasn’t keeping up or lacking in some area. It speaks volumes to the fact that age appears to have taken a role in her firing.”

The suit states that a month after Weisberg was named CCO, the agency conducted a “substantial” round of layoffs targeting employees over 40 and then began replacing them with younger people. Though Walsh was spared during the first round, the suit says she was not given any additional raises, despite receiving “several” previously, or considered for promotions. Additionally, Walsh was no longer invited to pitch meetings and her ideas and contributions (as well as accounts) were handed to younger employees, despite her having won several clients for Doner, according to the lawsuit.

For example, Walsh is credited with helping secure the Beaumont Health win in November 2016 (an account she then oversaw), among other new business, including Children’s Mercy Hospitals, Summa Health, Ally Financial, Penn Gaming and Bristol-Myers Squibb, according to the lawsuit. During the 2017 Super Bowl, the suits states, Walsh wrote and produced a regional 30-second spot for Michigan’s largest health system, Beaumont Health, which was part of its “Never Settle” campaign.

The suit states that after Walsh’s winning pitch for the Bristol-Myers Squibb business in 2014, the client repeatedly insisted she be present at meetings “given her extensive experience in the medical and pharmaceutical areas.”

Walsh previously survived several rounds of layoffs, including one in 2009 that was a result of the agency losing PNC Bank as a client, one in 2010 due to the loss of Mazda and one in 2015 after the agency lost J.C. Penney, according to the suit.

At the time of the 2015 cuts, the lawsuit states, Walsh received a salary raise to $122,600 which appears to have sparked her first negative experience with Doner. During that time, the lawsuit alleges, Walsh learned her male counterparts were receiving salaries of between $139,000 and $168,000, even though some had less experience than she did.

At the time she was fired, Walsh’s salary was capped at $127,600, according to the suit, even though her male counterparts were being paid “substantially” more for doing the same work.

In April 2017, Doner staged a walkout in recognition of Equal Pay Day, according to the lawsuit, and an audit revealed the agency paid women, on average, 10 percent less than men. Doner temporarily altered the “o” in its sign to depict the symbol for women following the walkout in an attempt to show support for its female employees and commitment to bettering its practices.

It is unclear whether Walsh brought her salary concerns up with Doner.

Walsh started her career in advertising in 1984, joining McCann as a copywriter for Buick in 1988 and eventually getting promoted to group lead. Doner first hired her as a freelancer in 2008, and she was given a full-time position soon after. Walsh has been freelancing since being fired from Doner.

Walsh is seeking compensation for lost wages, costs related to attorneys’ fees and other damages, including “loss of esteem,” humiliation and “harm to her business reputation.”