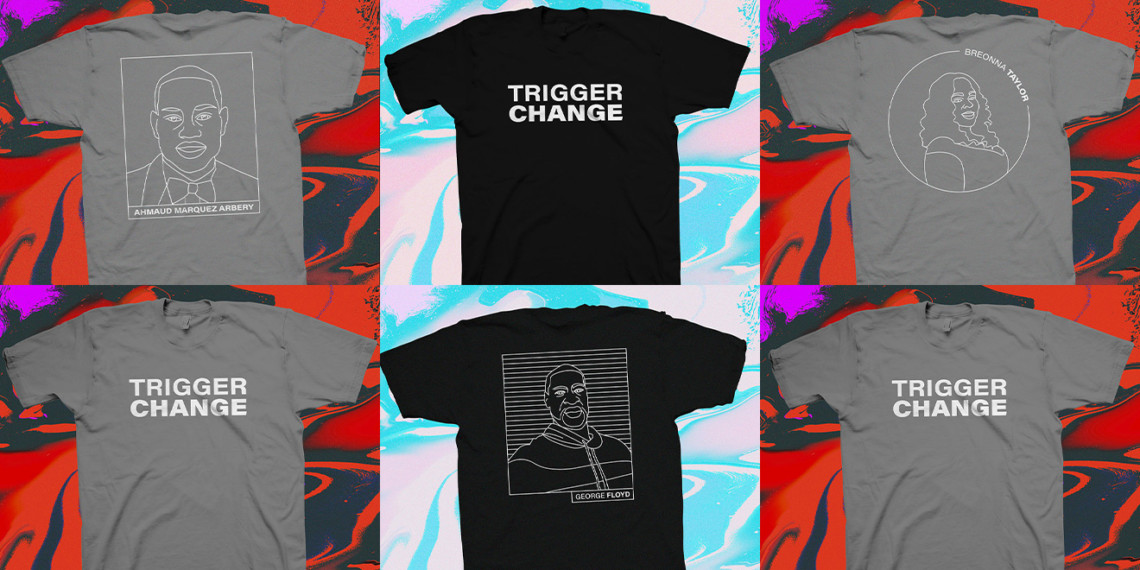 On Blackout Tuesday, four Miami creatives decided they wanted to do more than just post a black square on Instagram.

“We wanted to bring our talents together and create something meaningful that could encourage action in our community,” one of the creatives, a senior copywriter, told Adweek. All involved with the project asked to remain anonymous because they didn’t want to be the focus of the story.

She explained that the project started with the initiative’s name, Trigger Change, and was designed to capture attention by flipping “trigger’s association with violence to encourage action in a small way.”

The T-shirts read “Trigger Change” on the front, with portraits of Black victims of police brutality and racist violence on the back and their stories in place of a size tag. Instagram users can donate directly to Equal Justice Initiative via a donate button on the group’s Instagram Stories. Trigger Change is then informed of the donation and DMs donors for their size and address. For the initial run, T-shirts feature Ahmaud Arbery, George Floyd and Breonna Taylor, depending on the buyers’ preferred size.

“The sentiment behind it is that when you donate directly, you’re wearing that person’s memory,” she said. “It’s a reminder to take action.” 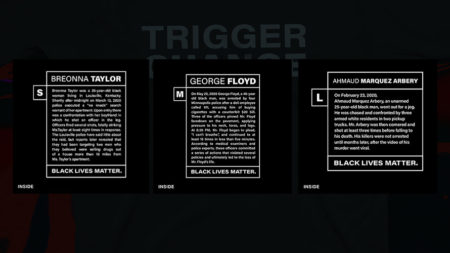 She explained that the group chose the Equal Justice Initiative because of their history of “changing the narrative of race in America.”

“Bail funds are great, but that’s a temporary solution,” she continued. “While money isn’t going to fix this alone, we wanted to support an organization that knows more about this than us and can affect change.”

The group got to work fast, deciding that they wanted to launch the day after Blackout Tuesday.

“We knew that if people were taking time to reflect they’d be more willing to take action,” the senior copywriter explained. “We did this overnight.”

The art director who worked on producing the shirt explained that each shirt was made to order by hand. “We had the intention to do something and put our agency skills [to work],” he said. “It’s cool how fast we were able to act.”

Initially, the shirts were made with stock they had leftover from nine years of printing, but the group has already run out and had to restock as demand far exceeded their expectations.

TRIGGER CHANGE NOT HATE. We never want to see your money, that’s why we ask that you contribute directly to @eji_org through our daily story donation button. Once you do that, we’ll get a notification and DM you to get your size and shipping address. Each shirt features a life we’ve lost to racial injustice, and their story permanently imprinted on the inside. When you wear our apparel, you’re accepting the responsibility to help trigger positive change surrounding racial inequality. #georgefloyd #BlackLivesMatter #DemandJustice #TriggerChange

In the long term, Trigger Change hopes to maintain momentum by featuring new designs, subjects and stories every two weeks, ideally partnering with new designers for each new T-shirt line, an art director on the project explained, adding that many designers and other creatives have expressed a desire to collaborate.

“We don’t want it to be a social media trend,” she added.

The unfortunate reality of racist violence and police brutality in America means there’s no shortage of potential future subjects.

“We want to showcase lesser-known cases, but with a lot of these cases, the facts aren’t fully public,” the senior copywriter explained, adding that the group is in the process of verifying facts for future stories. “There’s a long list that we want to get through.”