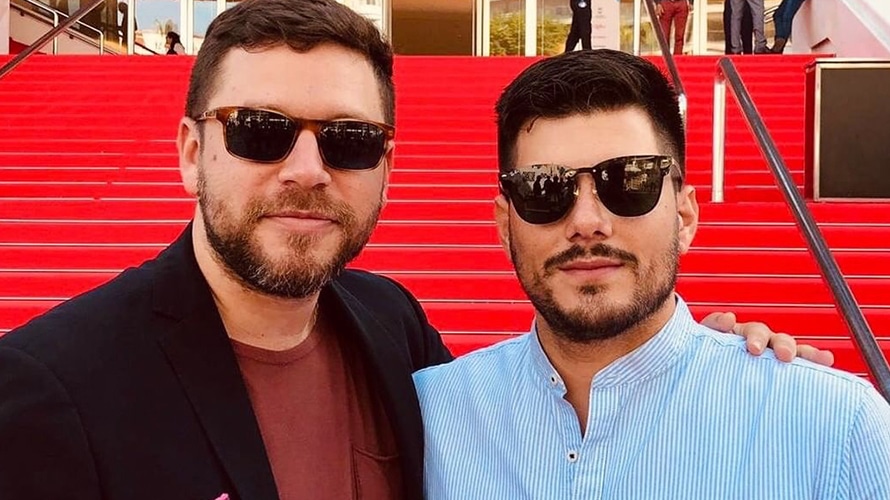 CANNES, France—In less than eight years, they’ve worked their way up from junior creatives to ECDs, amassing a staggering 67 Cannes Lions along the way. But as the sun set on the final day of this year’s festival in Cannes, Juan Javier Peña Plaza and Ricardo Casal told Adweek it would also be their last day with the David agency network.

The creative team developed such home-run ideas as Burger King’s “Whopper Neutrality” and the Cannes Grand Prix-winning “Google Home of the Whopper,” which turned Google Home devices into unwitting marketing vehicles by asking in an ad, “OK Google, what is the Whopper burger?”

This year, they led the creation of three Super Bowl ads for three different clients (Budweiser, Devour and Burger King). In Cannes last week, they took home 10 Lions, including gold in Film for the “BK Bot” campaign that pretended to use AI copywriting to create hilariously flawed commercial scripts.

They have not announced what their next career move will be. The Ecuadorian duo began at David—a WPP-owned agency founded in 2011 as an extension of Ogilvy Latina and named in David Ogilvy’s honor—as junior creatives in the Buenos Aires office in 2012 and transitioned to the Miami office in 2014. As associate creative directors, they were named to Adweek’s Creative 100 in 2017, and in 2018 they both vaulted to the rank of ecd.

Casal and Peña said they were the first creative team hired by David co-founding CCOs Anselmo Ramos and Gaston Bigio (who left the network in 2017 to found agency startup Gut) and that their tenure at David provided more opportunity than they could have ever thought possible.

“If you would have told me seven and a half years ago, when we started as the first junior team—the first team at David, employees No. 1 and 2—that we would end up as ECDs from the Miami office, finishing our cycle with a gold in Film and 67 Lions, I would never have fucking believed it,” Peña said. “It’s the dream career that we never even dreamed of because it’s so far-fetched and so fucking incredible.”

Both spoke highly of David as an agency that supported their creative ambitions while also giving them the opportunities to lead and nurture other teams. But more importantly, they said, the coworkers at David have been like family for a team that’s long been away from their home country of Ecuador.

“We’re not from the U.S., and we’re not from Argentina, and we have spent the last eight years living in Argentina and the U.S.,” Casal says. “So David is the family we chose.”

Peña echoed the sentiment, saying that the David team was a central part of their support base.

“We’ve been there since day one, and, looking back on everything that happened, it’s pretty emotional,” Peña says. “Being away from Ecuador, the agency becomes your family. You see them more than you see your father, your mother, your grandparents, your brothers and sisters. So they’re your family.”

Fernando Musa, one of David’s founders and chairman of the agency, tells Adweek: “We appreciate all that Ricky and Juan have done at David, and we wish them all the best. In the coming days we’ll be announcing exciting news that will further drive David’s momentum and growth.”

Peña and Casal’s first breakout hit was “Man Boobs,” a breast cancer prevention PSA that leveraged the hypocrisy of nudity rules on social media platforms—namely that women’s nipples are forbidden to be shown, but men’s nipples are fine. In the ad, a woman demonstrates proper self-examination technique on a man’s chest while standing behind him.