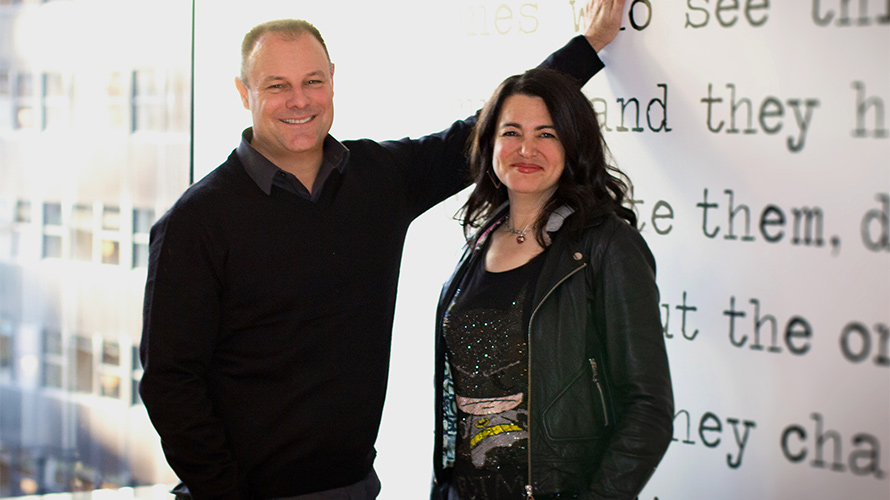 “Lisa and Derek have had careers that would make any creative jealous,” Weiss said in a statement. “To have one creative leader of their caliber is a blessing. To have them both feels like cheating.”

Topol and Barnes arrive from Grey New York, where they have served in executive creative director roles for over four years, working with clients including the NFL, Best Buy, TNT Networks and Bose. The duo first worked together while at W+K New York, after which Topol went on to JWT and TBWA\Chiat\Day, where she led Wheat Thins and Keep a Child Alive. In 2015, she was named to Business Insider’s list of the “30 Most creative women in advertising.” Barnes spent time with Anomaly, where he worked on Budweiser, before reuniting with Topol at Grey in 2013.

“Coming to DDB is a no-brainer when you look at the incredible team you’ll have by your side,” Topol said in a statement announcing the hires. “You can try to genetically modify all you want, but creativity is in the DNA or it isn’t. And here, it’s pouring out of every surface, every conversation and even out of that slightly crooked painting of Bernbach on the wall.”

“Thirty seconds after sitting with Wendy [Clark, DDB North America CEO], Ari,  Eric [Zuncic, DDB North America CSO] and Chris [Brown, DDB New York president and CEO], we knew instantly that these four are in sync, on a mission and rapidly transforming the network. And they’re pretty good at finishing each other’s sentences, too.”