Christine Removille steps in Sept. 3 as Will Swayne moves into different role 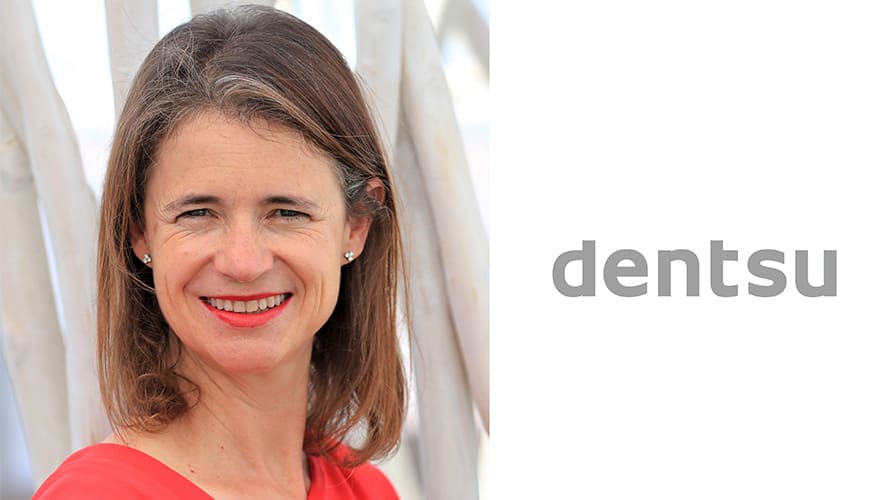 Dentsu Aegis Network’s Carat has hired Christine Removille, one of the founders of Accenture Interactive, as its new global president, replacing Will Swayne who has held that position since January 2016.

Removille is set to assume the role on Sept. 3.

Carat said in an announcement today that Swayne will move into a new global leadership role “focused on delivering integrated, digital economy solutions to our clients.” The media network did not specify the exact title Swayne will hold but said further details will be released in the coming months.

Dentsu’s Peter Huijboom, CEO of media brands and global clients, thanked Swayne in a statement “for the tremendous role he has played for Carat over the last few years.”

“Will oversaw $8 billion of net new business, retained Carat’s top RECMA qualitative ranking for the [past] three years and built long-term relationships with clients including General Motors, Microsoft, Kellogg’s, Diageo and Philips,” Huijboom said. “Will is exceptional at building trust, long-term client relationships and I look forward to working with Will in his new role.”

Huijboom added that he is “delighted that Christine is joining Dentsu Aegis Network to lead Carat, our largest media agency.”

Removille has been with the consulting behemoth Accenture for the past 20 years. She most recently launched and built Accenture Interactive in Europe and served as managing director for Europe, Latin America and Africa. But Removille’s roots trace back to Publicis creative shop Leo Burnett and, after that, Carat, where she was senior international account director for the U.S., U.K., Germany and France in 1998.

“I am thrilled to become part of Dentsu Aegis Network to lead the next wave of transformation with Carat,” Removille said in a statement. “My decision to join Dentsu Aegis Network was driven by their unique people-based data platform, the integrated operating model and completeness of marketing services. It is an exciting time and consulting talents combining business acumen, analytics and technology will add value in the agency landscape.”

At Dentsu, Removille will play a pivotal role in supporting clients as it puts “customers at the heart of their businesses for the digital economy,” according to Dentsu’s announcement.

“Christine is an energetic, transformative leader and brings a wealth of experience in building media and digital services and a deep passion for innovation and product development,” Huijboom said.

Removille’s appointment comes at an interesting time for the industry, as the line between consulting duties and those of media agencies increasingly blurs.

PHD worldwide CEO Mike Cooper told Adweek at the Cannes International Festival of Creativity that his media agency has been taking on more and more responsibilities historically handled by consultancies as clients’ demands evolve.

“I’m sure that’s all media agencies,” he said. “We’re all moving into the consulting space.”