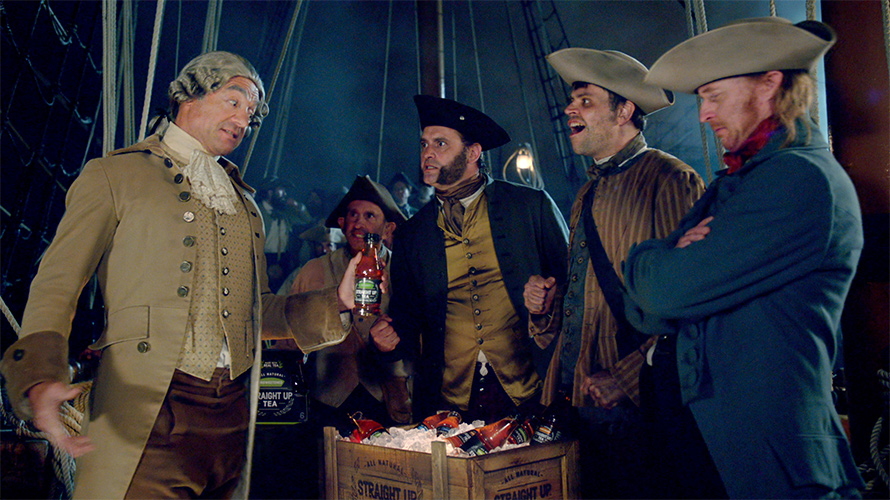 Dr Pepper Snapple Group is starting to spread the word about its new brand, Straight Up Tea, and, while doing so, is spreading some wild rumors about what sparked the Boston Tea Party.

In its first national campaign from the Richards Group, the tea brand (which claims to be made from only all-natural ingredients), takes viewers back to Dec. 16, 1773, where they find themselves on a ship in the Boston Harbor preparing to toss some chests of tea into the sea alongside the Sons of Liberty.

But this time, the protesters could care less about taxation without representation—all they care about is ridding Boston of tea made with artificial ingredients. And they’ll risk death to do it.

One can probably guess which tea brand (naturally) gets spared in the 15-second TV ad below.

The national TV ad will run through the end of August. It is supported by digital and social assets, including one six-second video.

Below are a few examples of the social spots.