Lucia Grillo will move into her new role in January 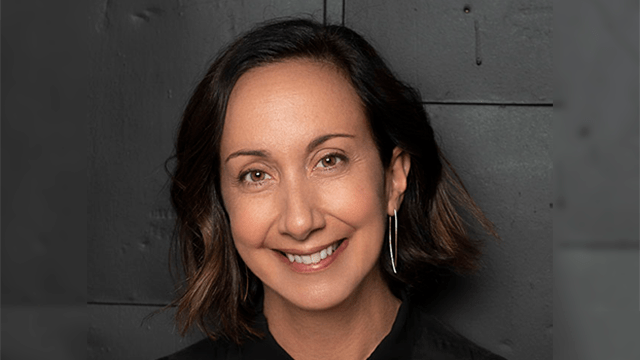 Dentsu Aegis Network-owned mcgarrybowen has hired Droga5 production development director Lucia Grillo as its first head of U.S. operations. Grillo will leave Droga5 at the end of the year and move into her new role in January.

In the position, she will oversee operations across the agency’s three U.S.-based offices: New York (where she will be based), Chicago and San Francisco. Grillo’s focus will be on establishing a workflow system across the mcgarrybowen network that will result in a more seamless creative process.

“I’ve never worked across a bunch of offices so this is an amazing opportunity,” Grillo told Adweek, explaining that she aims to “take what each office does very well and streamline that across [mcgarrybowen]. … Every individual office functions really well.”

At Droga5, Grillo worked across the agency’s departments and with new business to help develop disciplines and create processes and working models for new and existing clients. She also served as managing director of Droga5’s in-house production company, Second Child, where she helped develop new revenue streams. Grillo additionally held the role of production and operations lead on the agency’s Sprint business.

“I did a little bit of operations at Droga5,” Grillo told Adweek, and for the past few months was “looking for a role focused solely on operations.”

While searching for her next move, Grillo said she was introduced to mcgarrybowen U.S. president Pat Lafferty, who replaced Simon Pearce in March. Lafferty created the role of head of U.S. operations for Grillo, who added that she “found like-minded people” at the agency and realized “this is where I should be.”

“We are thrilled to have Lucia join the team,” Lafferty said in a statement. “She is an incredibly skilled operational leader with a strong track record of championing great work and enabling teamwork. Lucia gets it. Excellence in how we work drives excellence in what we create.”

Still, Grillo said it was bittersweet to leave Droga5, where she “loved everyone,” but was grateful to her former employers for being “very gracious” about her decision.

“Lucia helped establish our production arm, Second Child, and put in place rigorous production processes for some of our more complex clients,” a Droga5 spokeswoman said in a statement. “She leaves us a more organized and efficient entity, for which we are truly grateful. We have no doubt she will excel in her new role!”

Grillo’s move to mcgarrybowen also marks her return to Dentsu after she held a short stint in 2016 as vice president and head of integrated production at 360i, before departing for Droga5. Prior to that, she served four months as senior account director for Vice Media and spent 10 years at production company Psyop before that.

Her departure from Droga5 was revealed earlier this week, when it was uncovered that the agency’s CMO, Chris Wollen, would also be leaving at the end of the year. Wollen will become the first CMO of electric automaker startup Rivian, which is a Droga5 client, according to a source. Droga5 and Rivian declined to confirm the move.