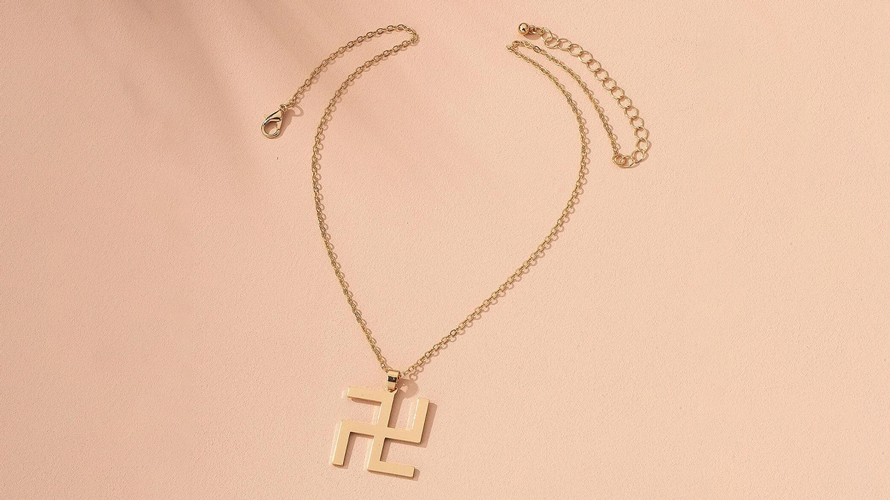 Shein has come under fire for selling a necklace featuring a swastika pendant.

The fast fashion ecommerce retailer is best known for knockoff products and impossibly low prices—case in point, the necklace in question costs $2.50. On Thursday, images of the necklace, which features a gold swastika pendant on a gold chain, started circulating on social media. Shein calls the product a “Metal Swastika Pendant Necklace.” 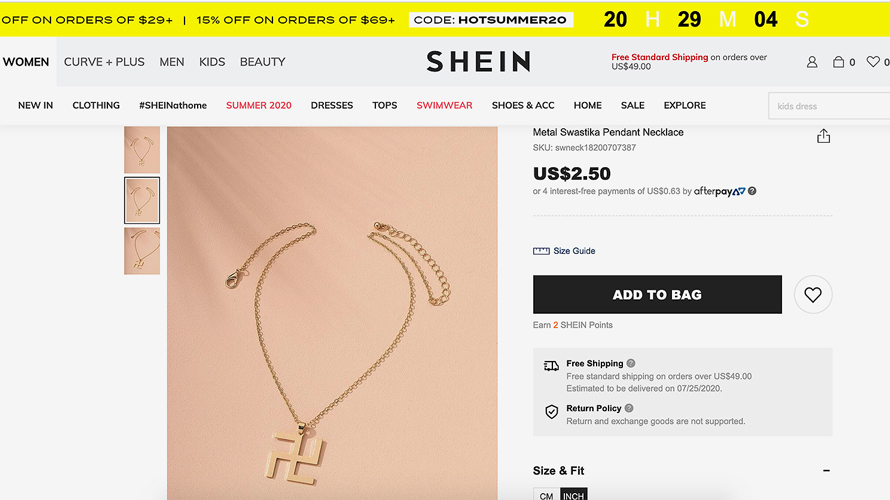 The webpage displaying Shein's swastika pendant
Once screenshots of the product started making their way around Twitter and Instagram, the backlash was swift, with people calling for boycotts of the brand. Shein pulled the product quickly after the social media chatter started.

STOP SHOPPING AT SHEIN. not only do they use child labor and fast fashion, they are literally selling a SWASTIKA NECKLACE. please speak up about this pic.twitter.com/ohmV3mAkSk

Shein apologized for the necklace, saying it was not meant to represent a Nazi swastika, but rather a “Buddhist swastika.”

“For the record, Shein was not selling a Nazi swastika pendant. The necklace is a Buddhist swastika which has symbolized spirituality and good fortune for more than a thousand years,” a Shein representative told the New York Post. “The Nazi swastika has a different design. It is pointed clockwise and tilted at an angle. However, because we understand the two symbols can be confused and one is highly offensive, we have removed the product from our site. We want to apologize profusely to those who are offended. We are sensitive to these issues and want to be very clear that we in no way support or condone racial, cultural and religious prejudice or hostility.”

The word swastika is indeed derived from a Sanskrit word meaning well-being. However, across the world, swastikas are more commonly associated with Nazi Germany and today, white supremacy and anti-Semitism. The interpretations of the two symbols can be differentiated by the way they are presented: A Buddhist swastika resembles a square, while the Nazi swastika is turned, so it looks like a diamond.

It’s not the first brush with controversy for Shein. In fact, it’s not even the first this week. Four days ago, Shein apologized for selling what it called “frilled Greek carpets” that resembled Muslim prayer rugs.

“As a global brand, we vow to do a much better job in educating ourselves on different cultures, religions and traditions to ensure our diverse community is respected and honored,” read a post on Shein’s Instagram page.

A representative for Shein did not respond to Adweek’s request for comment.