The brand launched an RFP in November 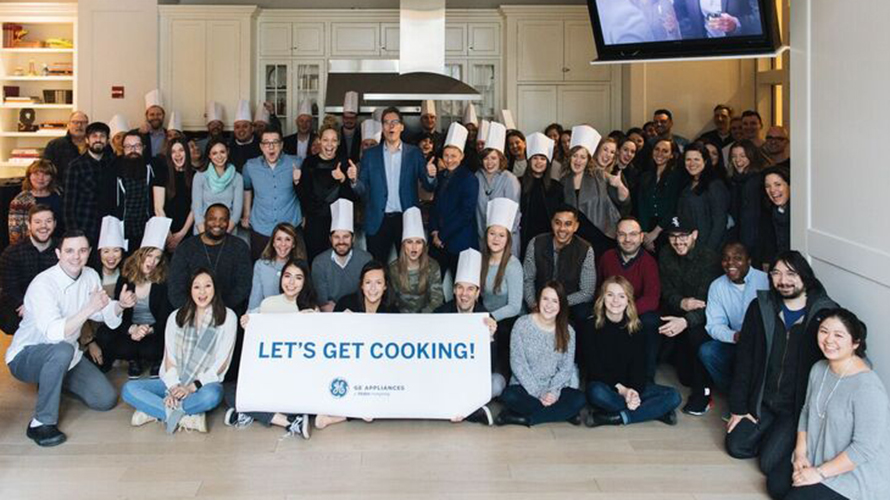 GE Appliances team at its Monogram Design Center in Chicago, greeting FCB with the announcement of the win.
GE Appliances
Share
By Lindsay Rittenhouse
|
March 6, 2018
Share

GE Appliances announced it has chosen FCB Chicago as its creative agency of record to handle advertising, digital, social and shopper marketing following a competitive review that launched in November.

Sources close to the matter told Adweek that FCB beat out longtime incumbent BBDO (which had worked with the larger General Electric since 1920), Ogilvy & Mather, McCann and MullenLowe for the business.

“We have an exciting year ahead, and finding the right creative agency to drive our brands to become more distinct, iconic and disruptive in the marketplace was critical,” Mary Putman, GE Appliances vp of marketing and brand, said in a statement.

Putman continued, “We talked to some of the most talented and forward-thinking agencies in the world and ultimately found that FCB had the right team for us at this time. FCB has the range of creativity, capabilities and disruptive thinking necessary to connect with our owners in new, bold ways to help us drive results for our business.”

GE Appliances said it surprised FCB with the decision by leaving a message at the creative shop’s office yesterday telling staff to report to its Monogram Design Center, where a banner that read “Let’s Get Cooking” greeted them. The FCB team and staff from GE Appliances then celebrated with a complimentary breakfast and mimosas.

Monogram, the maker of kitchen appliances, is one of the company’s brands that FCB is tasked with strengthening under the new partnership. Others include GE Cafe, GE Profile, Haier and Hotpoint. Specifically, FCB will be responsible for driving individual identities for all those brands.

According to a Kantar Media report, GE Appliances spent just $8.3 million on measured media in the U.S. in 2016 and $16.4 million during the first half of last year.