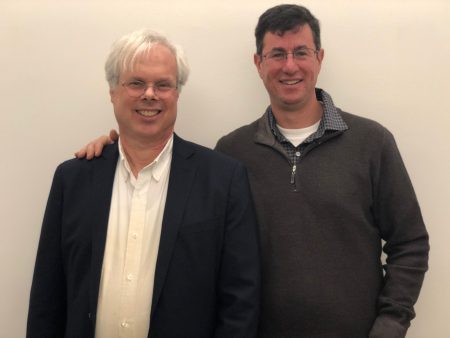 With the purchase of Small Army, Finn increases its digital marketing team to a staff of 150. The firm has a total of 700 employees across 18 global offices, including in Chicago, Detroit, Frankfurt, London, Los Angeles, Paris and Munich.

“This is an evolution that all PR agencies are making as clients look for integrated solutions,” Peter Finn, founding partner of Finn, told Adweek. “It’s important for our future development and growth.”

He added that the firm has also been looking to strengthen its base in Boston, where there’s a “huge market” for tech, health and biotech.

For Small Army, founded in 2002, founder and CEO Jeff Freedman said he had been thinking about “what the future is” for the agency and a year and a half ago “started poking around” for suitable buyers to further his vision. That’s when Freedman said he met Peter Finn and, although he considered “a lot of options,” he ultimately agreed to sell to the firm because of its moral principles. Or, as Peter Finn described it, its goal of being “a large global agency with a heart and conscience.”

“That’s probably what attracted us most to Finn,” Freedman said, noting his own commitment to social service. After Small Army co-founder Mike Connell died of cancer in 2007, Freedman started the annual Be Bold, Be Bald! event in 2009 that inspires people nationwide to shave their heads to raise money for fighting cancer and show solidarity with survivors.

Along with being aligned ethically, Freedman said that Finn will also provide Small Army with “media resources, global reach, [expertise in additional] practice areas and disciplines [and] the ability to travel.” In other words, he said, to “help us grow.”

“The addition of Small Army is an important step for Finn as we continue to build out a world-class integrated marketing capability,” Noah Finn said. “Jeff and his team deepen our bench strength in strategy, creative and media, and they bring an impressive roster of clients that will expand our portfolio in several industry sectors.”