Fishbowl Is Trying to Be the Ad Industry’s Hottest Networking and Gossip App, Starting With Cannes

App that originated in consulting world makes jump to advertising 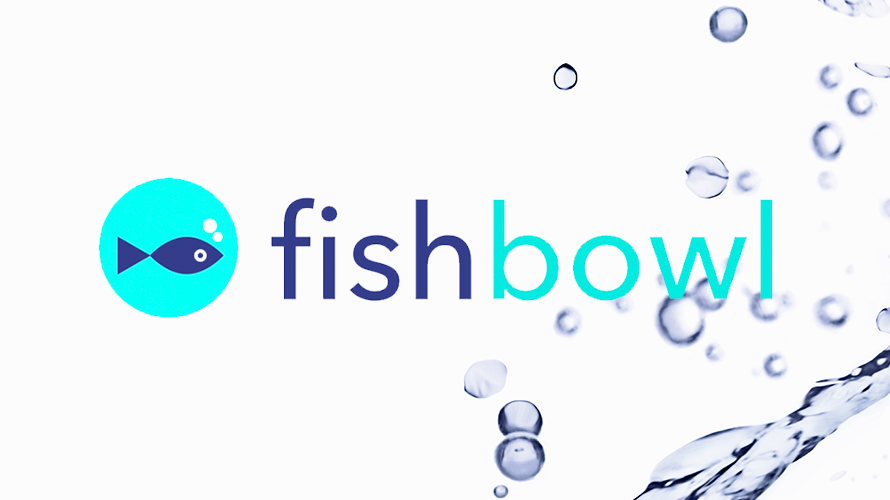 Ad industry professionals looking to share their hottest takes on Publicis Groupe’s decision to sit out all awards and trade shows for the next year have turned en masse to one place: Fishbowl. The app that started in the consulting world is making the jump to advertising.

Founders and backers of the app, which aims to become a virtual watercooler for several industries, saw this year’s Cannes Lions festival as a good opportunity to get the word out. And based on the Fishbowl responses to Publicis Groupe’s “professional assistant platform,” Marcel, they may have tapped a nerve.

“Taking a look at the landscape, we saw a fragmentation of social,” said co-founder and COO Loren Appin, who launched the app more than a year ago along with CEO and fellow entrepreneur Matt Sunbulli. “We realized that all of the networks were for personal life, and the only ‘professional’ network wasn’t social at all. LinkedIn is more like a digital Rolodex.”

The duo saw an opportunity in creating an alternative to the famously spam-heavy, self-promotional LinkedIn. Unlike some networks, Fishbowl requires confirmation of one’s employer via a valid work email, so it’s not quite anonymous. But users have the option of hiding their names, and many do just that.

“We try to make it relevant by verifying identity, grouping and segmenting users with other professionals who do similar things,” Sunbulli told Adweek. “In real life, people come to conversations in organic, natural ways, and we have flexible privacy settings that allow users to choose how and when to share different aspects of their identities.”

In this way, the app can serve as a literal “safe space” to discuss the challenges and peculiarities of one’s industry. 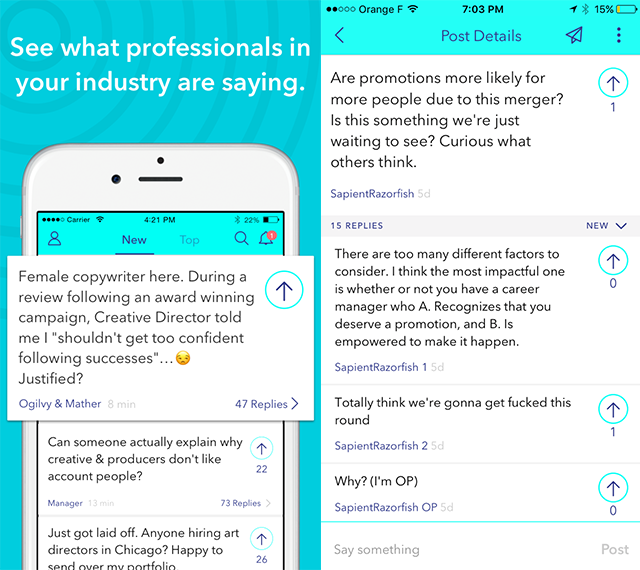 Beyond a general feed that highlights trending topics and popular posts a la Twitter or Reddit, Fishbowl also includes a “bowls” feature that allows users to either create their own private discussions or enter conversations about their employers, anonymous “confessions” or the day’s most important subjects—like Cannes Lions.

As entrepreneurs, the co-founders are familiar with the world of consulting, and Fishbowl achieved early success among the five largest consultancies. Internal data indicates that 25 percent of those firms’ employees use the app an average of 12 minutes a day.

“In the consulting world, we have a number of meetup bowls,” Sunbulli explained.

“A lot of consultants started talking to their accountants on the other side of the fence,” said Appin, “and that bled into word of mouth awareness in accounting, finance and, eventually, advertising.”

The ad industry was a natural next step, especially since many consultancies compete or work directly with agencies. According to newly released U.S. metrics, 28 percent of Saatchi & Saatchi employees have registered for Fishbowl, along with 20 percent of Crispin Porter + Bogusky, 16 percent of Grey and 17 percent of SapientRazorfish.

This can lead to some eye-opening smartphone alerts.

The best kind of notification. pic.twitter.com/gPKgYVmvxo

Appin said the Fishbowl team saw Cannes as “an opportune time to formally announce the advertising group being open across the industry.” The app added a specific Cannes bowl that includes everything from beachfront imagery, party recommendations and discussions of this year’s winners to minireviews of events featuring Sheryl Sandberg, Helen Mirren and A$AP Rocky.

Sunbulli said the duo had stickers and other “guerilla” promotions planned, noting, “We’re not a Google or a Snapchat, [but] if we can get people to use Fishbowl to talk about what’s happening and go there to discuss it, we will consider that a success.”

As one user wrote today, “Something else needed to keep me riveted now that the Bachelor in Paradise scandal is over. I’m dying reading the comments here re: Marcel. Dying.”