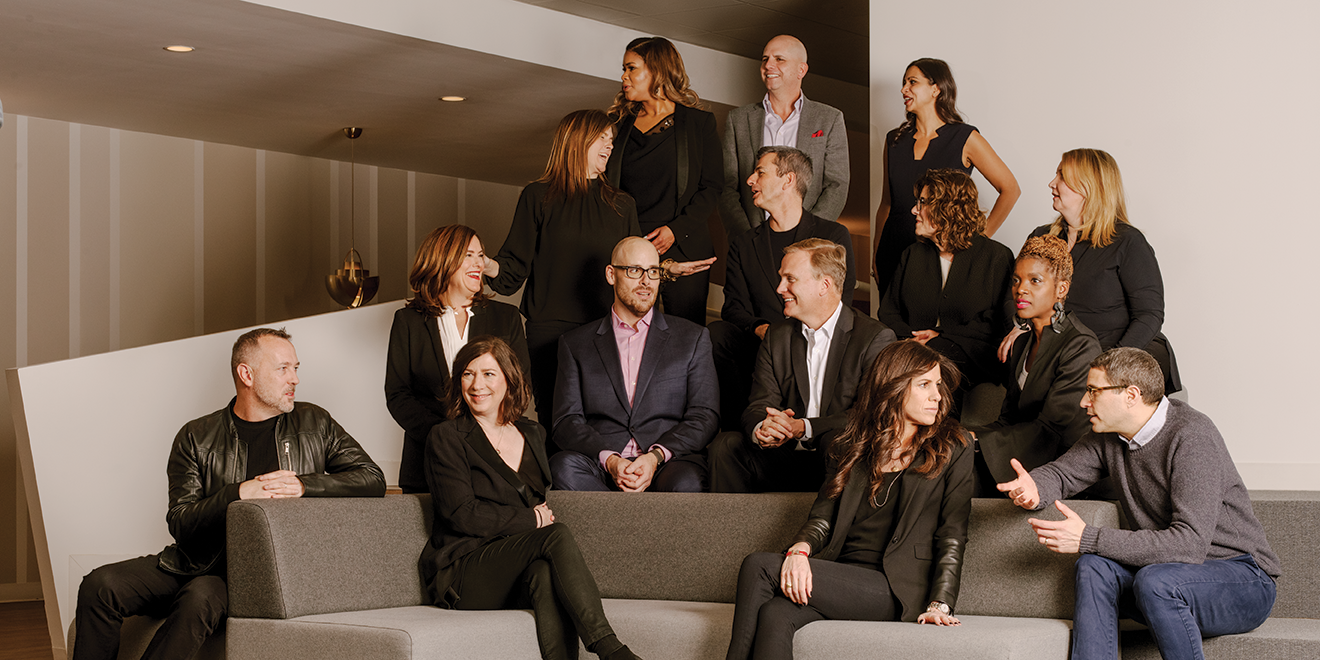 In late 2018, a gripping documentary called 5B came out that told the story of nurses who were on the frontline of the AIDS epidemic in the early 1980s. The movie was screened at the Cannes Film Festival last year and covered by the likes of NPR and The Washington Post.

The film originated from an unlikely source: UM. A media agency that makes movies? For UM’s executives, projects like these help Adweek’s U.S. Media Agency of the Year keep pace with a diversity of clients and their ever-changing needs—whatever those needs might be.

“We are here to solve our clients’ business needs. They evolve over time, all the time,” notes Eileen Kiernan, UM’s global CEO. “If we have the skills and the wherewithal to solve that need and step up with a valuable solution, we will.”

In the case of 5B, longtime client Johnson & Johnson came to UM with a conundrum: It was looking for a way to reinforce its commitment to nursing and to squash stereotypes around the profession that harm recruitment efforts. Through UM Studios, the agency’s original content arm, the idea for 5B was born.

5B | Created by UM Studios, the documentary tells the inspiring stories of nurses who worked at the country’s first HIV ward in the early 1980s. The documentary was commissioned by Johnson & Johnson as a way to shine a light on the important work nurses do every day.

5B ended up winning the Cannes Lions Grand Prix in Entertainment last year, proving that UM has both the resources and talent to pull off far more than what’s typically expected of a media agency. Kiernan says the documentary is just one example of UM’s innovative spirit and willingness to “race towards” disruption rather than shy away from it.

“It’s very much an organization that sees a client need and then creates a product or capability around it,” says Lynn Lewis, U.S. CEO of UM. “UM has an incredibly entrepreneurial spirit and backbone to it.”

Spotify is another client drawn to UM because of its vanguard ways, naming it global media agency two years ago.

“We wanted a partner that would always be pushing the envelope in terms of innovation with regard to media,” says June Sauvaget, Spotify’s global head of consumer and product marketing. “I feel like we’ve been able to challenge each other openly and evolve together.”

UM’s client roster in the U.S. is a mix of old and new: Iconic brands such as American Express and Coca-Cola sit side by side with streaming platforms like Hulu.

“We’re working with both types of businesses in unique and complementary ways,” Lewis says. While UM approaches each client differently, the common thread is the agency’s obsession with “future-proofing” the businesses it works with.

This approach helped deliver the New York-based agency an incredible 2019. UM picked up accounts like CVS, Energizer, Levi’s and TGI Fridays in the U.S., without suffering any client losses.

Ensuring its clients are prepared for the future takes many forms. For instance, the agency spent much of the year building up its shopper marketing unit. In addition to promoting Amie Owen to svp, head of Shopper, UM invested in proprietary tools in this space, brought in new hires and retrained employees internally to bring them up to speed. 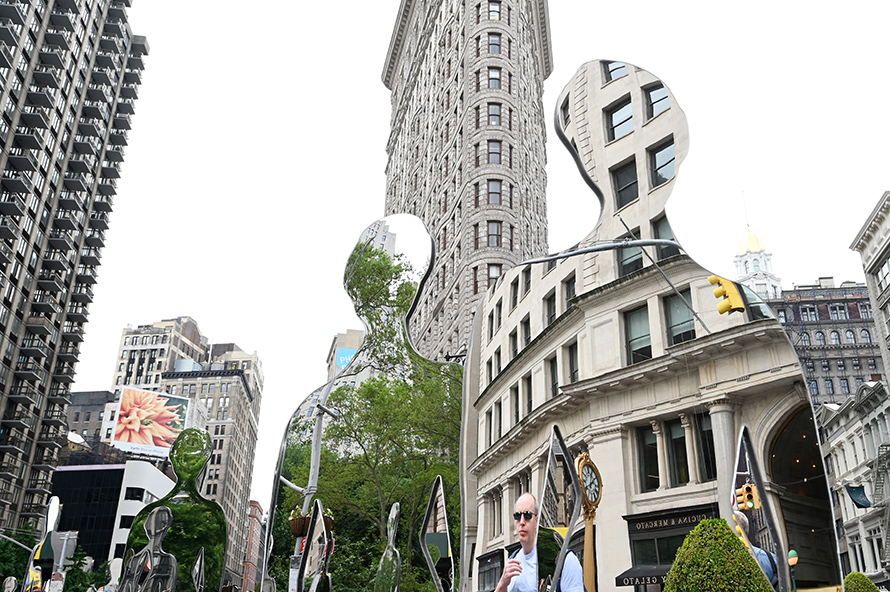 “I lovingly refer to it as our best-kept secret,” Lewis says in reference to the agency’s shopper marketing practice.

“We’ve had a very strong chapter over the past five or six years,” says Kiernan. “In some ways, showing growth when you’re coming from a place of strength is twice as hard as the opposite, but that’s what we’re doing and that’s what we aim to continue doing.”

She says IPG’s 2018 purchase of Acxiom has also proven to be enormously valuable for UM and its clients. 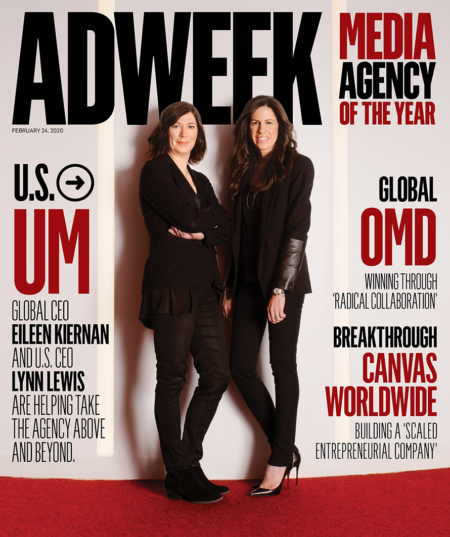 “The acquisition of Acxiom was a big, significant inflection point in our history,” says Kiernan. “We’re learning every day as to the kinds of new areas of opportunity and growth it could unlock for our clients.”

Acxiom has helped bolster UM’s media savvy, which is increasingly becoming more precise. For example, during the holiday season last year, kitchen appliance brand Ninja wanted to advertise three of its products: a pressure cooker, grill and air fryer. Thanks to UM’s Addressable Content Engine (ACE), which helps clients deliver customized content at scale, Ninja was able to maximize its media spend by targeting groups with the product that would be relevant to them via 63 different ads.

The precision of the effort wasn’t confined to audience type. Factors like genre, weather and time of day were also taken into consideration. For instance, a person watching a reality show on Hulu in the morning would be served a different ad than someone viewing a cooking video on one of Meredith Corp.’s sites at night. The ads also offered viewers recipes based on their demographic, adding another element of customization.

“It allows us to optimize between different audiences and different messages,” he says. “It’s a more sophisticated, complex media approach.”

Last summer, UM released insights from Remix Culture, a global study spanning 81 countries and 44 languages that helps advertisers “understand cultural trends, territories in which brands should engage, audiences across the world and the platforms they interact with.” According to UM, data and insights from Remix Culture were instrumental in several recent new business wins.

UM’s continued investment in itself is key to attracting marketers to the agency and helping it stand out from the competition.

“Our decision to choose UM was driven by three key factors: their deep understanding of the Levi’s brand and culture; their ability to expertly connect the funnel and use data to drive investment allocation; and the power of their tools and analytics,” says Stacy Doren, vp of marketing, Americas at Levi’s. “Additionally, the chemistry between our teams was undeniable from the first meeting.”

Pet Playlist | Spotify recently worked with UM to roll out its Pet Playlist capability in the U.S., which lets pet lovers create custom playlists for their furry friends with help from the streaming platform’s algorithm.

In the U.S., females lead UM. At the end of 2018, Lewis—who joined the agency more than 15 years ago and has held several roles—was promoted to CEO.

“Lynn and I work very well together,” Kiernan says. “We both come from the client world. We speak the same language, and I think we share a set of core values around the kind of agency that we want to lead.”

Lewis describes UM’s culture as equally “client-first and people-first,” noting that the agency’s commitment to diversity has been critically important. 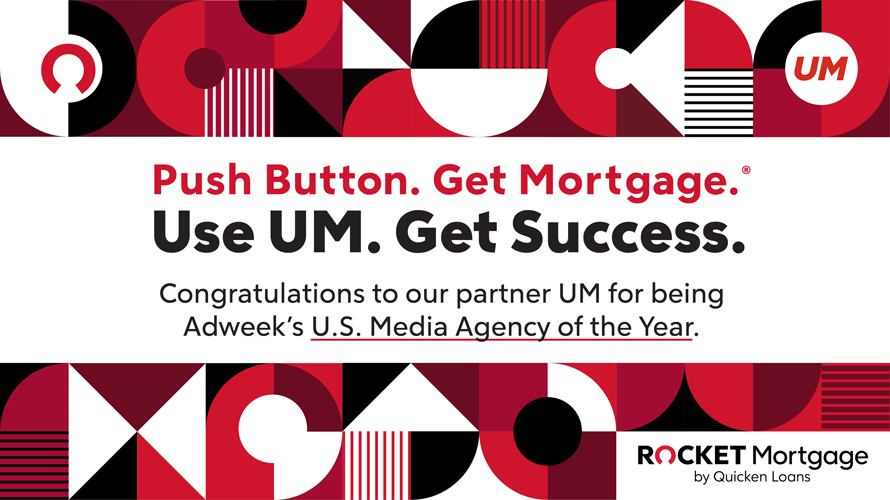 “There are a number of things that we’ve done to ensure a stronger, more collaborative, inclusive culture,” she says.

Deidre Smalls-Landau, who was promoted to UM’s U.S. CMO and evp of global culture last year, is leading Unity 2040, an initiative that aims—by the end of this year—to increase diverse representation within the agency by mirroring the projected U.S. ethnic population of 2040.

“We’ve put out some bold goals in the marketplace,” says Smalls-Landau. “I like to think about diversity as a business and not as a numbers game. If you treat it like a business, then you make bold goals.”

Check out our full coverage: 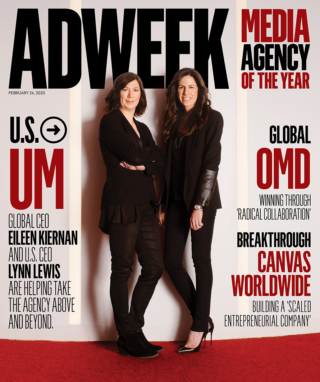 Click for more from this issue
This story first appeared in the Feb. 24, 2020, issue of Adweek magazine. Click here to subscribe.
@Minda_Smiley minda.smiley@adweek.com Minda Smiley is an agencies reporter at Adweek.