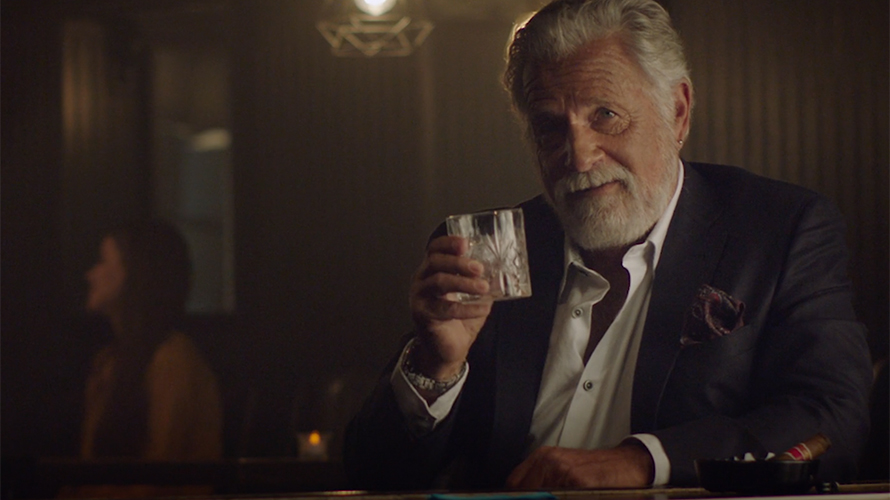 After retiring from his role as Dos Equis’ Most Interesting Man in the World last year, Jonathan Goldsmith turned to the hard stuff, appearing in a teaser ad for Davos Brands’ Astral Tequila in June.

Earlier this month, it was revealed that the independent San Francisco-based Erich & Kallman beat out a number of unspecified New York and Los Angeles agencies and was named Astral Tequila’s first creative agency of record. Now, the agency has launched its first work for the brand, a Columbus Day social ad.

The 30-second spot features Goldsmith offering up a tongue-in cheek Columbus Day “reenactment,” playing on the idea that Columbus mistakenly thought he had found a shorter route to India when he landed in the New World.

Goldsmith emerges from his seat after exchanging glances with a woman on the other side of the bar, who it appears is intended to represent India. Along the way, however, Goldsmith bumps into a third party and, like Columbus, presumably never makes it to his intended destination.

While clearly not meant to be taken seriously, it’s not hard to see why the ad could stir up controversy or why some may find it problematic.

Some may see the ad’s implicit comparison of Columbus’ “discovery” of the New World in an attempt to reach India with ethnically representative bar hookups as racist and sexist. Kallman said he “can’t speak to how people may view” the ad but that the agency “chose a script we thought would break through and make a splash in social media.”

So far, reactions to the ad on the brand’s Facebook page have ranged from perplexed (“I’m sorry what?”) to outraged (“Instaboycott,” “Insensitive AF”) to sarcastic (“That is pretty much how it happened, sans the theft and subjugation”) to profane. Other commenters praised the ad or were just happy to see Goldsmith back.

Astral Tequila and Erich & Kallman plan to roll out a series of social ads starring Goldsmith before expanding the campaign to other outlets.

“Jonathan is a universally beloved guy,” Kallman said. “Just having him in the video does a lot of the work for you.”

Despite Astral Tequila’s initial video with Goldsmith referencing his previous role with the line “I told you I don’t always drink beer,” Kallman said, the agency doesn’t view his role as an extension of that character but admitted there was added pressure in “using a guy so well known from a previous ad campaign.”

“We don’t think about it as [Goldsmith continuing his Most Interesting Man in the World role]. Jonathan has lived a crazy, wild, interesting life of his own,” he said. “We think of Jonathan as playing himself.”

Since its launch in May 2016, Erich & Kallman has grown to include a full-time team of a dozen people and a large group of freelancers. Kallman hinted at several new business wins Erich & Kallman has not yet disclosed. He added that the agency also has several new creative projects in the works, including a continuation of its “Tim and Charlie” campaign for Go-Gurt.