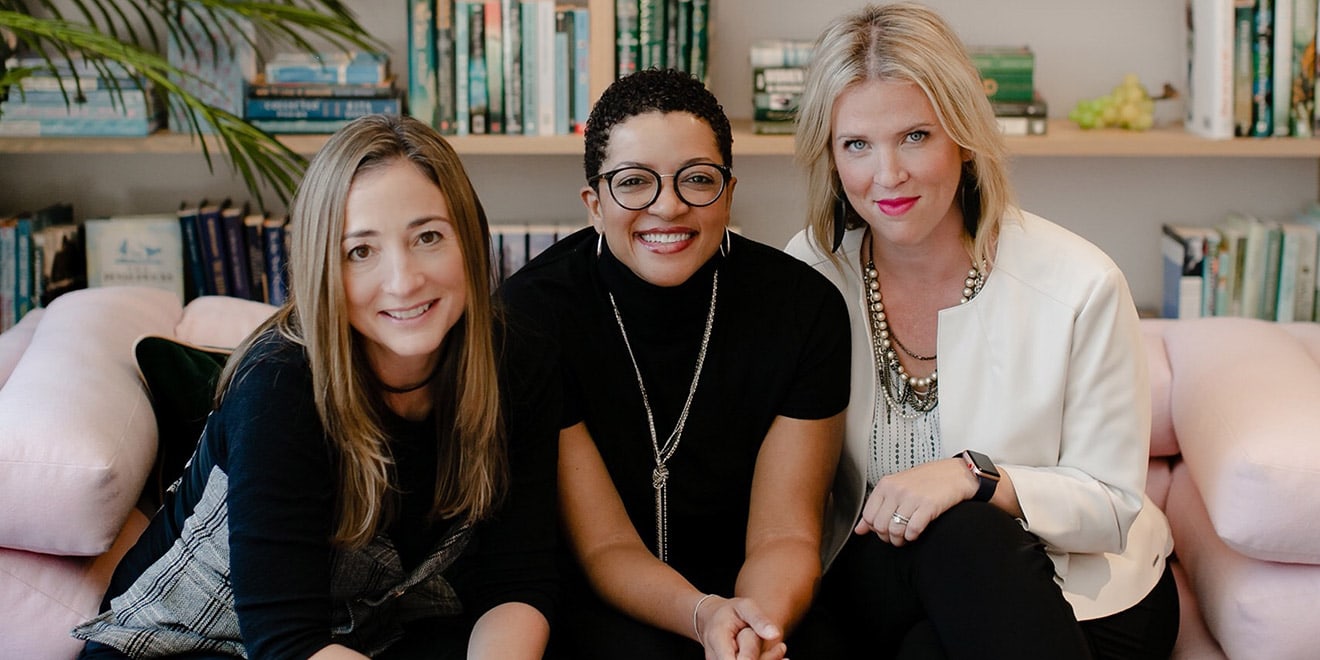 Caroline Dettman, Pamela Culpepper and Erin Gallagher are starting a consultancy called Have Her Back. - Credit by Have Her Back

Caroline Dettman, former chief creative officer of Golin, is turning a side project she started at the public relations agency into a full-fledged business.

Called Have Her Back, Dettman has launched the brand consultancy alongside Erin Gallagher, who previously served as executive director of marketing at Golin. The two built Have Her Back within Golin’s walls as a way to support female talent in the wake of movements like #MeToo and #TimesUp, and are now turning the initiative into a consultancy that will help brands advance equity for women.

IPG, which owns Golin, is taking a minority stake in the company. Dettman and Gallagher have brought on Pamela Culpepper, who served as chief people officer at Golin before joining the Chicago Board Options Exchange in 2016, as a founding partner. Before Golin, Culpepper was PepsiCo’s chief global diversity officer.

Additionally, Ellen Johnson, who serves as svp of finance and treasurer at IPG, will serve on the board of Have Her Back.

Have Her Back will be based out of The Wing in Chicago, a co-working space for women. The consultancy will work with companies who are looking for help and guidance on gender parity efforts.

The project started last year as a campaign that called on agencies to support and provide opportunities for women who’ve been ostracized in the industry for speaking up about sexual harassment.

In partnership with Golin, The 3% Conference, global creative network SheSays, women-focused workspace EvolveHer and Golin’s leadership team, Dettman and Gallagher launched Have Her Back with a video and website last March.

At its launch, Have Her Back had three primary goals: to hire more female creative directors in the hopes of eventually doubling their representation; to train employees on proper workplace conduct; and to create a culture of empowerment for all.

Within Golin, the initiative spurred change through things like “manbassador” trainings for men and making a concentrated effort to hire more women, particularly ones who’d left the agency world because of unfair treatment. It also signed up for the 3% Movement’s Pledge for Pay Equity, which involves conducting an internal wage audit.

Earlier this year, Dettman and Gallagher decided to see if Have Her Back would be of interest to companies that are grappling with the same issues the advertising industry is facing when it comes to gender equality. So they hosted an event in Silicon Valley to test the waters.

“Frankly, we weren’t quite sure if brands and companies wanted to be a part of this. So it was a bit of an experiment,” said Dettman.

According to Dettman, the event turned out to be a massive success, attracting the likes of Adobe and HP and garnering press coverage. It was at that point that they knew the potential existed to turn Have Her Back into something more.

“Even though Have Her Back was not marketing itself as a business or a consultancy at that time, I started to realize that people were calling us for expertise on everything from external campaigns to products and development to internal cultural change,” Dettman said. “There is a need not being met, clearly, if they’re coming to us and we’re not marketing ourselves.”

As far as services go, she said the consultancy will work with companies on a case-by-case basis, depending on what their needs are.

“I think the suite that we can offer will be very customized based on where the company stands,” explained Dettman.

Much of their work will focus on ensuring that a company’s gender equality efforts align both internally and externally. More and more, companies are championing gender equality in their marketing messaging while operating organizations that still put women on unequal footing. Take Nike, which came under fire this year for celebrating women via its “Dream Crazy” platform while penalizing sponsored athletes when they get pregnant.

Gallagher said that it’s situations like these where Have Her Back can help.

“Consumers are going to hold your feet to the fire,” she said. “They want to see authenticity inside and out. If you are purporting that you’re something externally and that’s not the case internally, [consumers] are going to call you out. That’s where we come in.”