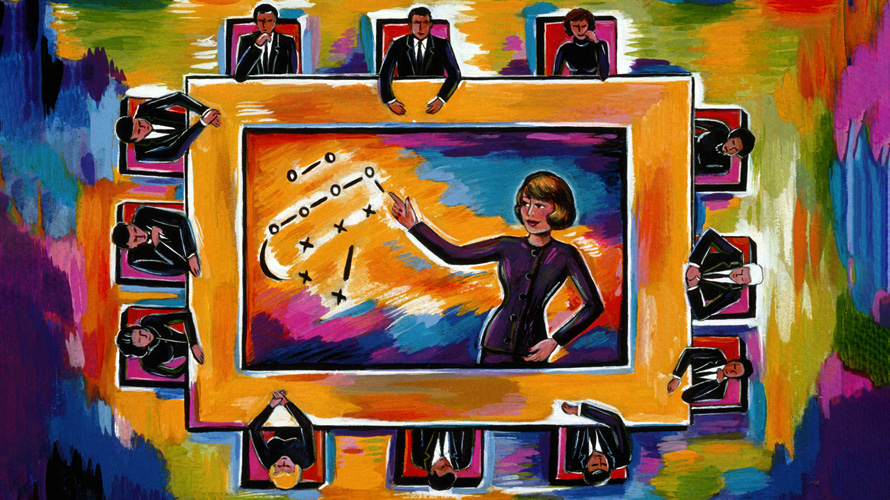 Look after the people. Produce great work. The rest looks after itself. - Credit by Getty Images

This year, I was lucky enough to present a talk at the fall 3% Conference on “Why the Future Is Female and Why Men Need to Get Over It.” The talk is based on my own experience of what’s happened at Goodby Silverstein & Partners and the critical role that women have played in our transformation.

Our journey has seen significant highs and lows. My early years at GS&P were good. We won Adweek’s North American Agency of the Year in 2007 on the back of a six-week period in which we won over $1 billion worth of billings. Things appeared to be good.

It was wild, and it took its toll on the partner group. We went from eight men to seven men to six men then to four. It was like The Hunger Games, but with middle-aged white men.

The up-and-down financial performance had a dramatic effect on people. We turned over, on average, 35% of our staff every year for four years (and in some years, it was closer to 50%). It was discouraging and extremely hard to manage.

We knew we needed to bring fresh perspectives and a new dynamic to the partner group, so in 2016 we selected a group of people who had a combined 54 years of experience at GS&P and who represented the diversity of our offerings and our culture. They included Brian McPherson and Leslie Barrett (managing partners), Bonnie Wan (head of brand strategy) and Christine Chen (head of communication strategy). With me, Margaret Johnson, Rich Silverstein and Jeff Goodby, our partner group was now eight, with four women.

It all started with a simple appreciation of the amazing talent we already had around us.
We put a stake in the ground in the industry, announcing to the press this perfect balance on Aug. 26, 2016, timed with Women’s Equality Day.

We knew that in order for the new team to be successful, setting a confident agenda was critical. In our first off-site, we talked about being more selective in what we pitched so that we would pitch as the agency we wanted to be. We landed upon “mass intimacy” as the rallying cry for our work. On top of that, we talked about the need to be more transparent with the rest of the agency about how we were performing financially.

With a 50/50 balance, the dynamic in the room at that initial offsite was very different. Problems were attacked from different perspectives. We were more rigorous and less impulsive.

In our first agency employee survey after the new partner announcements, we found in the data that men initially felt “less empowered” as a result of the changes we had made to the partner group. On the flip side, women felt “more empowered.”

Then, a year later, we saw that everything went back to a similar level for men and women, albeit at a higher overall level of “empowerment” for everyone. We went back and looked at the historical data and, interestingly enough, we saw this exact pattern when Margaret Johnson, our current chief creative officer, was named a partner back in 2012.

But that was just the start of the story. As a result of a more balanced leadership, today 73% of our department heads are women.

We became much more focused on our new business efforts. We put Margaret, Bonnie and Leslie in charge of making decisions about what we should and shouldn’t pitch. We stopped pitching everything that moved and instead focused on the creative opportunity. That strategy proved to be critical in winning our most coveted AOR relationships.

We have experienced tremendous revenue growth since 2016, and that was the trigger for all sorts of other positive outcomes.

After our partner changes, staff turnover dropped dramatically to historically low levels for the agency. Since the partner shift in 2016, our turnover has averaged 18% against the industry average of 30%. This decrease is critically important because finding talent is incredibly time-consuming and expensive.

And morale has improved significantly. We had a 26% increase in employees being “satisfied with their jobs” and thinking it’s the “best place to work” since 2012. There was also a 32% increase in people having “pride in our work.”

So what four things can we learn from all this?

You need diversity of representation on any team, at any level

That means age, life stage, gender, ethnicity, sexual orientation and personality type. Your leadership team should represent the full diversity of your culture. And for us, it had all sorts of financial benefits.

Create flexible work environments for the next generation

All new members of our partner group had children and went on maternity or paternity leave while at GS&P. We have always been proud of the fact that 83% of women who work at GS&P and who have had children have returned to work at the agency. Being flexible with the needs of a new parent is absolutely critical to that.

But be flexible as well in all life stages along the way. For instance, we gave Brian McPherson a sabbatical and let Bonnie Wan move to Portland for a few years. Recently, we’ve tripled our New York office staff size, filling it 88% with former San Francisco staffers, people who needed to move to New York to be closer to family on the East Coast. We’re retaining incredible talent as a result.

Concentrate on the basics

Look after the people. Produce great work. The rest looks after itself.

If it’s important, measure it

And hold yourself accountable for those results.

I believe we’re a better partner group than at any point in my time at the agency. And it all started with a simple appreciation of the amazing talent we already had around us.