It, like the country, appears to be on a precipice of monumental change 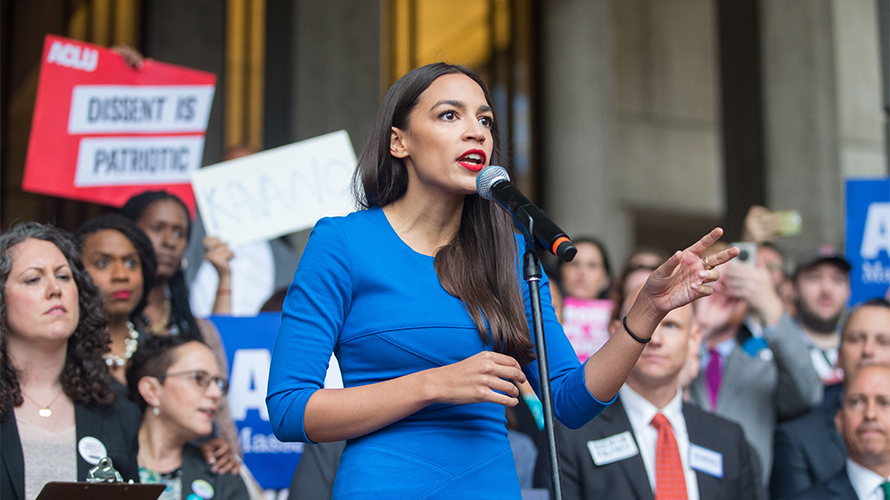 A record number of women won seats in the House of Representatives in the 2018 midterms.
Getty Images
Share
By Lisa Clunie
|
November 8, 2018
Share

On Tuesday night, we saw over 100 women presumed elected to the U.S. House of Representatives.

We saw the first black woman elected to Congress in the state of Massachusetts, the first woman in the Senate in Tennessee and the first female governors in Maine and South Dakota. In New Mexico, we saw the first Native American woman elected to Congress and the first Democratic Latina governor. Kansas also elected a Native American woman and saw their first openly LGBTQ candidate to win a major office. Texas voted in not one, but two Latina congresswomen. Michigan and Minnesota elected Congress’ first Muslim representatives. This isn’t an exhaustive list. I could go on for 20 more minutes, a fact that leaves me breathless.

So, what’s different about this moment? Why now? Well, a couple of key things are happening.

Not talking, working. Not suffering in silence, rolling up their sleeves. Women have put themselves forward in record numbers. They are working, driving, moving, collaborating, building.

In January of this year, NBC reported that more than 500 women put their hat in the race for major offices, more than double the numbers we saw in 2016. In congressional primaries across the U.S. this year, 476 women ran, many of them first-timers.

Is this a reaction to the Trump presidency? To #MeToo? There isn’t one answer to this, but I appreciate the quote attributed to Margaret Thatcher when she said, “In politics, if you want anything said, ask a man. If you want anything done, ask a woman.”

According to Axios, more women are registered to vote than men, women vote in higher numbers compared to men and there’s been a gender gap in every midterm election since 2006 and every presidential election since 1980. Women are getting the job done.

Women are leading the way on inclusion and diversity

We’re not only seeing more women representing minority communities running for office, we’re seeing many of their policies driving progress for all Americans.

Incredible numbers of female candidates are leading the policy conversation around preserving the Affordable Care Act and defending the coverage of pre-existing conditions, an issue that affects more than a quarter of adults under 65. Women are fighting for protections in the treatment of racial and ethnic minorities, including preserving DACA (Deferred Action for Childhood Arrivals) and protecting immigration rights while creating tighter border controls. Women are fighting for their own reproductive rights and driving policies that protect women’s equality, and the same is true for LGBTQ rights. We’re fighting for the environment and to reverse the effects of climate change.

And that’s because the women on the forefront realize that all people matter. They recognize that being a woman doesn’t mean you are focused on a single fact, your womanhood and only making progress around what is deemed a women’s issue.

It strikes me, as a woman and as a business owner, that we have a lot of parallels to this scenario. The majority of our industry’s leadership looks a whole lot like Congress. And our industry is, like the country, changing in ways we cannot be sure will always be positive.

How can we apply the learnings from the midterms at this moment? Well, for starters, let’s commit to action.

Women, let’s put ourselves up for the job. Fight for the promotion. Open the company. Roll up our sleeves and get it done. We’ve got a lot of “voters” supporting this progress. And a note to the voters: Use that energy to rally around these candidates. Help them navigate their way. Support and champion them. Write your postcards. This means you, too, men. We need you now more than ever. Find the talent, support the talent, coach the talent. Follow them through their careers.

Let’s also look to bring others along with us, paying special attention to those that may have previously been overlooked. Let’s build our coalition of strong and supportive men. Let’s build companies and teams that are inclusive and that look out for those people and issues that have not been treated fairly. Let’s stand for humanity, collaboration, ethics. Let’s honor our audiences, our clients, our teams. Let’s fight for dignity for our people and our industry. Let’s become an industry that fights for each other, too. When a client doesn’t work for you, recommend another agency. When a talent is ready to leave your company, help them succeed at their next venture.

Let’s bring our bias for action and our strength in diversity to progress this wonderful, complicated, important industry that is in our hands to preserve, just as we’re doing for this country we love.