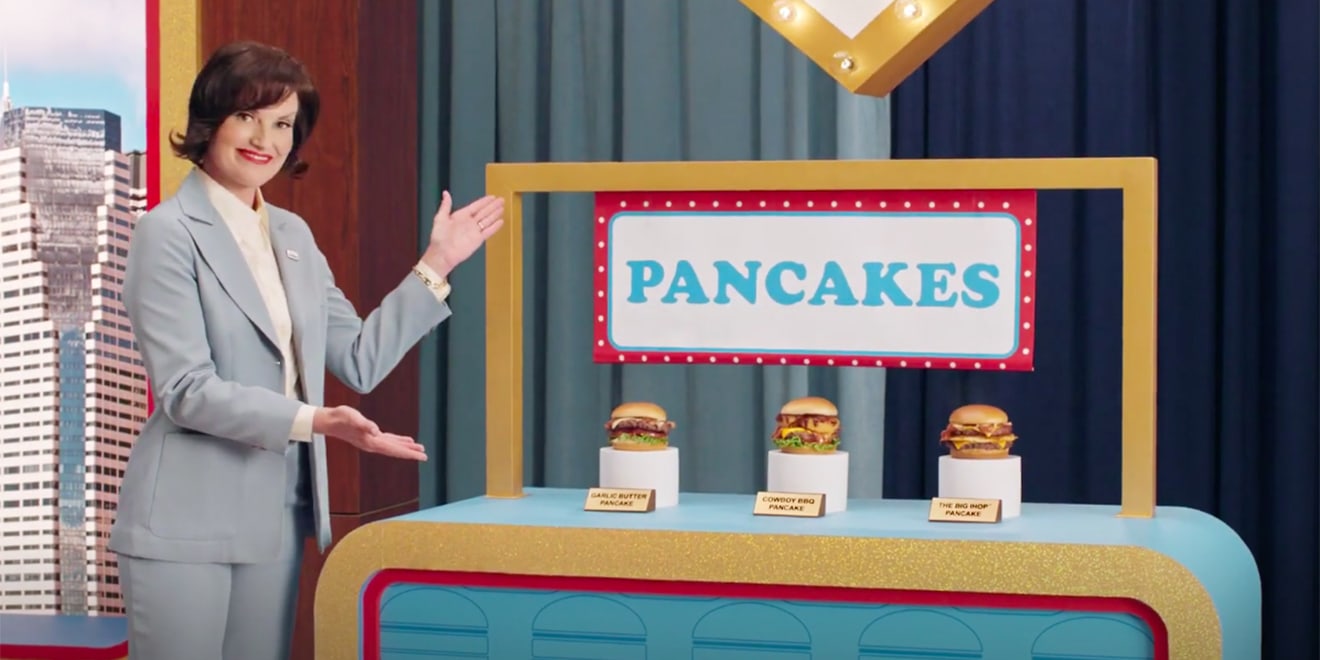 No, really. They're pancakes. (At least, according to IHOP.) - Credit by IHOP

Every year, there is one campaign case study that seems to pop up constantly. We all remember (though some would like to forget) Oreo’s “Dunk in the Dark” during the 2013 Super Bowl. The same could be said for Fearless Girl, the statue that spawned a record 12 billion (hyperbole) think pieces and an equal number of recaps.

Last year, the darling of the circuit was IHOP’s stunt, where the chain temporarily changed the name of the brand to IHOb to promote its line of burgers. Eyes may have rolled, yet, as their case study brethren note above, the campaign was a resounding success, capturing some significant buzz and substantially boosting traffic to the restaurant.

Today, the brand is taking that year of living effectively into a new direction, with a new campaign gleefully promoting its namesake: pancakes. Yet it’s actually all about burgers again.

Yeah, we were trying to figure that out ourselves, but a series of ads from Droga5 introduces a limited-edition line of three burgers that IHOP is calling “pancakes,” one of which actually has a  buttermilk pancake stacked on it.

This Jedi Mind Trick is an attempt to stay with what the brand knows best, lest the internet gets upset again over an effort to talk about something other than breakfast as IHOP did last year.

“That was hard for a lot of people to accept since they’d always known IHOP primarily as the breakfast and pancake place,” said Brad Haley, IHOP’s CMO. “So they took to social media to tell us—often in no uncertain terms—to stick to pancakes.”

With less-than-pleased consumers in mind, the agency also created a digital extension for the campaign that, according to Haley, will hopefully “engage last year’s naysayers and convert haters into eaters.

“Those who tweeted something, shall we say, unkind last year may find that they’re on The Bancake List, an aggregated list of Twitter users who tweeted at IHOP to stay in its lane,” he added. “Fortunately, there is a way to get off The Bancake List. All they have to do is tweet something nice about IHOP’s pancakes/burgers, and they’ll be removed.”

People who were positive about the change last year will receive undisclosed rewards as well.

Say what you want about IHOb and these stunts, but the brand has a pretty good idea of what it’s doing if you dig a little deeper. Plus, it’s refreshing to see IHOP not only be so self-aware but willing to put another chip on the table to see how consumers will react.