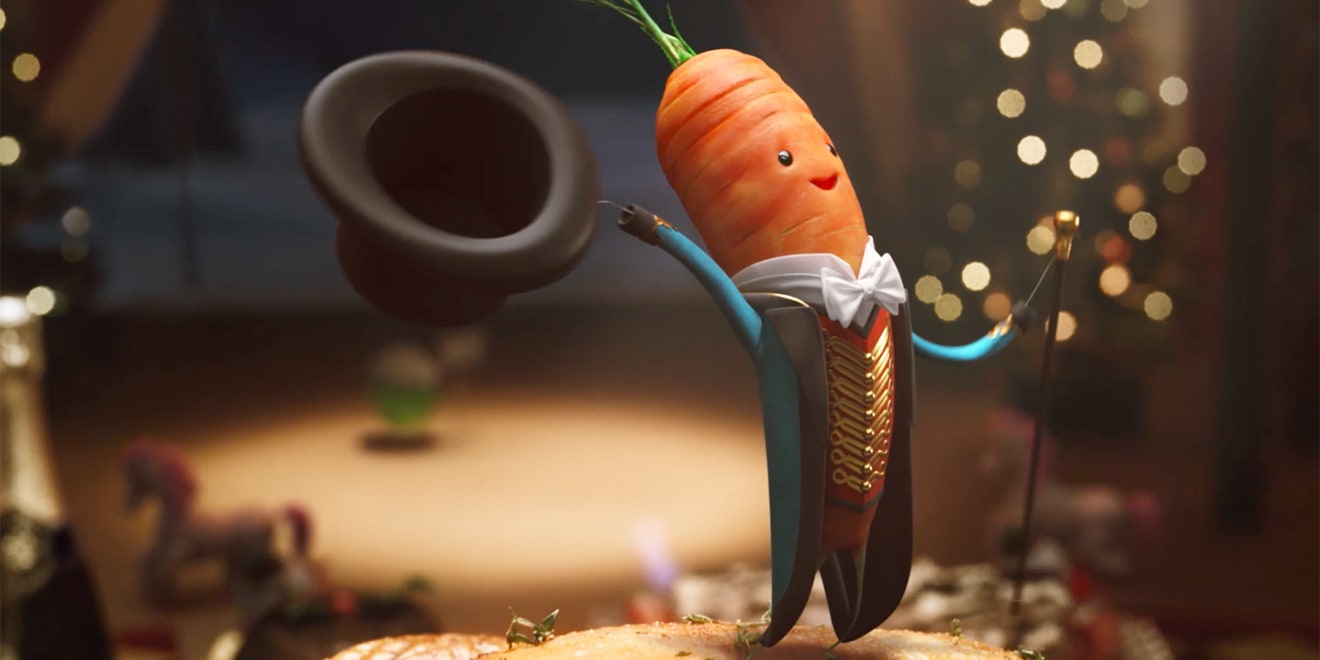 Discount grocer Aldi struck spokesveggie gold in 2016 when its holiday ad star, Kevin the Carrot, made his debut in a spot about elevating the role of produce in Christmas dinners.

Since then, he’s become an annual fixture of the British holiday ad season, and we’ve watched his world grow to include a family and even a litany of villains. (Last year’s foe was a dastardly parsnip, “the root of all evil.”)

For 2019’s holiday spot, agency McCann U.K. again puts Kevin in peril, this time roped to a grater and facing an angry mob of Brussels sprouts led by a Brummy thug named (sigh) Russel Sprout. Luckily, our hero quickly escapes to put on a holiday show that’s a visual and literal feast.

“Kevin’s popularity grows every year, and he’s becoming something of a national treasure,” says Sean McGinty, marketing director of Aldi U.K. “Kevin’s magical Big Top is the perfect environment to showcase the amazing quality of the Aldi Christmas range of food and drink this year.”

You can get caught up on the four-year Kevin the Carrot story arc with the previous holiday spots below, followed by the credits for this year’s Christmas ad.