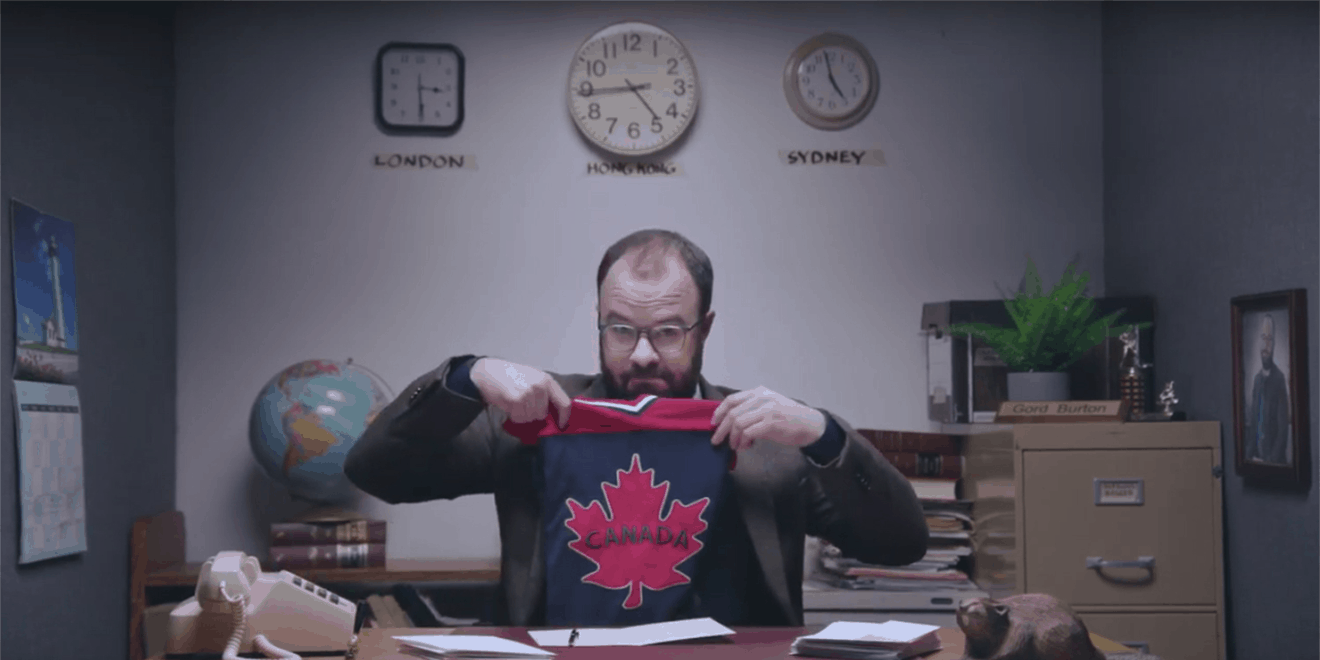 Gord Burton, of the fictional Candian Bureau of Foreign Apologies. - Credit by Outside Thinkers

When digging into the various departments, bureaus and agencies that legislate in massive countries, it’s easy to be surprised by some of the groups you come across. America, for example, has 57 federal agencies that begin with the letter C.

So when a non-profit in Canada created a fictitious Canadian Bureau of Foreign Apologies, it actually felt, in a way, genuine. The lead for this agency, who plays off Canada’s affinity for apologizing, is Gord Burton, a bearded man with a wry sense of humor.

What is Burton apologizing for? Canada’s inaction on climate change. Specifically, how Canada failed to reach the goal set in the 2010 Aichi Biodiversity Targets that had 195 countries agree to protect 17% of the country’s land by 2020. According to Burton, Canada in 2010 had protected 10.6% of the nation’s total area, now, nine years later, that number has only increased to just over 11%. For that, Canada must say sorry.

The campaign also takes the time to send personalized messages to individual countries that have already well exceeded the mark set. Some of these countries had a reasonably easy time doing so. Take the letter to Monaco, for example. To meet the Aichi Biodiversity Targets the second smallest country in the world only had to protect 85 acres. Still, other countries like Brazil—the world’s fourth-largest country—claim they have protected 29% of the country.
In addition to the videos, the faux organization placed OOH and print ads in countries like the U.K., Bhutan, Malta and Greenland. 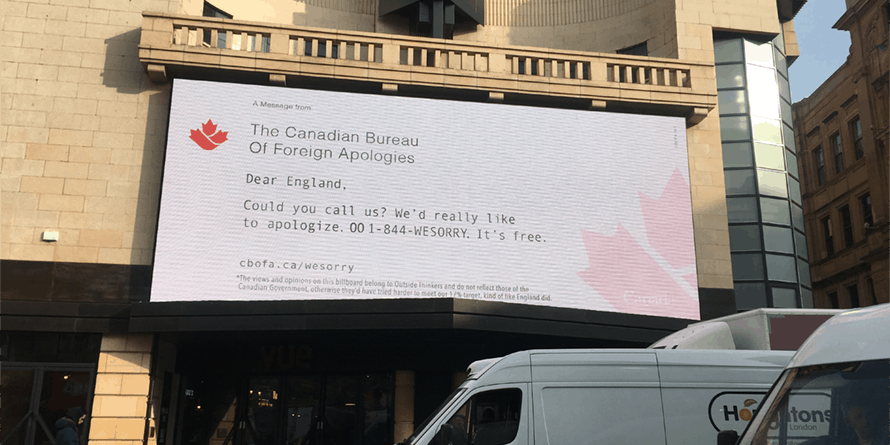 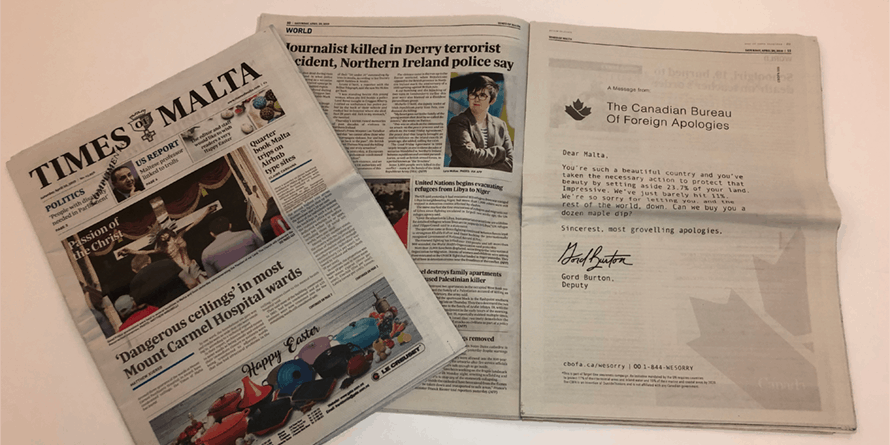 It even sent a message of contrition to climate activist Greta Thunberg, who made her way to New York for the UN’s Climate Action Summit.
Canada is the second-largest country in the world at nearly 10 million square miles. They trail only Russia, and both countries are so large because they include vast swaths of uninhabitable arctic land. Canada’s increase of 10.6% to “just over 11%” (let’s call it 11.1%) still represents an additional 50,000 square miles. That tiny percentage is even more land than the entire country of Hungary, another government to receive an “official” apology.

Here is what a country must do to claim land as a protected territory according to the Aichi Biodiversity Targets: “By 2020, at least 17% of terrestrial and inland water, and 10% of coastal and marine areas, especially areas of particular importance for biodiversity and ecosystem services, are conserved through effectively and equitably managed, ecologically representative and well connected systems of protected areas and other effective area-based conservation measures, and integrated into the wider landscapes and seascapes.”

This isn’t to say Canada can’t be doing more to work against climate change, just that Canada has a unique situation when dealing with percentages of total land. While picking nits, this agreement is only one out of 20 each country made when agreeing to the Aichi Biodiversity Targets. How Canada is faring on the other 19 is still a mystery.

Still, climate change is the most critical issue for humanity, and if Canada agreed to the target set in 2010, then Prime Minister Stephen Harper had to think at least it was possible to reach that goal. If Canada had even bumped it up to 13 or 14%, Outside Thinkers might not have chosen to make a video targeting this failure. The video does an excellent job of bringing this issue to light for Canadian citizens, ending with a call to action to talk to local government officials—especially those with puzzling acronyms—including Run DMC.