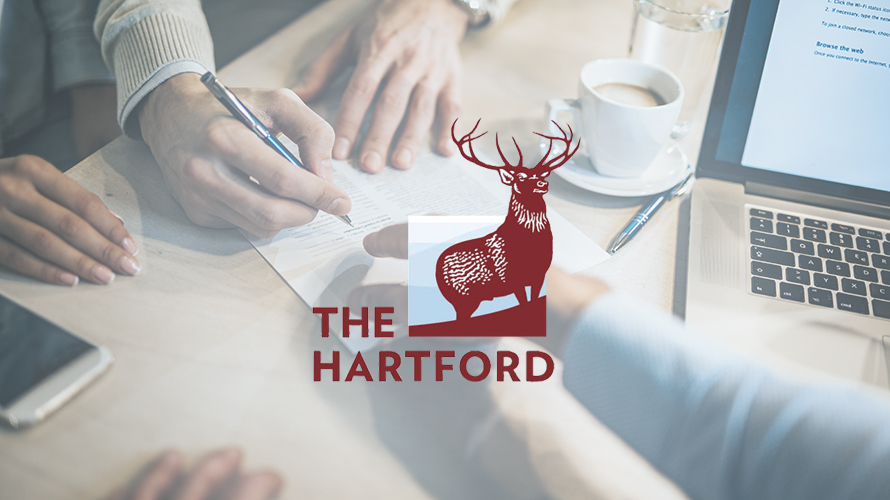 - Credit by Getty Images, The Hartford

The Hartford previously employed Rodgers Townsend as its lead creative agency but recently (it’s not exactly clear when) the company said it began approaching a select group of small shops to pitch for the account. No formal RFP was launched. The Hartford declined to comment on whether Rodgers Townsend was asked to defend the business or which other agencies competed.

A Kantar Media report shows The Hartford spent $40.3 million on marketing in the U.S. last year and $51.6 million in 2016. Crossmedia handles media duties for the company.

“We believe small businesses are critical to the success of our country, local communities and our company,” Kathy Bromage, The Hartford chief marketing and communications officer, said in a statement. “Hiring Terri & Sandy to create our advertising puts our belief in entrepreneurship into action.”

In a separate statement to Adweek, Bromage declined to explain in detail why the company was looking to partner with a new creative agency now but said “we routinely evaluate partnerships and opportunities.”

Terri & Sandy has already begun work on The Hartford’s small commercial line and will handle the company’s branding and creative platforms across its entire business going forward.

Founded in 2010, Terri & Sandy said one of its first orders of business then was obtaining insurance through The Hartford.

“We wrote a check for The Hartford Small Business Insurance before we even had an office,” Terri Meyer, agency co-founder and co-CEO, said in a statement. “The company played a pivotal role in allowing us to get off the ground. Years later when they called about working together, it felt like this was meant to be.”

Bromage added: “We wanted a partner that shares our customers’ entrepreneurial spirit. Terri & Sandy authentically speaks to small business owners because they’ve lived and breathed the joys and challenges of starting and running a small business.”