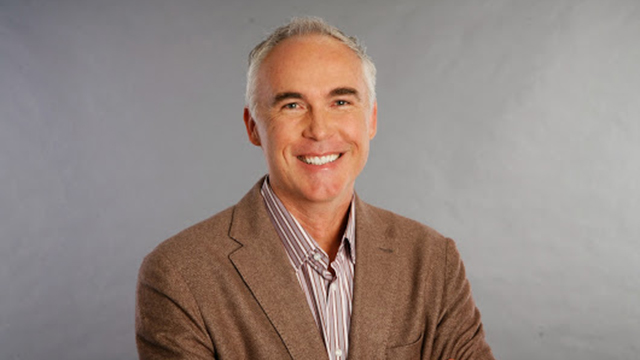 Elms’ appointment is effective immediately—and first on his client list is none other than his former employer. - Credit by Barkley

Today, Kansas City’s Barkley announced the hiring of IPG veteran Jim Elms, who will hold two roles as both chief engagement officer of the indie agency and CEO of its consulting arm, FutureCast.

Elms’ appointment is effective immediately—and first on his client list is none other than his former employer.

The incoming executive spent nine years at IPG, most recently serving as managing director of the holding company after leading Initiative, its media network. He also helped lead the team that won last November’s global Amazon pitch for Mediabrands; because of that experience, IPG has engaged FutureCast to work on key projects related to its Amazon business.

“Pushing the boundaries on the future of communications strategy has always been one of Jim’s passions,” Philippe Krakowsky, IPG chief strategy and talent officer and chairman and CEO of IPG Mediabrands, said in a statement. “We’re excited to see where that journey takes him and to continue our working relationship with Jim through the partnership between FutureCast and IPG.”

Elms told Adweek that he began having serious discussions with Barkley CEO Jeff King and Dan Fromm (COO and president) about a year ago. Having “done a lot” in his career (including an earlier stint with Barkley from 2005 to 2007), Elms said he had “this entrepreneurial itch” that the independent network could satisfy. “I need to scratch with these guys,” he told IPG.

The incoming executive was pleased to learn of IPG’s interest in employing FutureCast on its Amazon business.

"We're going to give that group a challenge of being the most Amazon-knowledgeable marketing team in the world."
Jim Elms, FutureCast CEO, Barkley chief engagement officer
“Having Jim back is amazing,” Fromm said. “We’ve always had a great relationship and stayed in touch ever since he left. With Jim’s experience in really focusing on modern consumers, it’s a perfect fit. It will help us build on this understanding of modern consumers and helping brands connect to [them].”

As chief engagement officer of Barkley, Elms will be tasked with bringing scale, data capabilities and creativity to the agency’s media consultancy. And as FutureCast’s CEO, he will combine the firm’s existing generational research—which is focused on the millennial and Gen Z cohorts—with his own expertise in modern communications, planning and emerging tech to create products for brands that better connect them with these young customers.

Elms has already started building out a media capability to provide independent consultation to large clients and creative shops alike. Based on his work with Amazon, he will also drive an expanded practice with a particular focus on helping marketers plan their strategies around the tech company’s massive ecosystem.

He said his engagement team at Barkley will be comprised of 40 to 50 employees and that he has begun recruiting for “people who can think quickly, respond quickly and who are really [driven by] curiosity.”

“We’re going to give that group a challenge of being the most Amazon-knowledgeable marketing team in the world,” Elms said. “I’ve worked with Amazon for five years, so I am super familiar with how they operate; their ecosystem is so vast, it’s a challenge [for marketers] to really understand all of the different value propositions within Amazon—let alone link them together to make perfect sense for brands.”

He added that this is “a monster goal, and it’s going to take us a while to get there, [but] that’s really going to help differentiate our perspective.”

Elms noted that all of the research conducted at FutureCast will “bounce back” and impact the work Barkley does for its clients.

“We are excited to welcome Jim back to Barkley,” King added in a statement. “As an independent agency, we have invested heavily in understanding modern consumers, and we are fixated on how brands connect to people through shared interests and contexts. Jim has built his career around these ideas.”

Prior to his time at IPG, Elms served as head of global strategy at UM and held stints at Grey, Goodby Silverstein & Partners and Wieden + Kennedy in addition to his time with Barkley.