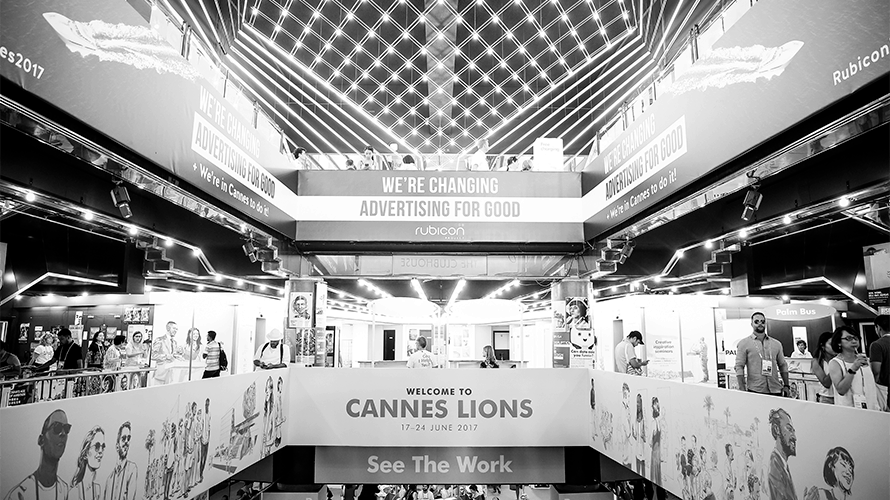 Many predict that related conversations will develop organically. - Credit by Cannes Lions

There is little doubt that the atmosphere at this summer’s Cannes Lions Festival of Creativity will be different than in past years. But how dramatic will the change be, and how much of a difference will it ultimately make?

Over the last six months, sexual harassment and gender equality have been the most heated topics of conversation across the agency world as a series of high-profile men lost their jobs following accusations of sexual misconduct.

The entertainment industry is still in the midst of its own reckoning, which started last October when Harvey Weinstein’s accusers first went public. May’s Cannes Film Festival subsequently turned into a referendum on harassment and inequality by way of a highly publicized hotline, a powerful speech in which actress Asia Argento accused Weinstein of raping her at the very same event years earlier and a red carpet protest demanding greater representation for female directors.

Despite a parallel between the two festivals, many ad industry leaders—along with this year’s program itself—suggest Cannes Lions will address the matter in a much more restrained way.

Talking around the issue

This five-day agenda includes one official panel, titled “Never Finished,” in which #MeToo founder Tarana Burke, Levi-Strauss CMO Jen Sey and FCB West CCO Karin Onsager-Birch will discuss female empowerment and “the power of authentic self-expression.” Two other events concern the future of masculinity and the Miss America pageant “in the age of #MeToo.”

The Female Quotient’s Girls’ Lounge is also hosting an “Equality Party” sponsored by Deloitte Digtal on Monday, and CEO Shelley Zalis said, “We are completely supportive of every movement that encourages people to stand up, stand out and stand together.”

But Cannes Lions 2018 includes no panel dedicated to discussing sexual harassment in advertising—and some see this as a glaring omission.

"It’s surprising—it’s almost ballsy, actually—that they would not address the biggest elephant in the room at the biggest industry event."
Pam Fujimoto, executive creative director, Wongdoody
“Cannes has long celebrated creativity, but it is time to also look at the culture from which it arises,” said Kat Gordon, founder of The 3 Percent Conference. “At a time of deep disruption in our industry and beyond, the lack of formal programming at Cannes around #MeToo is a huge missed opportunity for agencies, holding companies, the brands they serve and the people they employ.”

Wongdoody executive creative director Pam Fujimoto, who has attended Cannes twice in her agency career, added, “It’s surprising—it’s almost ballsy, actually—that they would not address the biggest elephant in the room at the biggest industry event. I think it sends a message that they’re not recognizing the problem.”

Others were more equivocal.

“I’m not sure if I was expecting them to do something, if I’m honest,” said Wieden + Kennedy co-CCO Colleen DeCourcy. One reason Cannes Lions will never approach the matter as aggressively as its film equivalent, she said, is that “most of the people in the entertainment industry are on contract, so they do speak for themselves and their careers.”

Advertising professionals, on the other hand, represent both their employers and the clients—which makes it harder for whistleblowers to speak out. Regarding groups like Time’s Up Advertising, of which DeCourcy is a founding member, the agency leader said, “It’s such a fine line that we’re asking these ladies to walk, and I’m super grateful.”

Cannes Lions executive festival director Louise Benson acknowledged that “gender and the many related discussion points around that” had “been brewing as a hot topic” since she joined the organization in 2014 before they “exploded” this year.

But unlike its film counterpart, Cannes Lions prefers to avoid certain kinds of controversy.

“There are broadly similar objectives we support: zero tolerance of harassment; encouraging the industry to be the best it can be; and ensuring every type of person is treated equally and with respect,” Benson said. “But there appear to be schisms [within the movement], and we strive to be neutral.”

Referring to Tarana Burke’s presence at Cannes this year, Benson said, “obviously, this is a discussion that will be aired formally on our platform as well as informally in and around Cannes.” One such informal event is IPG’s eighth annual Women’s Breakfast in Cannes, which will include a conversation with Burke, Gloria Steinem and Deutsch president Kim Getty.


Cannes’ overarching goal, Benson added, is to “encourage debate to move forward in a tolerant way.”

"You can be sure conversations will be had by women AND men while we are all gathered there at Cannes to celebrate our industry."
Kat Gordon, founder, The 3 Percent Conference
@ErikDOster erik.oster@adweek.com Erik Oster is an agencies reporter for Adweek.
@kitten_mouse lindsay.rittenhouse@adweek.com Lindsay Rittenhouse is a staff writer at Adweek, where she specializes in covering the world of agencies and their clients.
@PatrickCoffee patrick.coffee@adweek.com Patrick Coffee is a senior editor for Adweek.