As talk of advertising’s existential crisis heats up, attendees are asking themselves yet again what all this ostentatious hoopla is really worth. Animation: Breana Mallamaci; Sources: Getty Images

Every year, the world’s top marketing professionals gather at the Palais in Cannes, France, where the annual Lions festival is held.

In a now-familiar narrative, holding company executives pop corks alongside CMOs and tech titans on yachts rented for $1 million or more as up-and-coming creatives party on the beaches, rubbing elbows with A-list celebrities like Gwyneth Paltrow and Channing Tatum.

Cannes and parent company Ascential made a very public effort to rein in past excesses in 2017, but the festival is still, by no means, cheap. And this year, as talk of advertising’s existential crisis heats up, attendees are asking themselves yet again what all this ostentatious hoopla is really worth.

“It continues to get more and more excessive, whether it’s expenditures on a yacht or taking 500 people to dinner,” said one agency executive attending Cannes this year who wished to remain anonymous. “Half the crowd is just there to be seen and party.” 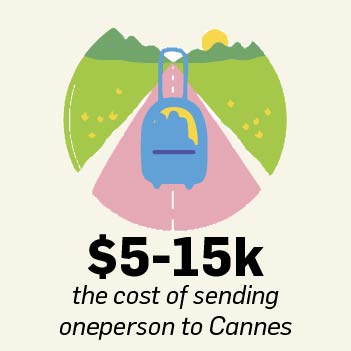 That executive said his agency has “evaluated” hosting some big event in the past (they currently hold intimate gatherings with clients), but realized it was all “an ego play” and therefore “didn’t make sense.”

The price for one individual to attend could range from $5,000 to $15,000, depending on variables like hotel and airline choice. Several industry sources said the cost of a beach activation is about $50,000, excluding staffing costs, and one individual estimated a $2 million bill for a week-long beach space rental.

According to YachtCharterFleet, those looking to rent a yacht for a week should be ready to pay anywhere from $490,000 to $2.1 million. One source said his ad-tech company will spend around $50,000 this year just to rent a small space on another company’s yacht.

Despite all these eye-opening numbers, the vast majority of sources who spoke to Adweek for this story said Cannes is still worth the expense. For most agencies, it will continue to be an opportunity to connect c-suite executives with those on the brand side as well as a place to absorb work from around the world.

Price Glomski, evp of PMG, said his agency will be sending a small group of four, along with three client representatives, to Cannes this year. 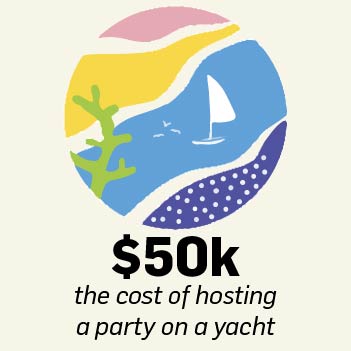 “PMG considers these events to be a relational center point more than a celebrated presentation,” Glomski said. “For a mid-size agency like us, we have found tremendous success in using these programs to curate a conversation between the brand c-suite and their top-tier or future-tiered partners.”

Walrus co-founders Frances Webster, COO, and Deacon Webster, CCO, will be representing their shop at Cannes this year to seek out new talent, meet other agency leaders and connect with existing and potential clients.

Webster told Adweek that yes, Cannes is about the work—but “as an industry, we need to have more fun … and it’s super important to see what’s going on around the world.”

She said few business deals are signed at Cannes, but connections made there can then lead to a new account or project later down the road. And Lions wins are still critical to creatives, especially young ones looking to bolster their reputations and pad their portfolios.

Yet Christie Cordes, veteran talent scout and founder of Ad Recruiter, said fewer agencies are looking for Lions on their new hires’ resumes.

“One of the things agencies are really cognizant of are egotistical candidates,” Cordes said. “One of the first things clients will say is ‘I want someone with humility.’ A Cannes Lion is going to attract them, [but] that’s not the end of the end.”

One anonymous agency executive said, “I think awards can be a signal of talent, but I don’t think they’re the only signal of talent.” This person said that today’s young creatives show up to party while “awards have taken a back seat.”

Abbey Klaassen, 360i New York president, said that if agencies would “reset their agendas to be less frivolous and more purposeful, more people will be at Cannes to have meaningful discussions and get stuff done.” 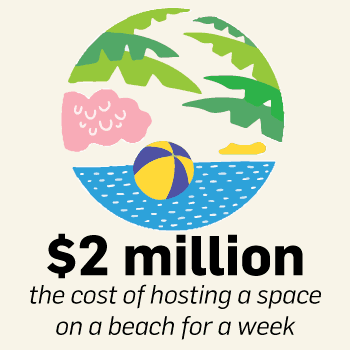 Another anonymous agency executive said that company morale doesn’t benefit when a shop that has been losing accounts and laying off employees still spends millions at Cannes. It’s no secret that creative agencies have been under immense pressure lately as historically big spenders like P&G and Unilever cut back on their marketing budgets and more shops compete for project-based work.

“Where you decide to spend money sends a signal to the agency,” the executive said. “If you’re not giving raises but throwing this big awesome yacht party, how do you think that makes the thousands of people not at Cannes feel?”

One industry leader said he hopes an increased focus on conversations around #MeToo, diversity and inclusion will allow a new wave of thinkers to rise into C-suite roles and “throw a wrench in the Cannes built by stodgy old white guys.”

Cannes is “never going away,” he added, but it’s due for a refresh—and that doesn’t just mean cutting a few more events from the schedule.