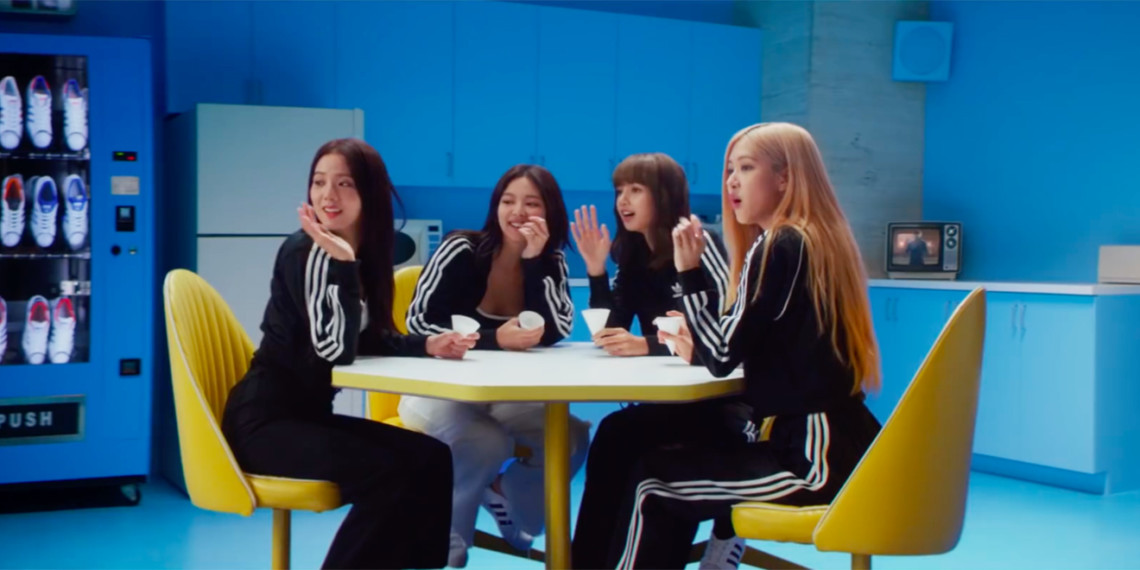 K-pop superstars Blackpink appear alongside a litany of other creators in the 60-second spot. - Credit by Adidas Originals

Adidas Originals has gathered some of today’s biggest names in music, fashion, sports and art to launch a new campaign celebrating 50 years of the brand’s classic Superstar sneaker. Leading the team is the company’s latest brand creator, Jonah Hill, who directed and narrated the short film “Change Is a Team Sport.”

The Superstar sneaker was created after the 1969 NBA championship series and is now worn by athletes and sneakerheads alike. With a wide range of wearers, Adidas decided to mimic the versatility with a mix of talent in the minute-long spot. It opens with skater Jenn Soto arriving at a facility packed with a wide range of talents, such as musician Pharrell Williams, rapper Jackson Wang, actress Yara Shahidi, Fortnite streamer Ninja and K-pop group Blackpink.

Over a loudspeaker, Hill narrates as Soto glides through the different groups rocking their craft.

“Activities are about to commence,” the voice says. “Before they do, I just want to say, ‘Let’s remember why we’re here.’ We’re here to change things. We can all do amazing things on our own, but together, we can do so much more.”

Hill made his directorial debut in 2018 with the coming-of-age film Mid90s, which centers on another skater, though that 13-year-old protagonist like wouldn’t care as much about what’s on his feet.

With “Change Is a Team Sport,” developed by Adweek 2019 Breakthrough Agency of the Year Johannes Leonardo, Hill has put a lot of thought into the footsteps of those who came before and those who will come after in the world of sports and art.

“There’s no knowledge without the older generation who did it first,” Hill said in a statement about the video project. “And there’s no change or progression without the new generation. So if those two generations come together, I feel like that creates the atomic charge for great art and great creativity.”

The short film made its debut during Sunday’s 62nd annual Grammy Awards. While the classic shoes are central to the messaging, the sharing in creative expression is really at the heart of the spot.

“’Change Is a Team Sport’ celebrates the idea that when creators join together, we can drive and inspire change,” said Torben Schumacher, general manager of Adidas Originals. “Much like the way the Adidas Superstar has been the shoe for game-changing creators and teams for 50 years and counting, we’ve looked to our Adidas family to inspire the next generation and create a new legacy for one of the most iconic shoes of all time.”

Playful and earnestly uplifting, the film manages to take an established product and reintroduce it in a fresh way thanks to a well crafted story and a well recruited team of tracksuit-wearing, sneaker-loving compatriots. The brand is known for bringing top talent onto its team—even creating personalized billboards for influencers to promote a new shoe—and this spot continues the focus on diverse creators in a way that’s not overly chaotic or drenched in egos.

And, yes, the sneaks are still kickin’.