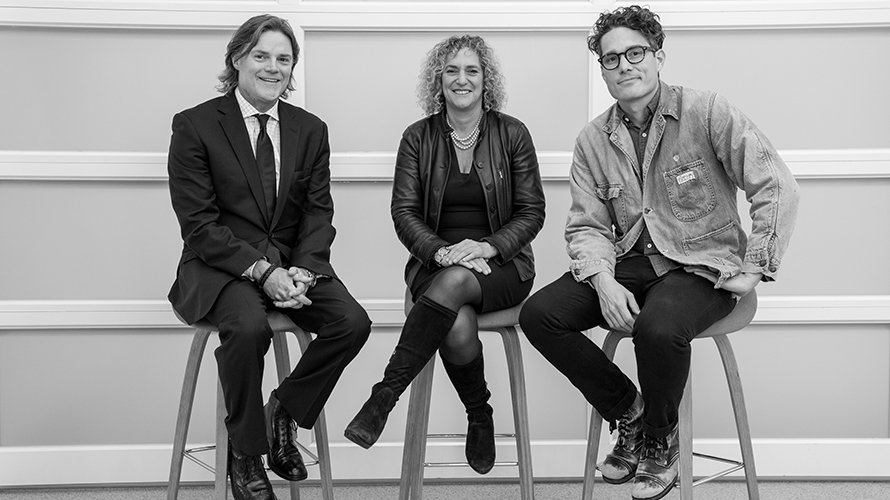 “Simon joined the agency in 2015 and has been a significant player in the resurgence and growth of mcgarrybowen U.S.,” a mcgarrybowen spokesperson said in a statement on Pearce’s departure. “There is a succession plan already in place and Simon will be working with us over the coming weeks to ensure a smooth transition. We are grateful for Simon’s many contributions and wish him all the best of success.”

Along with Pearce’s appointment, JWT elevated several of its employees including Ben James to chief creative officer of JWT New York; Susan Kim-Kirkland to chief marketing officer of JWT worldwide; Brent Choi to president of JWT Canada and CCO of global brands; and Stefano Zunino to chief transformation officer, a newly-created role at the WPP-owned agency.

JWT also announced the departure of Lynn Power, formerly CEO of JWT New York. The only explanation the agency offered for her exit was that she plans “to pursue an entrepreneurial opportunity,” according to a statement today.

“Over the past year we have rethought our business, overhauled our capabilities, focused on how to operate more like an agile startup and upgraded and diversified our talent,” JWT CEO Tamara Ingram said in the statement. “With this new leadership team in place, we are poised to truly reimagine the future of J.Walter Thompson.”

Pearce, in his new role, will be tasked with driving the overall strategy and growth of JWT, leading development efforts, overseeing client relationships and “accelerating the agency’s nontraditional offerings” across its U.S. offices, according to the agency’s statement. Prior to joining mcgarrybowen, he held stints at Omnicom, BBDO, Ogilvy & Mather New York, Wieden + Kennedy, Young & Rubicam and McCann Erickson.

James, previously JWT’s managing director of creative innovation, will report to Pearce as CCO of New York, responsible for the creative vision of the agency’s flagship office. Kirkland, the former president and CEO of JWT Canada, will now be responsible for overseeing the growth and direction of JWT’s client relationships and marketing strategy. She will maintain her position as CEO of the Canadian division, while Choi takes over her role as president.

Choi, in his dual role as president of JWT Canada and CCO of global brands, will oversee all Canadian operations while he continues to lead the agency’s creative vision on key global brands, according to JWT. Choi previously served as both the CCO of JWT New York and Canada, and will now report simultaneously to Pearce and Matt Eastwood, worldwide CCO.

Zunino first joined JWT in 2005 as CEO of Brazil and, in 2014, he was promoted to CEO of Latin America, a role he will maintain even as he tacks on the title of chief transformation officer. In his additional role, Zunino will be responsible for directing change at the organization to capitalize on areas of growth.

The shakeup at JWT comes as its parent organization, WPP, appears to be conducting a reorganization in Spain—which seems to be led in part by Gustavo Martinez, JWT’s former global CEO and chairman ousted by the agency two years ago after he was accused of sexual harassment and discrimination. After the lawsuit by global head of public relations Erin Johnson was filed against Martinez, accusing him of “an unending stream of racist and sexist comments,” he left JWT but seems to still have ties to WPP.

In October, Martinez made his first public appearance on behalf of WPP, at which time he revealed that he is overseeing a reorganization of its operations in Spain.