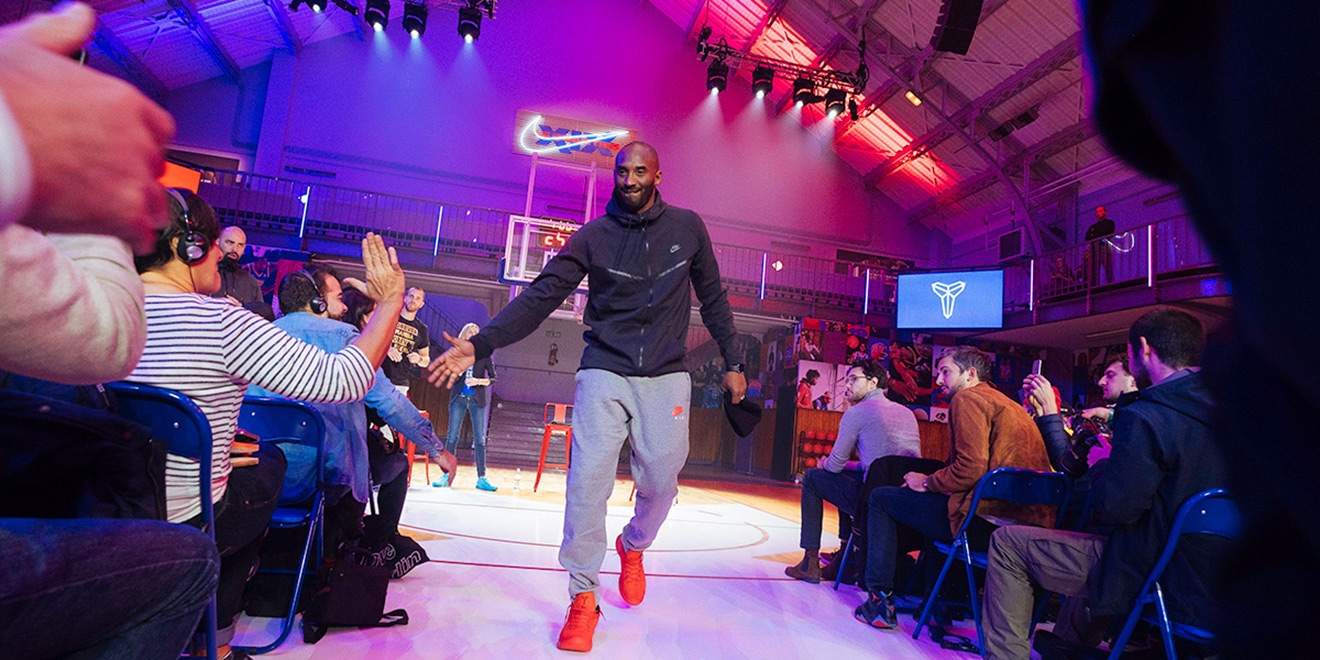 Last week, Sid Lee announced the acquisition of Yard, a creative and production agency in Paris, effectively integrating the shop into Sid Lee Paris. Among the reasons for its appeal, Yard boasts a client roster that includes Beats by Dre, Jordan, Red Bull, Converse and Nike.

It appears Bryant’s skills haven’t waned much since his retirement last year, judging by this shot he made at the VIP welcoming dinner, which subsequently went viral after soccer phenom Neymar Jr.—who recently joined Paris Saint-Germain after four years with FC Barcelona—shared the video.

Nike promoted the sport (the second most popular in France behind soccer) and the new NBA season for three days in Paris’ 19th arrondissement, hosting a range of activities. Bryant attended the inauguration for a new court at the local Jean Jaures gym, courtesy of Nike, complete with brand new locker rooms, scoreboards and equipment.

Yard organized the campaign, which included activities such as a “Mamba Clinic” hosted by Bryant, a pop-up store featuring the latest from designer Riccardo Tisci, a pop-up Air Force 1 store featuring customizations from artist Tyrsa and illustrator Yue Wu as well as a tournament of the eight best junior basketball teams from Paris and its surrounding suburbs, which culminated in a trophy presentation featuring Bryant himself.