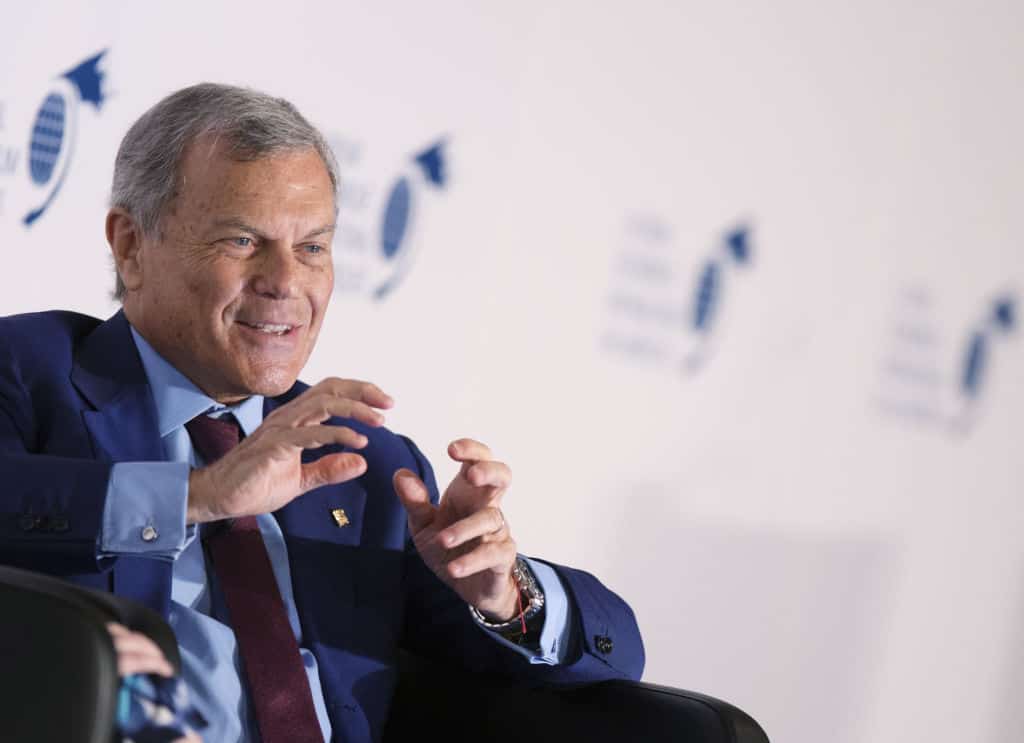 Today the former WPP CEO’s new holding group, S4 Capital, confirmed widespread rumors that it has agreed to acquire digital production company MediaMonks in “a transaction that seeks to create the digital platform of the future.” Multiple reports list the price of the deal at approximately €300 million ($350 million).

“This represents a significant step in building a new age, new era, digital agency platform for clients,” read a statement attributed to Sorrell and distributed by MediaMonks’ PR firm. “MediaMonks’ roots are totally in new media, and data, content and technology. Our next moves will be to build this platform further and to add meaningful data analytics and digital media buying.”

The legal battle between the two parties, however, shows no sign of stopping.

Sorrell abruptly resigned from WPP in April after more than three decades. As he began to re-enter the spotlight two months later, he repeatedly compared his new venture to a harmless nut. “I don’t see why anyone would be worried about a peanut, though it does occur to me that some people have peanut allergies,” he told a crowd gathered to hear him speak during June’s Cannes Lions Festival of Creativity.

WPP continues to disagree with that characterization, arguing that the MediaMonks deal violates an agreement Sorrell signed upon leaving the company and threatens the $26 million still owed to him as part of his existing incentive plan.

“WPP’s lawyers wrote to Sir Martin’s lawyers last week pointing out the breach of his confidentiality undertakings in his approach to Mediamonks after his resignation from WPP,” said a representative based in the company’s London headquarters. “Despite subsequent protestations from Sir Martin’s lawyers, we are well aware of the facts and he has jeopardized his LTIP entitlement.”

“Sorrell strenuously denies WPP’s allegations,” a spokesperson for the executive replied. “We’re happy for the facts to speak for themselves.”

However the legal matter plays out in the coming weeks and months, it did not appear to discourage MediaMonks from accepting S4 Capital’s offer.

As noted in the official London Stock Exchange announcement, the two will now merge into a “unitary” company, with the latter’s shareholders receiving both cash and shares in the former. Derriston Capital, the company from which S4 was born, will now amend its contract with Sorrell’s group to reflect the merger and list the companies as one on the Exchange.

The two entities will “run on a single P&L basis, as clients are increasingly demanding,” the statement added.

This also means that the next few weeks will be consumed by the completion of S4 Capital’s reverse takeover of Derriston and the re-listing of its shares on the public exchange. Beyond pledging approximately $50 million of his own money and securing another $200 million in equity from other investors for future acquisitions, Sorrell has in recent weeks earned public pledges of financial support from other big names like London hedge fund owner Crispin Odey.

While Sorrell’s spokesperson declined to comment on S4 Capital’s future M&A plans, the executive’s own statement implies that his new company will now look to acquire other businesses in the data collection and media buying spaces, thereby creating a full-service suite with production at its core.

“The objective behind the merger is to provide clients with digital services, which are agile, efficient, and of premium creative quality,” read the press release, citing the company’s recent 18-lion Cannes haul. “The merger represents the first move by S4 Capital to create a new era, new media solution embracing data, content and technology, which meets client needs in an always-on environment.”